‘Maybe It Could Have Made a Difference': Wife Mourns Unvaccinated Husband Who Died From COVID-19

The family is trying to raise money to bury Freddie next to his mother with a car show fundraiser on Sunday at Nunez Park in San Bernardino.

The family of a Redlands man who organized a popular car club in Southern California is grieving in the wake of his death due to COVID-19.

Griselda Franco Perret remembered the love of her life, husband, Freddie, who died at age 39, leaving behind two young daughters.

"He just had a good heart," she said. "He had so many people he loved and loved him back. He always loved them took care of them, made sure they knew it."

Freddie was also a car club organizer who often dressed up like Santa at events for children, including some with the CHP. 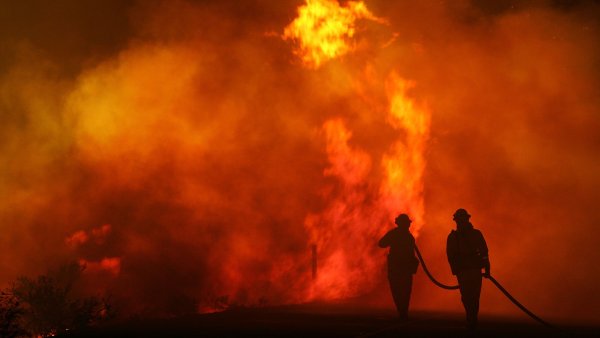 "And they would get people to donate toys, to donate to children in need," his wife said.

In August, Griselda says Freddie had trouble breathing so he went to Redlands Community Hospital. She says doctors determined that Freddie had pneumonia but his COVID-19 tests were inconclusive.

To their surprise, that's also when Griselda said they found out Freddie was diabetic. He told her they were moving him to a room so he can be on oxygen.

While being treated at the hospital, Griselda said Freddie somehow contracted COVID-19. Soon after his health declined rapidly.

Freddie sent out this heart-breaking message on social media, saying, "I got COVID now. Welp it's been a blast."

Griselda said doctors recommended that he be intubated. He said he was scared, that he didn't want to die, Griselda said.

On Sept. 24 Freddie's heart stopped beating. She watched as doctors and nurses tried desperately to keep revive him, but they couldn't.

"He needed me to be there in his final moments," she said. "No matter how hard it was. I'm glad I was able to be there."

Griselda said in March she got vaccinated for COVID-19 but Freddie chose not to.

Doctors have the vaccination is highly effective in preventing death. Most COVID deaths are among the unvaccinated.

Griselda said she wishes he would have gotten the vaccine.

"Maybe it could have made a difference."