“Maya is doing fine and her symptoms are mild, and my wife and I have both been tested and our test results have come back negative,” he said.

Mayor Eric Garcetti said Thursday that his 9-year-old daughter, Maya, tested positive for COVID-19, and although he and his wife have tested negative, he will quarantine for 10 days.

“Maya is doing fine and her symptoms are mild, and my wife and I have both been tested and our test results have come back negative,” he said.

Garcetti gave his COVID-19 update Thursday from his home instead of at City Hall, and he repeated his frustrations with the delay in the federal government's allocation of coronavirus relief funds to cities. 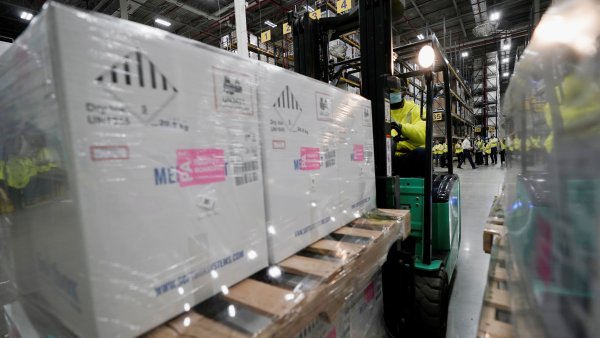 Covid: Vaccine Rollout Marred by Confusion Around the Next Shipments 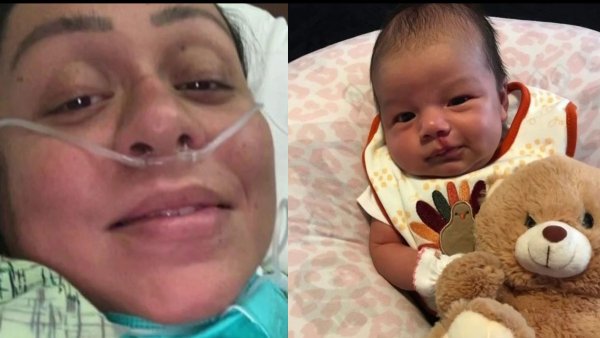 Mom Only Sees Newborn on FaceTime Before Dying of Heart Attack and COVID-19 Complications, Husband Says

Garcetti said hospital officials are telling him and his staff that if Los Angeles continues on its upward trend of COVID-19 hospitalizations through Christmas, the medical facilities will “go under,” meaning they won't be able to adequately service coronavirus patients or patients of other ailments.

He also said a countywide emergency order could be issued if hospitals are inundated with patients.

“Some hospitals can convert non-(intensive care unit) spaces into ICU spaces, but other hospitals can't,” Garcetti said, adding ambulances have to be rerouted at times if a hospital is at capacity.

An emergency declaration, he said, could force the county to enact stricter measures on businesses and order other closures to make sure “we don't have to have those harrowing visions of doctors deciding who gets that last ventilator and who doesn't.”

Garcetti said if the current trends continue for the next three to five weeks, the county's health system will “have nothing left.”

He said an initiative has been started to provide thousands of Los Angeles residents in need with $300 to buy groceries over the holidays, with funding from the Mayor's Fund for Los Angeles, which is putting $550,000 toward the initiative.

People who want to donate to the effort should go to mayorsfundla.org/covid19 for more information, he said.

Garcetti also said he was contacted by President-elect Joe Biden's administration earlier this week, asking if we would like to “serve,” but said he told them he wouldn't want to leave Los Angeles in a time of need.

The mayor did not elaborate further on what he discussed with the administration or what his service would have entailed.

“That wasn't a hard decision for me,” Garcetti said. “As the administration reached out to me about serving, I let them know early this week that my city needs me now, and that I want to be here and that I need to be here. Serving as your mayor and building on your trust and your confidence is the greatest privilege of my life.”

Garcetti said he has been advising the administration on policies and shared his perspective as the mayor of one of America's largest cities, but he said he was not motivated to go to Washington, D.C.

Protests have taken place for weeks in front of the mayor's house, organized by Black Lives Matter-Los Angeles and Ground Game LA, urging the Biden administration not to pick Garcetti for a cabinet position based on what they say is the mayor's dismal record on addressing homelessness, police enforcement and other issues.