Earlier this year, LA became the first city in the nation to require adult-film actors wear condoms on set. Voters could expand that law countywide in November.

On Nov. 6, voters will get a chance to expand a Los Angeles city ordinance mandating condom use on adult film sets to include pornographic performers throughout LA county.

The measure has been highly publicized, with much of the public advertising supporting the Yes on B campaign.

Throughout the city, billboards declare "YES on B." And inflatable signs urging passersby to support the measure have been erected on the roofs of AIDS Healthcare Foundation (AHF) offices, the measure’s sole financial backer.

As of Nov. 2, AHF had raised $1,654,681 in support of the measure, according to the latest campaign finance reports. 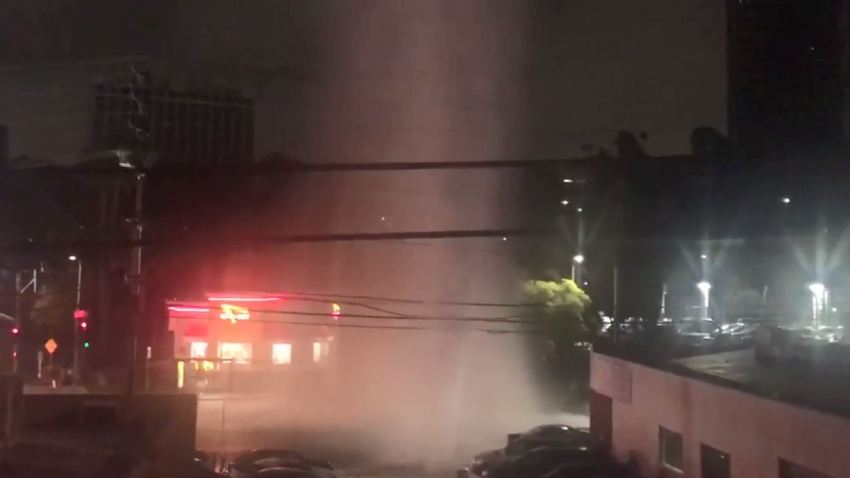 Crash Into Hydrant Causes Power Outage, Nearly 1,100 in the Dark

Opposition to the measure has been comparatively silent, at least publicly. Measure B’s opponents have held fundraising parties and took to the Internet in the form of public service announcements -- some satirical -- to plead their case.

Larry Flynt’s Flynt Management Group of Beverly Hills, Vivid Entertainment Industry of Los Angeles and Phe Inc. have each poured $10,000 into the campaign against Measure B.

In March, Los Angeles became the first city in the nation to require male adult film actors to wear condoms on all film shoots that receive a city permit. Measure B seeks to extend that law countywide.

If passed, the new law would require producers of adult films to obtain a public health permit from the Los Angeles County Department of Public Health, which could be revoked or suspended if county inspectors found on-set violations of the new law.

According to the measure, anyone on set found to be in violation of the law can be fined up to $1,000, jailed up to six months, or both, adding that each violation found will be punishable as a separate offense.

Producers would have to apply for the permits, prove they completed a training course on blood-borne pathogens and submit a plan for exposure control before they could receive a permit.

The measure cites safer sex practices as the prime method for halting the spread of HIV/AIDS, adding that the "ongoing epidemic of sexually transmitted infections as a result of the making of adult films, has caused a negative impact on the public health and quality of life of citizens living in Los Angeles County."

Actors and producers of adult films vehemently reject that charge, citing data from the state and local health departments that show a declining rate of HIV/AIDS among residents (see graph below published by the Los Angeles County Dept. of Health).

Adult film actress Tera Patrick and porn-industry legend Ron Jeremy came out against the measure in a minute-long video posted on the site adultbizlaw.com.

In the announcement, the pair echoes the major sentiment supporting the No on B campaign, namely that actors are required to test monthly for STD’s and HIV, and the adult film industry’s economic role in the county is too important to impose regulations that could stunt business.

Measure B is not the first attempt to enforce protection on adult film sets, and opponents of the measure say precedent proves an across-the-board rule on condom use can be detrimental.

Spurred by reports that at least three adult film actresses tested positive for HIV, in 1998, pornography producers required actors to wear condoms on set. That, Measure B opponents say, had devastating consequences: the industry sustained a 30 percent drop in film sales.

Still, proponents of Measure B say adult-film stars are not an isolated community. And because actors can have sexual partners outside of work, condom use of the set has become a public health issue.

Because most STD’s are silent – meaning they can only be detected through screening and show no symptoms – screening may not be the most effective way to keep actors and the public safe, according to the county health department.

A report published in 2008 by the LA County Department of Public Health found that up to a quarter of all performers are diagnosed with at least one infection of chlamydia and or gonorrhea every year.

Annual STD rates in the adult-film industry were between 15 and 25 percent between 2000 and 2008 for chlamydia and gonorrhea. Compared to all LA County residents, that’s 34 and 60 times greater respectively.

Those figures should be considered a minimum estimate, the department noted, because divulging one’s occupation when reporting HIV is not required.