Proponents say that "Measure J invests in jobs, rather than jails; in people, rather than punishment; and in mental health rather than incarceration."

County voters appeared Wednesday to have passed a charter amendment requiring that a minimum of 10% of the county's unrestricted general funds be spent on housing, mental health treatment, jail diversion programs and other alternatives to incarceration.

With initial vote-counting from Tuesday's election complete, Measure J had the support of 57% of voters and a lead of nearly 4,000 votes. An unknown number of ballots still remain to be tallied, and mail-in ballots can still be counted if they're received as late as Nov. 20, as long as they were postmarked by Election Day.

Proponents -- including the United Way of Greater Los Angeles, the American Civil Liberties Union of Southern California and the Los Angeles County Democratic Party -- have dubbed the measure Re-Imagine L.A. County and say it is essential to correcting racial injustices.

"Measure J answers county voters' call for true structural change by ensuring through a charter amendment that dollars from existing county funds are dedicated to the priority programs and services our Black and Brown communities need for an equitable future," said Eunisses Hernandez, co-chair of Yes on Measure J. "Measure J invests in jobs, rather than jails; in people, rather than punishment; and in mental health rather than incarceration." 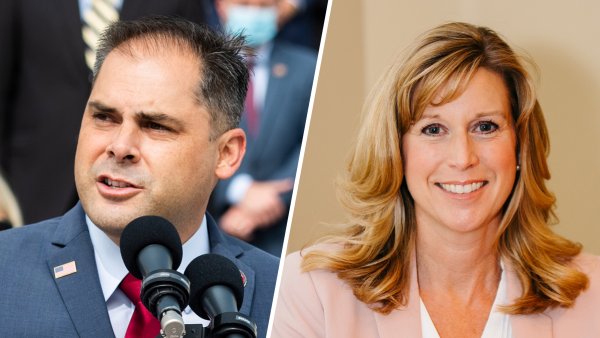 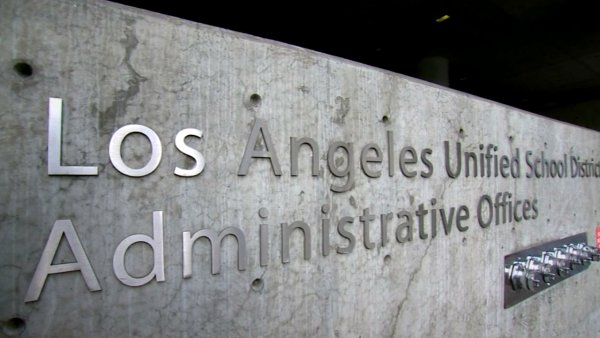 The Board of Supervisors voted 4-1 in August to put the charter amendment on the ballot after a contentious debate in which the county's longtime chief executive officer pushed the board to reconsider, saying setting such a budget restriction "establishes a perilous precedent."

Supervisor Kathryn Barger was the board's sole dissenter. She echoed the CEO's argument that it would unnecessarily hamstring future boards -- whose priorities may change -- and make it harder for the county to manage economic downturns. However, she also said the board is already meeting the proposition's 10% threshold.

"We don't need a charter to tell us how to do it. We are doing it," Barger said.

The CEO's office estimates that $360 million to $496 million could be reallocated under the measure once it is fully phased in.

Sheriff Alex Villanueva was among the opponents of the measure, calling it a knee-jerk effort to "defund" law enforcement. He said Wednesday he is prepared to work with county leadership to determine how his agency will work within the funding framework.

"We do not yet understand the depth of the real-world consequences to the department, but we do know it will mean additional reductions to our budget," the sheriff said. "Over the next few weeks, our budget team will find out what the impact will actually be. I'm committed to working together with the Board of Supervisors, the CEO and employee unions to find budgetary solutions to the many complex issues we now face. As an organization we will continue to remain focused on serving the community and our basic public safety mission -- protecting life, protecting property and maintaining order."

County Supervisor Sheila Kuehl said Wednesday voters clearly stated
that "now is the time to expand funding so that we can help more people move
from custody, homelessness, and instability to long-term stability and care."

"Measure J is a significant long-term step in gradually shifting county taxpayer dollars in a direction consistent with the public's wishes and the board's vision for improving community health, safety and opportunity."

Supervisor Hilda Solis also expressed her gratitude for the result.

"LA County voters know that maintaining the status quo to address homelessness, mental illness, and substance use disorders is unacceptable," she said. "… Voters chose to support Measure J to reinvest resources, for those who have been systemically oppressed and neglected, by advancing alternatives to incarceration and restorative justice through investing in the community. … I said before, 'What's so frightening about putting this in front of the voters and having them decide?' It looks like they have. I thank the voters for supporting a care first, jail last' approach, and look forward to co-creating with them."

The amendment as drafted sets a 10% threshold for direct investment "to address the disproportionate impact of racial injustice" to be phased in by June 30, 2024.

The ordinance would allow the board, by a four-fifths vote, to reduce the set-aside "in the event of a fiscal emergency that threatens the county's ability to fund mandated programs."

The charter amendment would allocate funds to be spent in a number of broad categories, including youth development programs, job training for lowincome communities, access to capital for minority-owned businesses, rent assistance and affordable housing, community-based health services and jail diversion programs.

Opponents -- including Sheriff Alex Villanueva and unions representing deputies, prosecutors and probation officers -- say the measure amounts to defunding law enforcement and argue it will result in lost jobs. The sheriff has repeatedly argued that the board is being unduly influenced by a small group of vocal advocates for justice reform.

"I would submit to you that the county of Los Angeles does not have the priorities that you have," the sheriff told the board, citing a Pew Research Center survey finding that 73% of Americans believe that police spending should remain at current levels or be increased.

The sheriff has been in a battle with the county board on a number of fronts, including how to manage his budget, and has threatened to shut down patrol stations and make other unpopular moves in response to cuts. The board has responded that Villanueva lacks the authority to reallocate funds in the ways he suggested, and has recommended a budget that avoids any layoffs in his department.

Which county departments or programs would lose access to funding as a result of the 10% mandate would be up to the board, although more than $1.1 billion of the county's unrestricted general fund dollars -- the same pool of money targeted by Measure J -- are allocated to the sheriff's department's $3.4 billion-plus budget.

Measure J would also prohibit the 10% set-aside from being used for or redistributed through law enforcement or correctional agencies, including the District Attorney's Office but not trial courts.

In a July letter to the board, Association of Deputy District Attorneys President Michele Hanisee argued that the board was violating state law and moving too hastily.

"The proposed charter amendment is a knee-jerk reaction to the recent civic unrest and not the product of thoughtful deliberation from a broad cross-section of stakeholders," Hanisee wrote.

The Coalition of County Unions filed suit just a day after the board's vote to put the measure on the ballot seeking to remove it. Union leaders claimed the process violated procedural requirements of the county's Employee Relations Ordinance, which mandates 90 days advance notice of proposed charter amendments to the labor organizations with bargaining relationships with the county.

A judge ruled that the measure could move forward, while holding open the possibility for challenges if and after it passes.

A simple majority was required to pass the measure, which would take effect July 1, 2021.