“Normally, we do a big event and give toys away to an estimated 2,000 children, but we couldn't do that this year because of the virus.”

An estimated 400 homeless people, including families, lined up Friday outside the Midnight Mission in downtown Los Angeles for a Christmas take-out lunch.

The annual Christmas event, which usually includes a massive toy giveaway and sit down meal at Sixth and San Pedro streets, had to be changed because of the coronavirus, Mission Director of Public Affairs Georgia Berkovich told City News Service.

The event began around 12:15 p.m. for families who came to the food giveaway.

Berkovich said it was unclear if the COVID-19 virus had lessened the turnout for the event, but it seemed about average for the Mission's regular daily take-out meals. 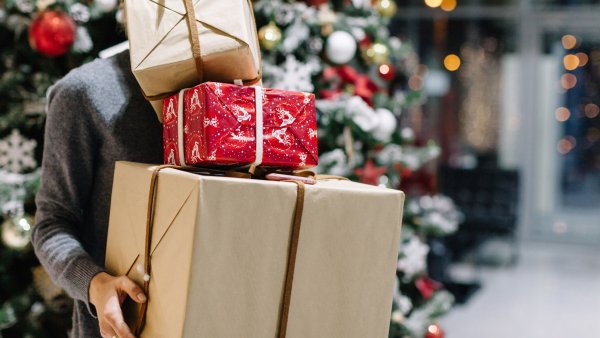 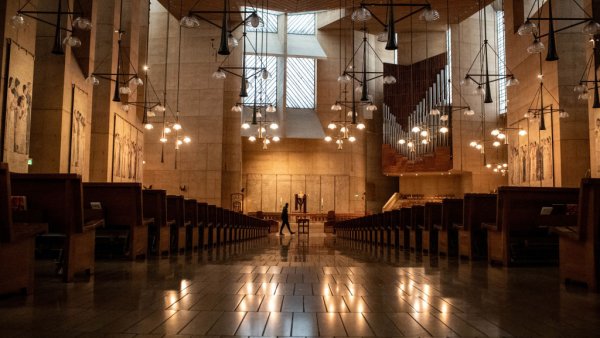 “It's just hard to say,” Berkovich said. “Normally, we do a big event and give toys away to an estimated 2,000 children, but we couldn't do that this year because of the virus.”

Berkovich said that even so, some people turned up with bags of toys that were handed out to children there with their families, but the number was far less than usual.

“We've also had a drop in some supplies that we normally get from businesses who are now struggling or from restaurants that were not currently open,” Berkovich said.

With so many families separated or fighting an illness this Christmas, people are turning to prayers, and that's why some places of worship are making adjustments to welcome parishioners this Friday. Mekahlo Medina reports for the NBC4 News on Friday, Dec. 25, 2020.

She said these individual donations were critically important to the services the mission supplies because the facility can't have volunteers in to work right now because of possible exposure to the virus.

“We are also giving them safe masks, blankets, coats, and today, we had a giveaway of hygiene kits, which are always needed down here,” Berkovich said.

The Midnight Mission always welcomes donations, she said. If people want to donate to the Mission, she said they should go to www.midnightmission.org for details.