The pastor said an attempt to prohibit the church event "seems puzzling'' in light of "large swap meets in Orange County'' and other events drawing large crowds, including political demonstrations such as last weekend's march in support of Armenia that drew thousands of people to the streets of Los Angeles.

Organizers of a family fair held at a Walnut church Saturday against the orders of county health officials will be issued citations, as will the church itself, officials told City News Service.

Hundreds of people attended On a Mission Church's Walnut Family Fair 2020, which ran from 11 a.m. to 3 p.m. Saturday, with a petting zoo, a blessing of the animals, a puppet show, food and other entertainment.

"The event was a major success and social distancing was strictly enforced,'' organizer Edwin Duterte said. "There was security at the entrance who were there taking temperatures and providing sanitary information to guests. The L.A. County Sheriff's Department monitored compliance. In my opinion, the social distancing was more enforced than a Costco warehouse store,'' he said. 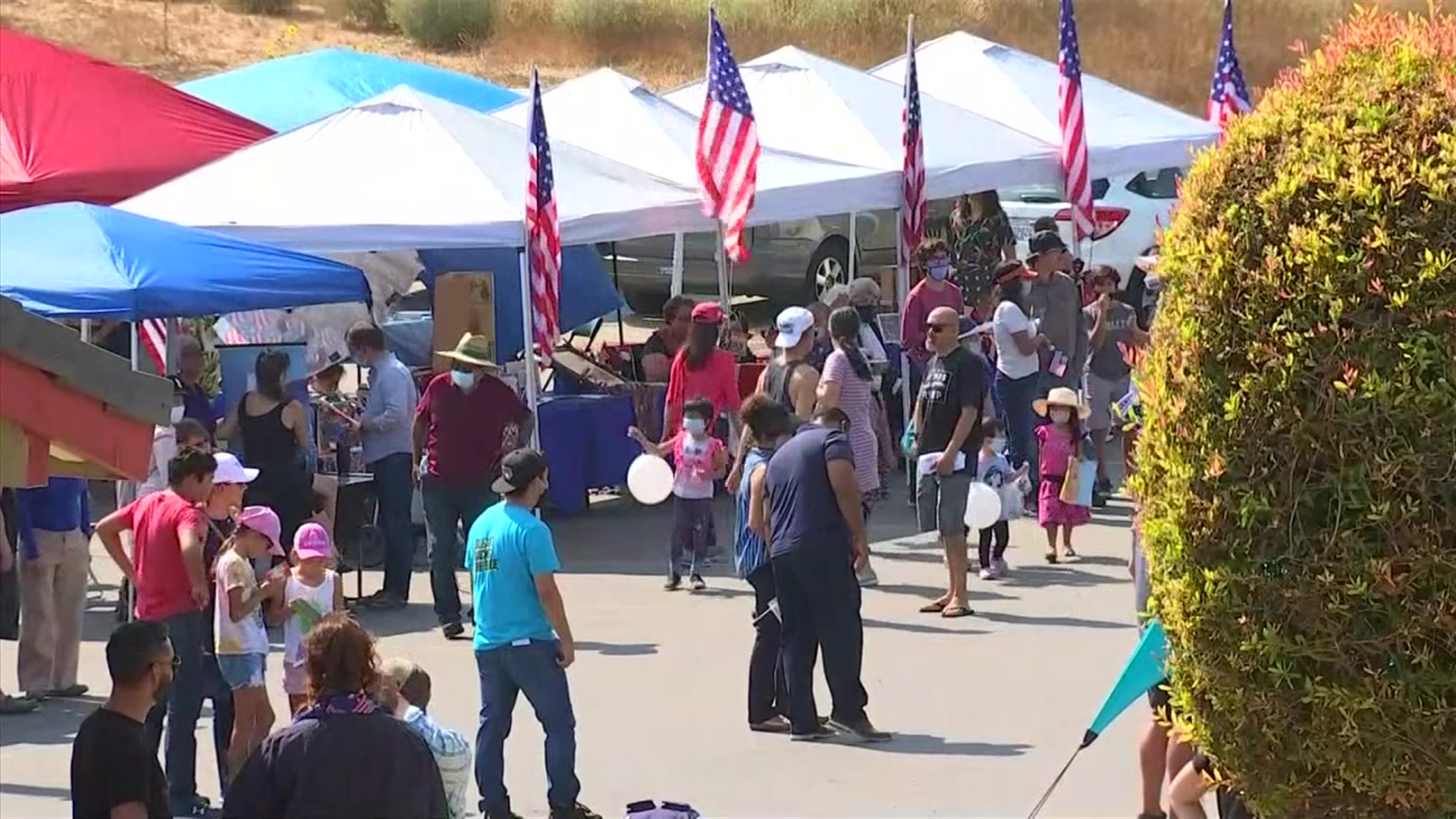 While a total of 500 to 600 people were believed to have attended the fair, there were only about 200 at any one time, Duterte said. "At each booth, there was chalk lines of approximately six feet to separate the vendors from the attendees.''

Organizers said earlier that they received phone messages from the Los Angeles Department of Public Health telling them that large in-person gatherings are not permitted under current public health orders and they could be subject to fines and even arrests if they proceeded.

On Tuesday, county officials said the department responded to a complaint received by the public, and citations would be issued.

The Centers for Disease Control and Prevention is updating what it defines as “close contact” with someone who tested positive for COVID-19.

"Prior to the Walnut Family Fair event, Public Health attempted to contact both the event organizer and the church to advise that events are not allowable under the Health Officer Order. There was no response to the calls,'' the health department said in an email.

"On October 18, 2020, an Environmental Health specialist went to the site during the afternoon. When he arrived, he asked to speak with the event coordinator regarding the event and safety protocols. The event coordinator never came over to speak with our specialist. After a long time of waiting, and to help keep the peace (attendees started screaming louder and louder the longer he was present) the Environmental Health specialist left the premises.

Public Health did not demand that the group stop their gathering or try to shut them down. However, due to their lack of cooperation and failure to comply with the Health Officer Order, citations will be issued to the church and the event organizer,'' the email continued.

"It's a church event on private property. This will be a community service talking about Christian education, home schooling,'' Pastor Carlos Robles told CNS before the event. "We'll be exercising our First Amendment rights, and obeying (public health guidelines) to the best of our ability,'' Robles said.

The pastor said an attempt to prohibit the church event "seems puzzling'' in light of "large swap meets in Orange County'' and other events drawing large crowds, including political demonstrations such as last weekend's march in support of Armenia that drew thousands of people to the streets of Los Angeles.

"The so-called peaceful protesting is going on, but it's often not accompanied by mask-wearing or social distancing, and the cities and counties don't seem too concerned about that,'' he said. "We feel that we are obeying the ordinances.''