The officer accused of shooting Mona Rodriguez, 18, Sept. 27 near the Millikan High School campus has been fired from the school district and arrested on murder charges.

The Long Beach School Safety officer accused of opening fire at a car with 18-year-old Manuela "Mona" Rodriguez inside, ultimately striking her and resulting in her death days later at a hospital, has pleaded not guilty to a murder charge in court Wednesday.

Long Beach Unified School District safety officer Eddie Gonzalez, 51, was arrested on suspicion of murder in the death of Rodriguez, who was the mother of a 5-month-old boy, in early October. At his first court appearance, a judge ordered Gonzalez to remain jailed in lieu of $2 million bail in the Sept. 27 shooting.

The brothers of 18-year-old Mona Rodriguez, who was shot in the head by a Long Beach Unified School District safety officer, joined the family's attorneys in calling on Los Angeles County's top prosecutor to file a criminal case against the officer.

"This really impacted our community heavily," Long Beach Police Chief Robert Luna said. "This is step in trying to bring some closure to this very unfortunate and impactful incident."

Gonzalez was arrested without incident Oct. 27, and was said to have been very remorseful the day of the shooting.

Luna said Sept. 27 the school officer was on patrol near the Millikan High School campus when he saw an altercation in the middle of the street, and went to investigate.

Mona was a perfect match for Edith, who sent a message to the family as a "hail Mary," hoping to receive organ. Mona was shot by a school safety officer in Long Beach and taken off life support. Hetty Chang reports Oct. 9, 2021.

As Gonzalez went to investigate, the group began to disperse, and Rodriguez as well as the man got into the car.

As seen in cellphone video taken by witnesses, Rodriguez was in the passenger seat of the car when the driver started to drive away from the school safety officer.

The driver was accused of firing into the car as the driver took off.

Luna he believed two shots were fired into the car.

Long Beach police said they responded to the scene in response to a reported shooting, and officers found Rodriguez inside a car with at least one gunshot wound.

Relatives said Rodriguez was shot in the head.

After the shooting, Rodriguez remained on life support until she was removed from life-giving care, and her organs were donated to five people, according to the family attorney.

The 20-year-old who was also involved in the altercation is still under investigation, police said.

Luna also clarified that the school officer is not affiliated with the Long Beach Police Department.

Before his arrest, the school safety officer was subsequently fired from the district amid the outcry. 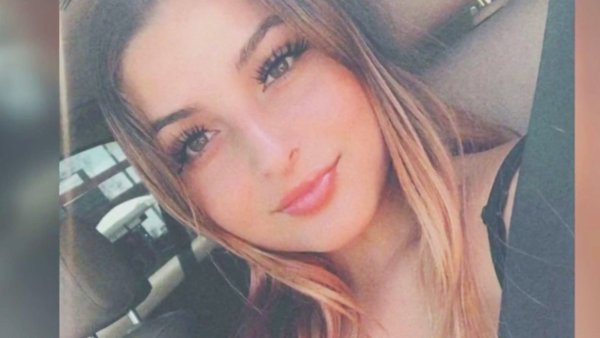 Family members have called for charges against the school safety officer early on since the September shooting.

The Long Beach Unified School District said the officer's conduct violated district policy, and his termination was the "right thing to do." The district also sent condolences to the family of Mona Rodriguez.

The district went on to say the use of force policy dictates that an officer will not fire on a fleeing person, nor fire into a vehicle, and that using a weapon should be a last line of defense.

Gonzalez is due back in court Jan. 19.