Hotel workers in West Hollywood are now making $17.64 an hour, as a law voted on in early November 2021 goes into effect and pays some of the city's workers the highest minimum wage in the United States.

That minimum wage will be adjusted annually for inflation, based on the Consumer Price Index, to keep pace with the cost of living. The first of those adjustments comes July 1, 2022.

It also has provisions for required paid leave time for illness, vacation and personal necessities.

The ordinance, voted into law by the West Hollywood City Council on Nov. 3, was initially proposed as a raise to the minimum wage just for employees in the hotel industry.

West Hollywood is preparing to vote on a proposal that would raise the minimum wage in the city to $17.64, the highest minimum wage rate in the U.S. Mekahlo Medina reports for Today in LA on Wednesday, Nov. 3, 2021.

Councilmembers then proposed extending the wage hike to all West Hollywood workers.

For now, only hotel employees have a new minimum wage of $17.64. Employees in other industries will receive more gradual pay increases every six months, according to the ordinance.

The goal is to bring their minimum wage up to match the one now in place for hotel workers by July 2023.

Workers in other industries that work at "large businesses," described as businesses with 50 employees or more, now have a minimum wage of $15.50 an hour, while workers at "small businesses," with fewer than 50 employees, now make $15.00 an hour.

West Hollywood's large hotel and restaurant industry means there are a number of workers who will benefit from the increased hourly pay.

But some business owners, still reeling from the hits their businesses took in the early stages of the pandemic, expressed concern about the increased cost of operations posed by the wage hike.

"It's a 30% wage increase," Cary Mosier, owner of Gracias Madre, a restaurant in the city, said in November ahead of the ordinance vote. "It's already a challenge to operate a restaurant under normal circumstances."

"Now, they're jacking up the labor costs, and we're still operating on borrowed money from the government, dealing with capacity issues and all the challenges of the pandemic," he continued.

But the city argues that $17.64 is really just a living minimum wage, badly needed for individuals who work 40 hours each week and need to get the basics in life. 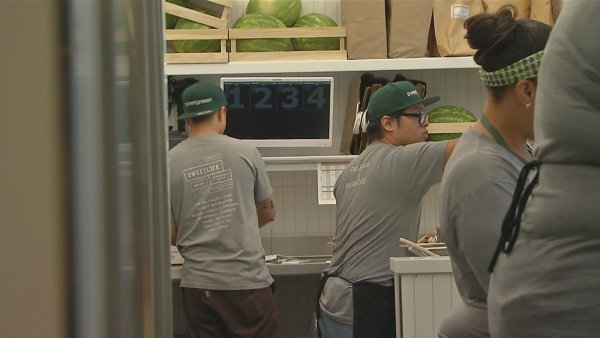 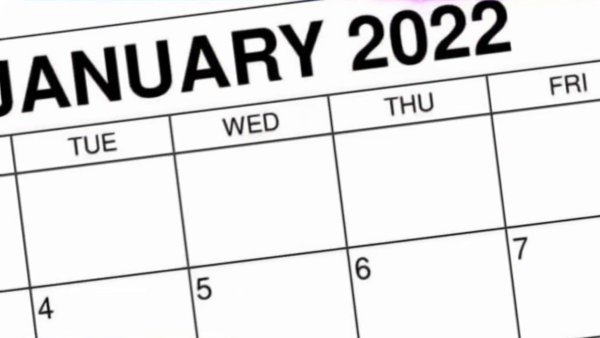 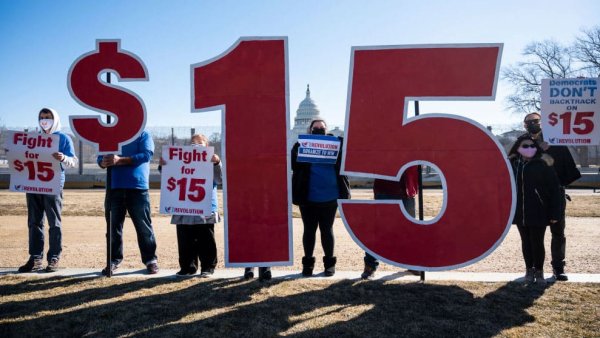 More Than Half of U.S. States Will Raise Their Minimum Wage in 2022, But Employers Are Hiking Pay Faster

That's higher than the federal minimum wage requirement of $7.25 an hour, mandated by the Fair Labor Standards Act.

That federal law also states an employer of a tipped employee is only required to pay $2.13 an hour in direct wages if the rest of the $7.25 is made up in tips; if the tips don't meet that, the employer has to pay the difference, according to the U.S. Department of Labor.