As of last week, more than 4.4 million people in the county have received at least one vaccine dose, and nearly 2.6 million had received a second dose, according to Public Health Director Barbara Ferrer.

While Los Angeles County continues to show progress in its COVID-19 vaccination efforts, figures released Monday showed that nearly 278,000 people in the county may be overdue for their second dose, possibly due to concerns about side effects or a belief that one shot is enough.

As of last week, more than 4.4 million people in the county have received at least one vaccine dose, and nearly 2.6 million had received a second dose, according to Public Health Director Barbara Ferrer.

But county figures showed 277,902 people were considered overdue for their second dose. 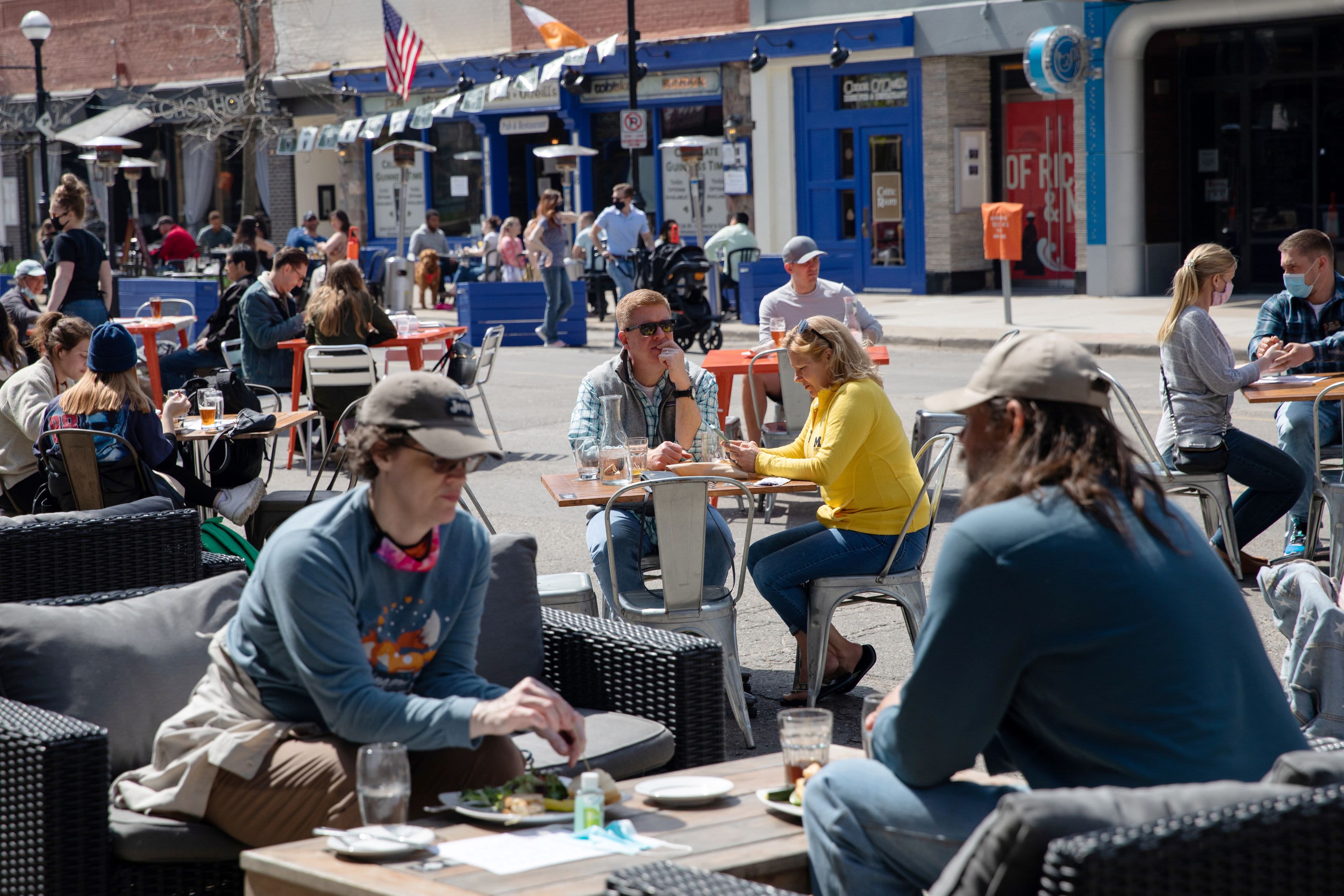 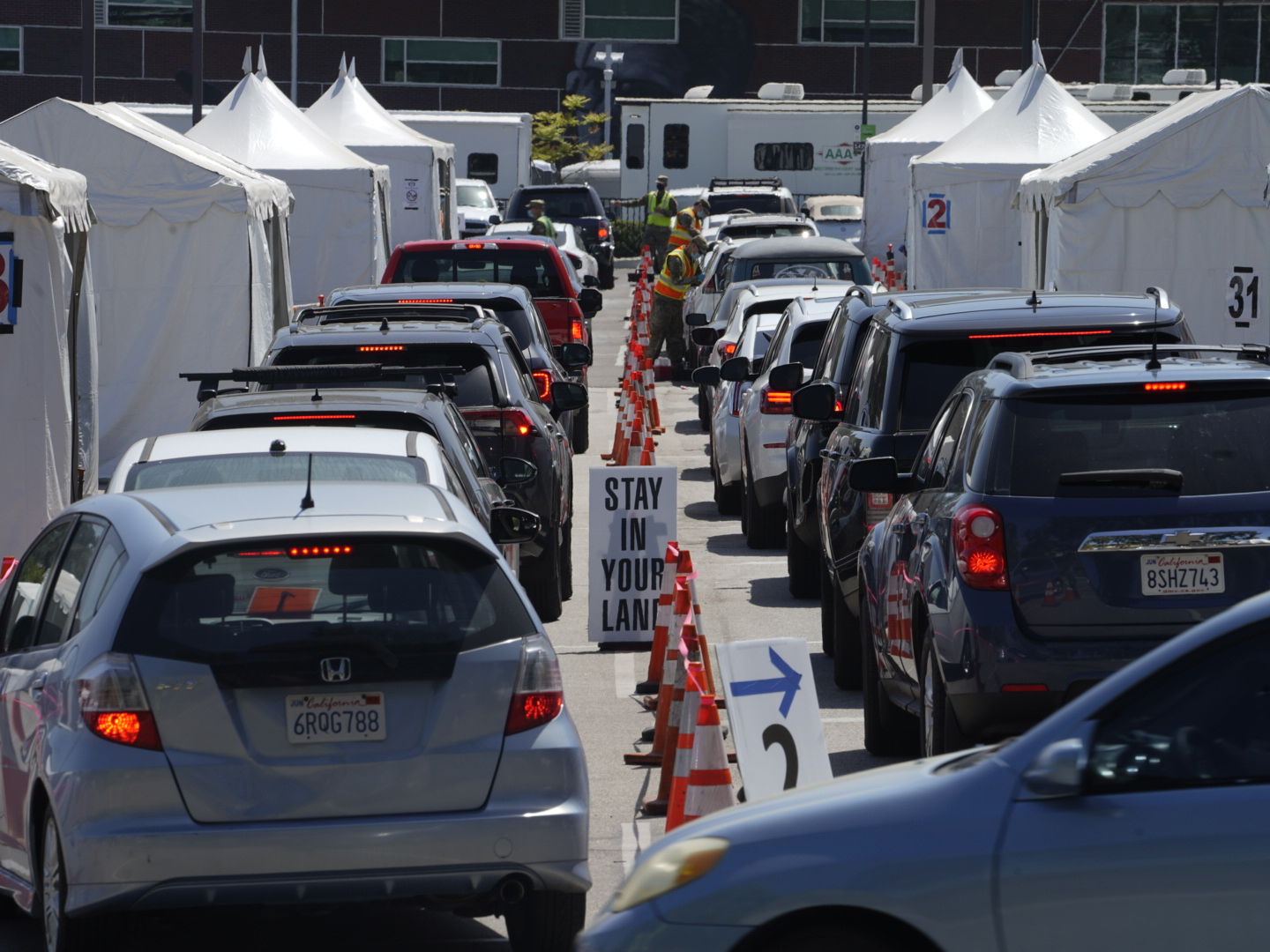 California Goes From Worst to First in Virus Infections

“There are many reasons why this number might be showing up,” Ferrer said. “One is that some of these doses are actually second doses for people who received the first dose outside L.A. County. Another is that people have simply forgotten to get their second dose. Some people may have been put off by side effects of their first dose or feel that one dose is as effective as they need and is going to be enough protection.”

She urged people due for their second shot to get it, stressing that while one dose of the Pfizer and Moderna vaccines does offer some protection, it's not complete. She said the county is also seeing continued declines in hospitalizations among residents 65 and older and in the severity of cases in people that are hospitalized, demonstrating the effectiveness of the shots.

“Getting everyone fully vaccinated, which means two doses of the Pfizer and Moderna vaccine if that's the vaccination you received, or one dose of the Johnson & Johnson vaccine, is the best hope for seeing these positive trends spread even more widely across all our communities. The flu-like symptoms that many people have for a very short while after vaccination are signs your immune system is working.”

“And while one dose does offer some protection, it is not as strong a level of protection as what two doses offer,” Ferrer said. “So if you're overdue for your second dose, come back to us and let's together spread better health throughout the county.”

Ferrer said that in many cases, the county has contact information for people who have not returned for a second dose, and will be conducting outreach.

“Unfortunately, we don't have that information for everybody,” she said.

To help facilitate vaccinations for a wider array of people, the county announced it will continue to offer appointment-free, walk-up vaccinations at all of its large scale sites through Thursday.

The walk-up shots were offered starting last Thursday but were expected to end at the end of the day Monday.

The appointment-free shots will now continue through Thursday, contingent on supply, at

Doses are available for anyone aged 16 and over, although teens aged 16 and 17 must be accompanied by an adult.

Great Park in Irvine has opened as a drive-thru clinic. Toni Guinyard reports for the NBC4 News at 11 a.m. on Monday April 26, 2021.

The county reported four more COVID-19 deaths on Monday, noting that statistics are often artificially low on Mondays due to delays in reporting from the weekend. The new deaths lifted the overall total from throughout the pandemic to 23,777.

Another 288 cases were reported by the county, while Pasadena announced five more cases and Long Beach added 27, lifting the cumulative total since the pandemic began to 1,231,838.

According to state figures, there were 411 people hospitalized in the county as of Monday, with 102 people in intensive care.

Dr. Christina Ghaly, the county's health services director, noted again that the hospitalization figures may be inflated, because people admitted to hospitals for completely unrelated reasons may wind up testing positive for the virus due to an earlier infection.

The county's chief science officer, Dr. Paul Simon, said Friday the county had about 13,000 doses of the J&J vaccine on hand, while another 25,000 doses may be in the possession of other providers such as pharmacies and health centers that receive allocations of vaccine directly from the state or federal governments.

An advisory committee for the U.S. Centers for Disease Control and Prevention recommended Friday that the J&J vaccine re-enter circulation, with a warning about potentially dangerous blood-clotting that occurred in 15 people -- out of about 7 million doses administered nationwide -- and prompted a hold on the vaccine earlier this month.

Within hours, the committee's recommendation was adopted by the CDC and the Food and Drug Administration, clearing the way for administration of the vaccine to resume.

Los Angeles Mayor Eric Garcetti announced Sunday that city vaccination sites are prepared to administer close to 150,000 first and second doses of COVID-19 vaccines this week. The city also announced the opening of a vaccination site in Century City.

“To end this pandemic, we need to use every dose we have -- and the Johnson & Johnson vaccine is a critical piece of that strategy,” Garcetti said.

The city is expected to receive nearly 42,000 doses of the Moderna vaccine this week and over 63,000 doses of Pfizer, along with about 29,000 doses of Johnson & Johnson already in its supply.

City vaccination sites will be open Tuesday through Saturday, with the exception of Dodger Stadium, which will be closed on Wednesday to accommodate a scheduled Dodger game.