Sheriff Alex Villanueva Monday vowed to conduct a thorough investigation -- with cooperation from state and federal law enforcement -- into the death of a 24-year-old Black man found hanging from a tree near Palmdale City Hall.

During a Monday news conference at the downtown Hall of Justice, Villanueva said he had called state Attorney General Xavier Becerra personally and also reached out to the FBI, whose civil rights division will also monitor the investigation. By late Monday, the FBI, U.S. attorney's office in the Central District of California and the U.S. Department of Justice's Civil Rights Division announced they would be monitoring the investigations of the Los Angeles County and San Bernardino County sheriffs.

“It is in our interest to make sure that we leave no rock unturned,” the sheriff said, promising full access to outside investigators.

The chief medical examiner rolled back the initial findings that Robert Fuller had hung himself near Palmdale City Hall. Kim Tobin reports June 15, 2020.

“This death investigation obviously is of great concern to the community, not only of Palmdale, but throughout the nation,” the sheriff told reporters. “Robert Fuller was a young man in the prime of his life, and his death obviously is painful for many people.”

Fuller was found with a rope around his neck about 3:40 a.m. Wednesday in Poncitlan Square, across from Palmdale City Hall. Authorities initially said the death appeared to be a suicide, although an official cause of death has not yet been made.

Hundreds of residents have taken part in vigils and protests in the days since, many condemning what they saw as a rush to judgment to proclaim Fuller's death a suicide without examining the possibility of foul play. Some deemed his death a lynching.

Medical Examiner-Coroner Dr. Jonathan Lucas told reporters Monday that an autopsy was conducted Friday, but the cause of death has been deferred pending further investigation and toxicology tests. He said the initial report was that the death was consistent with a suicide and there were no signs of foul play.

“Initially there wasn't any evidence that lead us to believe there was anything other than a suicide,” Lucas said.

However, the coroner felt a deeper look was warranted and promised that no finding as to the cause of death would be made until all of the evidence is in hand.

Malcolm Harsch, 38, was found dead, hanging from a tree near a homeless encampment on May 31 in Victorville. Tony Shin reports for the NBC4 News at 4 p.m. on Monday, June 15, 2020.

“It is a tragic sad death ... we are doing everything we can to find out what happened,” Lucas said.

Los Angeles County Sheriff's Department Homicide Bureau Capt. Kent Wegener said forensic analysis would be performed on the rope used in the hanging and any video evidence closely reviewed, though he did not indicate whether any video had yet been found. City officials said last week there was none.

Fuller's medical history, including during time living in Arizona and Nevada, will also be reviewed, Wegener said. A case manager with the Department of Public Social Services who was assigned to Fuller -- for reasons that have not yet been revealed -- will also be interviewed.

Lt. Brandon Dean said investigators had been planning for a meeting with Fuller's family that had been delayed, but were hoping to sit down with all available relatives soon.

Fuller's sister has rejected the idea that her brother might have taken his own life.

“We want to find out the truth on what really happened,” Diamond Alexander said Saturday, according to the Los Angeles Times. “Everything they told us is not right. We just want the truth. My brother was not suicidal. He was a survivor.”

Hundreds of people gathered at Palmdale City Hall on Saturday to demand answers about Fuller's death.

“The city of Palmdale is joining the family (of Fuller) and the community's call for justice, and we do support a full investigation into his death,” Palmdale Public Information Officer John Mlynar said Saturday. “We will settle for nothing less than a thorough accounting of this matter.”

“The city has already reached out to Mr. Fuller's family, offering help and support, and will do everything possible to assist Mr. Fuller's family during this difficult time as a complete vetting of his death is investigated,” Mlynar said.

The city joined the Fuller family in the call for an independent investigation and autopsy, he said.

Various elected officials over the weekend called for Becerra to get involved in the case.

“I asked California State Attorney General Xavier Becerra to conduct an independent investigation into the death of Mr. Robert Fuller, who was discovered hanging from a tree in the city of Palmdale,” county Supervisor Kathryn Barger said. “The attorney general, as the lead attorney and law enforcement official for the state of California, will lend additional expertise and oversight into this important investigation and provide the community with the answers they deserve.”

Barger added, “It is my hope that our collective efforts will help to support those struggling and grieving surrounding the circumstances of this tragedy.”

State Sen. Scott Wilk and Assemblyman Tom Lackey, both Republicans from the Antelope and Santa Clarita valleys, also called for Becerra to investigate the death.

On May 31 in Victorville, which is about 50 miles east of Palmdale, the body of another Black man was found hanging from a tree.

Malcolm Harsch, 38, was found at 7 a.m., hanging from a tree near a homeless encampment.

The San Bernardino County Sheriff's Department has made a preliminary determination that his death was also a suicide and that no foul play was involved, although the case remains under investigation. 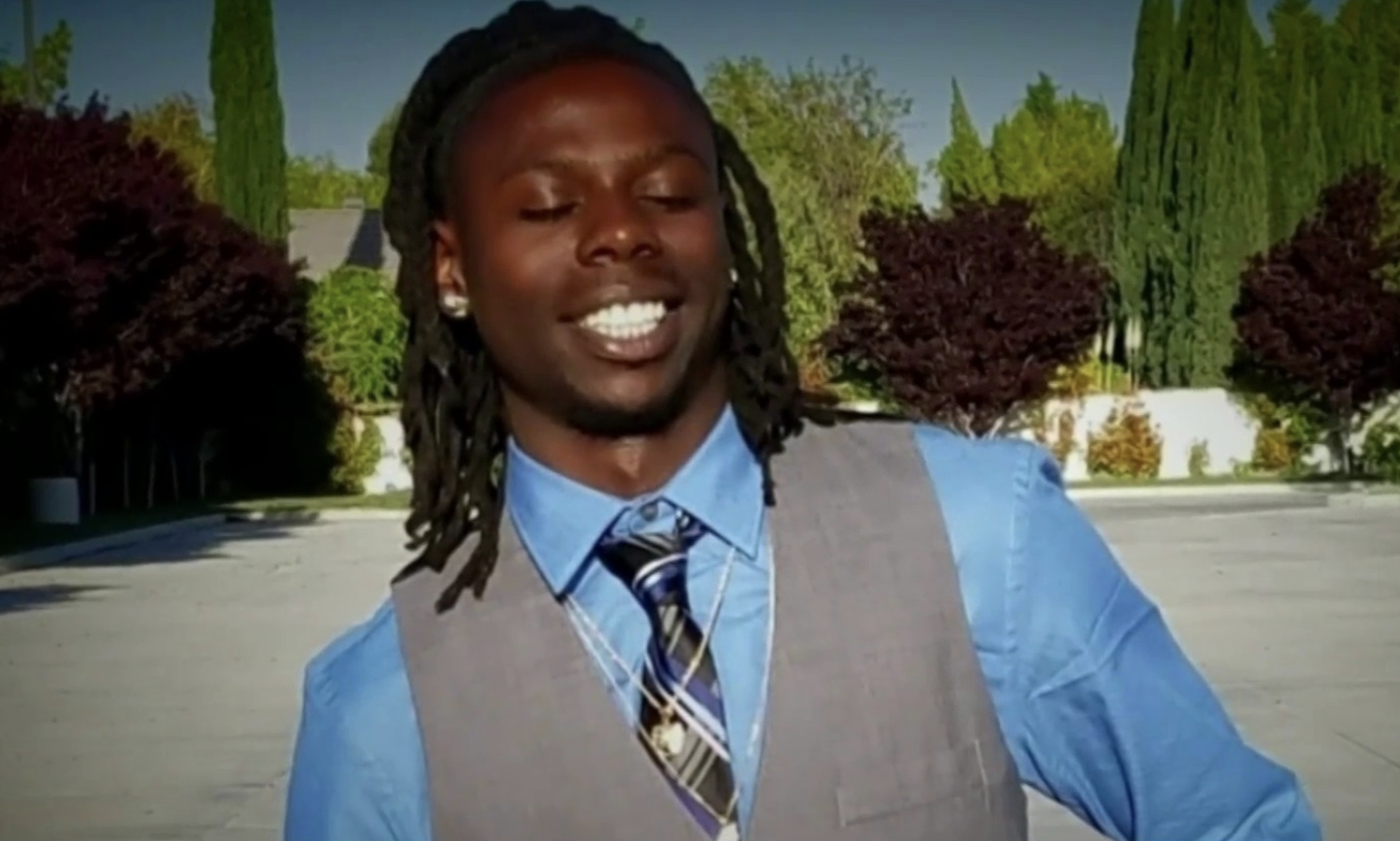 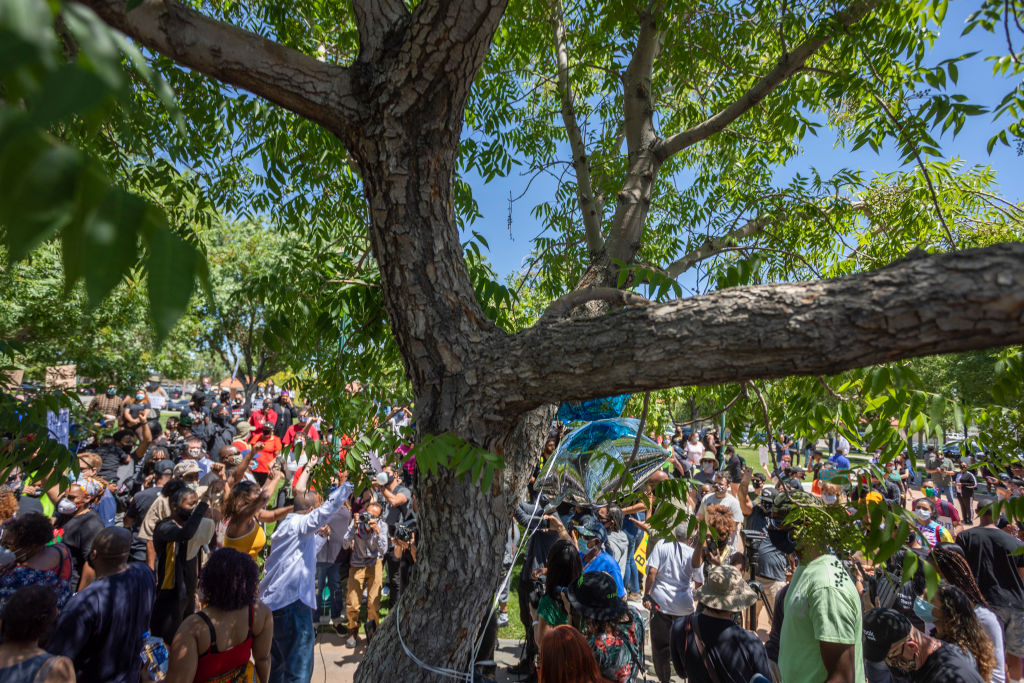 And, like Fuller's family, Harsch's relatives are doubtful he took his own life.

“He didn't seem to be depressed to anyone who truly knew him,” Harsch's family told reporters. “Everyone who knew our brother was shocked to hear that he allegedly hung himself and don't believe it to be true. The explanation of suicide does not seem plausible.”

In Palmdale on Friday afternoon, as many as 100 angry residents attended a march and rally in the area where Fuller's body was found. Dozens later attended a news conference at City Hall, shouting down local officials and blasting them for quickly issuing public statements labeling the death a suicide.

Palmdale Mayor Steve Hofbauer worked to calm the crowd, which hurled expletives at him and sheriff's Capt. Ron Shaffer.

“We're working hard to try to figure out exactly what happened,” Hofbauer told the shouting crowd.

“I can't pull it out of a crystal ball what the coroner and the sheriff's department is going to find here,” Hofbauer said.

He said investigators were “trying to figure out what was going on with Mr. Fuller the last few weeks. Who were those people? Who was he with?”

The deaths of Fuller and Harsch come on the heels of a national conversation about racism in the United States in the aftermath of the death of George Floyd in Minneapolis, and the circumstances evoke the country's sordid history of lynchings.

Anyone with information about Fuller's death was urged to call the Sheriff's Homicide Bureau at 323-890-5500.

A virtual town hall is scheduled from 2 to 4 p.m. Monday in which residents of Palmdale and Lancaster can discuss the death and the investigation. Villanueva will co-host the event, along with captains from the two cities' sheriff's stations. To register, go to bit.ly/2XQ1JgF.