In the event that the city and county's resources are depleted, the National Guard has 200 troops stationed in Los Alamitos on standby and ready to respond, but there are no current plans to deploy them, Garcetti said.

Law enforcement agencies across the Southland will be on heightened alert Wednesday but insisted there were no credible threats of local violence or disturbances connected with the inauguration of President-elect Joe Biden.

"I can understand people's anxiety, here in Los Angeles and certainly around the country after watching what happened in our nation's capital on the Jan. 6 attack," Los Angeles Mayor Eric Garcetti said.

"The insurrection wasn't an attack on Congress or on a party, it was an assault on our democracy and on the peaceful transition of power and the will of the people," he said. "While that mob failed…it did embolden armed groups across our country and provoked new threats to American cities."

The inauguration will take place under unusual circumstances, to say the least. Robert Kovacik reported on NBC4 News on Tuesday, Jan. 19, 2021.

Kristi Johnson, assistant director in charge of the FBI-Los Angeles field office, said the agency is not aware of any credible threats in the counties her office covers: LA, Orange, San Bernardino, San Luis Obispo, Riverside, and Ventura.

"We have ensured we're prepared for whatever may occur here. As the saying goes, we hope for the best, but prepare for the worst," LA Sheriff Alex Villanueva said.

The sheriff's Special Operations Division is deploying its deputies in "larger numbers than normal," the division's chief said. There will also be an increased presence on transit systems throughout the county, and a large contingent of the department's special weapons team on the ground and in the air throughout the week.

As for the LAPD, its officers have "been in uniform since yesterday, the entire organization. We've been working 24 hours a day, seven days a week on the intel cycle, on planning of eventualities and potential realities," Chief Michel Moore said. "We will be here and we will meet any threat that comes our way." 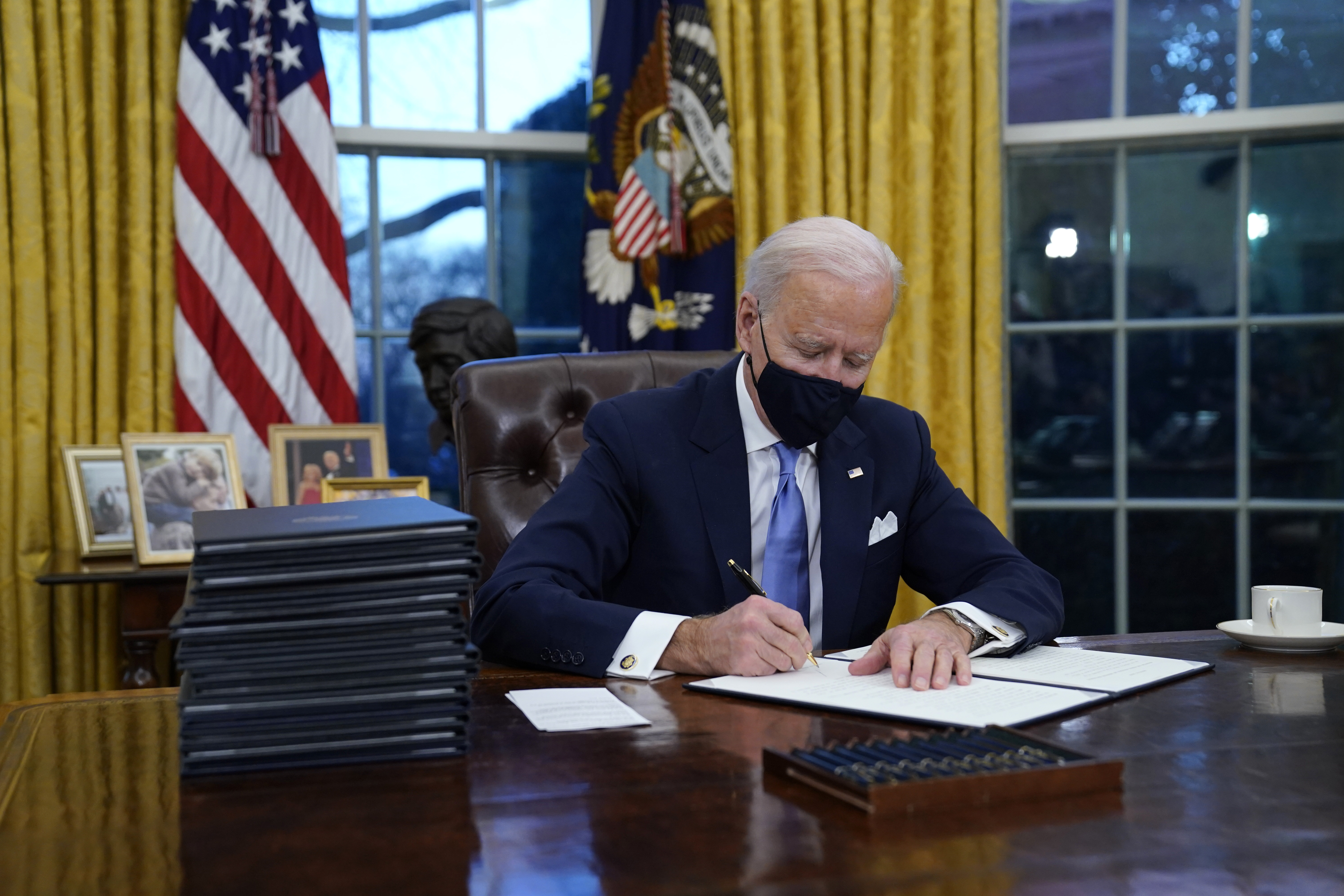 On Day One, Biden Targets Trump Policies on Climate, Virus 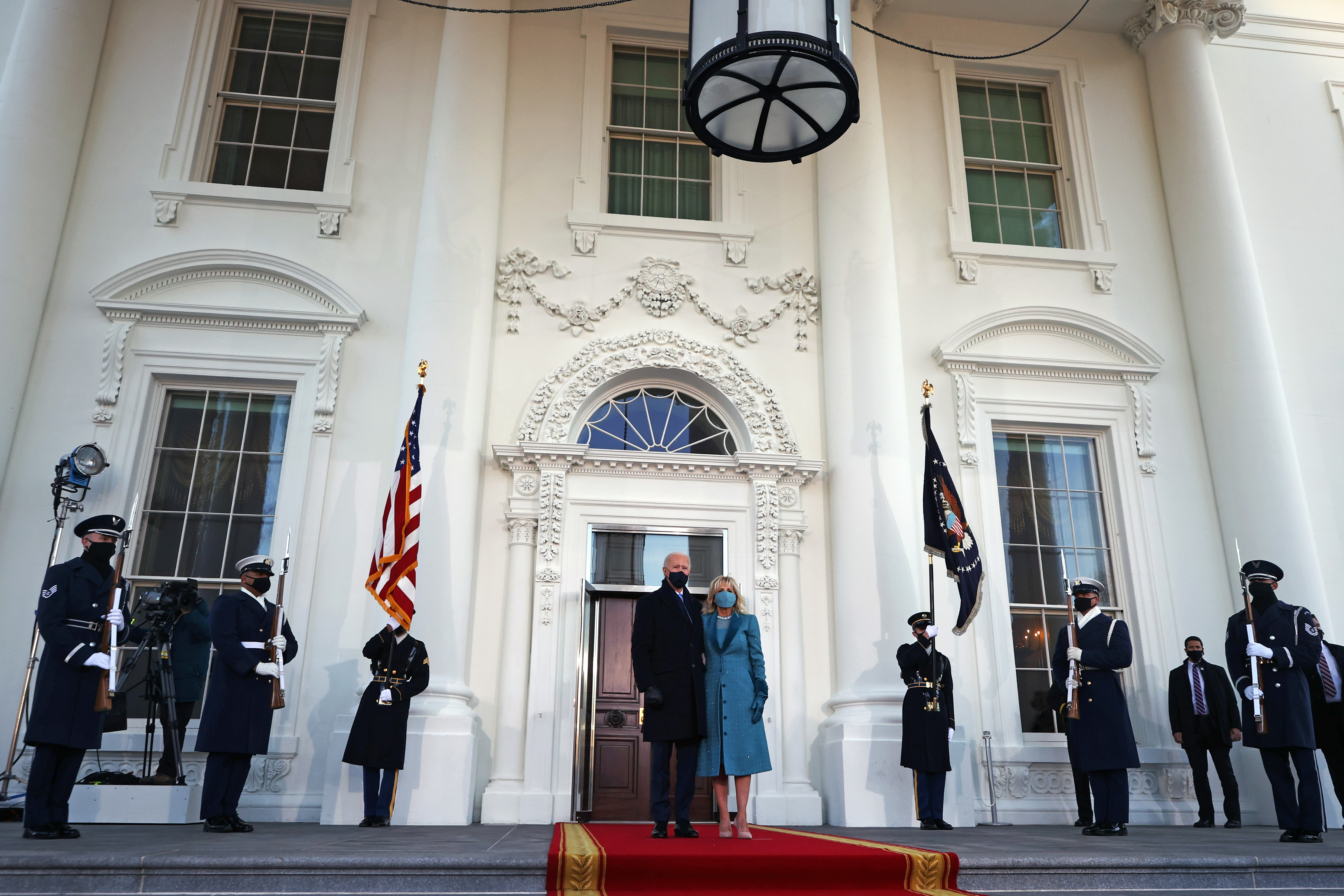 The Long Beach Police Department will be on a tactical alert through Thursday morning, meaning the agency has increased the number of officers on the streets and could extend officers' shifts depending on circumstances.

In the event that the city and county's resources are depleted, the National Guard has 200 troops stationed in Los Alamitos on standby and ready to respond, but there are no current plans to deploy them, Garcetti said.

"I want to be very clear. If you are planning violence here in Los Angeles, you will be stopped, you will be prosecuted and you will pay the price," he said. "We are prepared to maintain order and to protect our city."

Angelenos were urged to be vigilant and report any suspicious activity or violence to law enforcement.

"As always, we need the help of the community. I am asking anybody that has any information about criminal or suspicious activity to please contact my office at 310-477-6565 or visit tips.fbi.gov," Johnson said.