An Orange County Superior Court judge said Friday that he would consider hiring an expert to comb over jail records to help determine which inmates can be released to help inmates better comply with physical distancing during the COVID-19 pandemic.

Last month, Orange County Superior Court Judge Peter J. Wilson ordered the jail population reduced by 50%. During Friday's hearing, it was noted that Wilson meant the jail population should be lowered by half from where it was in March when there were 5,200 inmates.

So, Wilson is aiming to lower the population to 2,650. As of Friday, the population in the jails is 3,358. So about 708 inmates could be released to home confinement, placed on GPS monitoring or moved to another facility. 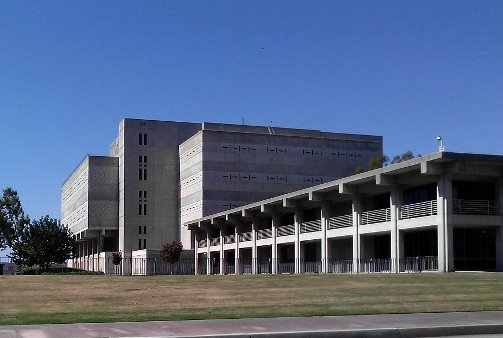 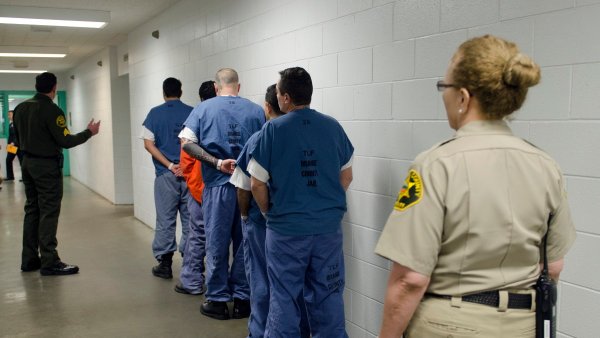 About half of those inmates are already ticketed for prison.

Orange County Sheriff Don Barnes has attempted to appeal Wilson's order, but so far has failed, compelling him to submit a plan on how to halve the inmate population.

Wilson resisted the county's efforts at an evidentiary hearing because it would mean starting the litigation all over again.

Because Wilson relied on an email from Dr. C. Hsien Chiang of the Orange County Health Care Agency, who told Barnes in March that the jail population should be cut in half, the county's attorneys want a hearing, so Chiang could offer further testimony on whether that advice was still valid.

Wilson said that the request was “both untimely and unfounded.”

Authorities were waiting for the results of 979 tests.

The Orange County health care agency has 6,400 doses of the Moderna vaccine to give out over the next seven days, administered by paramedics and fire authority nurses at their headquarters. Vikki Vargas reports for NBC4 News at 6 p.m. on Jan. 7, 2021.

County attorney Kevin Dunn argued that many of the strategies employed by Barnes since the pandemic began have gotten the jail population well along the way toward the judge's goal.

An attorney for the state Department of Corrections and Rehabilitation said 75 of the county's inmates are expected to be taken to prisons as of next week.

Earlier in the week, Wilson ordered Barnes to submit a list of the medical and criminal history of every inmate and where they are being housed, ostensibly to determine which inmates should be qualified for some sort of release from the jails, which could include electronic monitoring under house arrest.

Barnes complied with 32 boxes of information regarding all the inmates in his custody.

ACLU attorney Corene Kendrick argued at Friday's hearing that Barnes “has tried to dump everything into (Wilson's) lap... literally 32 boxes, and telling you to do it.”

Kendrick said it was “absurd” to have the judge decide which inmates should be released.

“It shows he is not acting in good faith to obey your order, Kendrick said. “You cannot be expected to go through 32 boxes of files and figure out who should be released and safely as you define release.”

Kendrick argued for the hiring of James Austin, an expert on inmate risk assessment.

Dunn argued against a special master being appointed.

“One of the reasons this feels like a fish bone in the throat is courts are not intended... to run executive branches such as a sheriff's department,” Dunn said.

“Only in the most extreme circumstances” should a court step in and operate an elected leader's department, Dunn said. “I feel that this case is improper that a judicial branch is micromanaging an executive branch.”

Wilson scheduled status hearings next week to question Mike Brady, an expert hired by the sheriff's department as a consultant, and Chiang.

“The data in the 32 boxes does not lend itself, for very obvious reasons, for a simple review by the court,” Wilson said. “Under these circumstances, the appointment of a referee may not be desirable, but simply necessary.”

In the meantime, Barnes should “do everything in his power to continue to reduce the population so as to achieve the reduction necessary for proper social distancing,” Wilson said.

Last week, Barnes defended his coronavirus response, saying he has provided personal protective equipment to his staff and to inmates, including face coverings, and has promoted good hygiene and cleaning in the jails. The sheriff also noted how he stopped community visits with inmates as one measure to curb the spread of coronavirus.

Barnes noted he has already released 1,471 inmates to reduce the population in custody. Of those, 183 were declared “medically vulnerable,” he said, insisting that “everybody who I can release has been released from my jails.”

Releasing more inmates will present a danger to the community, Barnes said.

“Those who remain in jail present significant risk of heinous crimes... or present a risk to the public if I release them back into the community,” he said.

Barnes maintained that he can manage coronavirus in his jails.

“We take temperatures of all personnel, and we have a very robust quarantine environment... which has proven to work very well,” Barnes said. “We have proven through our best practices that we can whittle that number (of infected) down.”

Sheriff's authorities had gotten all the coronavirus cases in the jails down to zero early last month, except for newly booked inmates, but then there was a sudden and swift outbreak of COVID-19 that has infected more than a thousand inmates at a time.