The Orange County Board of Education plans to sue Gov. Gavin Newsom over the state's mandate that K-12 students must wear masks indoors for the upcoming school year.

The board voted Tuesday night to pursue a legal challenge to Newsom's ongoing assertion of emergency rule-making powers due to the coronavirus pandemic, specifically the school mask mandate, which was issued last month.

"When necessary, the board will fight to protect the health, safety and welfare of our county's kids at school. Unfortunately, with the governor's most recent action to force Orange County's children, even those as young as 5 and 6 years old, to endure an academic year covering their faces for hours on end, the time to fight has come again," according to a statement on the board's website.

"Putting aside for the moment the lack of a sound medical or scientific basis for the governor's requirement to mask school children -- who in general are neither at risk from COVID-19 nor likely to spread it -- and also putting aside the lack of any thoughtful, well considered and transparent balancing of the substantial harms of forced masking of juveniles against the purported benefits, the governor and his state-level executive agencies do not have the power to continue the state of emergency indefinitely, and to continue to suspend the Administrative Procedure Act to circumvent normal agency rule making requirements," according to the statement.

"Indeed, the California Emergency Services Act (Cal. Gov't Code Sec. 8629) requires the governor to 'proclaim the termination of a state of emergency at the earliest possible date that conditions warrant.'"

"On June 11, 2021, the governor announced that actions of Californians over the prior 15 months 'had successfully curbed the spread of COVID-19,' and he rescinded his 'stay-at-home' order. But while conditions clearly warrant the end of the state of emergency, and the governor effectively has announced as much, the governor has refused to give up his emergency powers. And he has now misused that power in a way that threatens serious harm to Orange County's children." 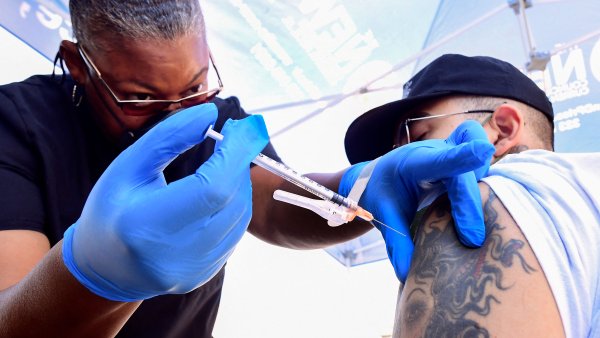 The board retained a pro bono legal firm to handle the case, so the challenge "will not incur legal fees to Orange County's taxpayers."

Tuesday night's vote, held during a special session, was 4-0, with board member Beckie Gomez leaving the meeting before the vote was held, the OC Register reported. The board was scheduled to hold its regular meeting Wednesday afternoon.

Newsom's office did not immediately return a request for comment. He has been adamant about ensuring safety of students and staff returning to in-person instruction -- including through mask-wearing.