Next for Occupy Movement: Port of LA

Occupy LA protesters remained at their encampment early Tuesday outside City Hall, but organizers are planning the group's next move.

The next target of protesters -- the Port of LA. Activity at the port is scheduled for Dec. 12, according to organizers.

"The coalition stands in solidarity with all west coast occupations that  will take place in key west coast ports and cities on this day," the organization said in a statement. "The intention is to effectively disrupt the capital flow and profits of the 1 percent in the  billions of dollars."

Members of Occupy LA were supposed to leave their encampment outside City Hall Monday morning, but the 12:01 a.m. deadline set by the city passed and hundreds of tents remain at the site. Four people were arrested early Monday for failing to obey a dispersal order issued by the LAPD after some protesters gathered in the streets near City Hall.

Many returned to the encampment later Monday morning.

Later Monday, attorneys for the group filed for a temporary restraining order in federal court to prevent authorities from removing Occupy LA protesters from the lawn of City Hall. 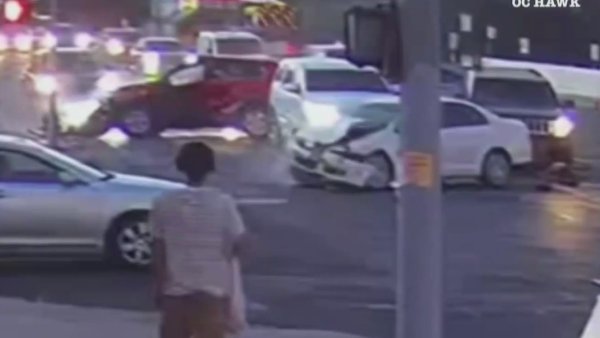 Click here to read more about the planned eviction.