The owner of the pipeline causing the major oil spill off the coast of Huntington Beach says it is no longer leaking into the Pacific ocean, the Associated Press reported Sunday afternoon.

Cleanup efforts are ongoing, and officials say beaches could be shut down for several weeks, possibly months.

The oil slick was spotted off the coast of Newport Beach on Saturday and was caused by a spill from an offshore rig. The spill has dumped about 126,000 gallons of oil into the water as of Sunday morning.

The spill emanated from a facility operated by Beta Offshore about 5 miles offshore and was likely caused by a pipeline leak, though the cause of that leak is unknown and is being investigated.

By Sunday morning, the spill covered 5.8 nautical miles between the Huntington Beach Pier and Newport Beach.

In a news release Sunday, the city of Huntington Beach said they made the decision to close the ocean and shoreline in Huntington Beach between the Santa Ana River Jetty and Seapoint Street.

It was unclear how long this closure would be in effect or how long the cleanup efforts will take.

Huntington Beach Mayor Kim Carr was joined by several public officials Saturday night to discuss the "major oil spill" that prompted beach closures and the cancellation of the last day of the Pacific Airshow.

Carr said that the spill of 3,000 barrels' worth of oil was reported about 9 a.m. Saturday and drew a response from all levels of government, and that a unified command was established to handle this environmental crisis.

"The spill has significantly affected Huntington Beach, with substantial ecological impacts occurring at the beach and at the Huntington Beach Wetlands," a city statement said.

The oil spill occurred in federal waters at the Elly platform, which was built in 1980 and processes crude oil from two other platforms that comes from a large reservoir called Beta Field. Houston-based Amplify Energy Corp. is the parent company of Beta Offshore.

The head of that firm joined Coast Guard, state wildlife and county officials at a news conference at 1 p.m. on Sunday in Long Beach, where he said company divers were on location investigating the source and potential cause of the leak.

"Our employees live and work in these communities and were all deeply impacted and concerned about the impact on not just the environment but the fish and wildlife as well," Amplify President and CEO Martyn Willsher said.

"We will do everything in our power to (clean up the spill and stop the leak)," Willsher said.

U.S. Rep. Michelle Steele of California's 48th district sent a letter to President Joe Biden on Sunday, requesting a Major Disaster Declaration for Orange County, according to a statement from her office.

Major Disaster Declarations allow states to take advantage of "a wide range of federal assistance programs for individuals and public infrastructure," according to the website for the Federal Emergency Management Agency.

“It is imperative that the Federal Government assist in recovery efforts," she wrote in that letter. "Constituents who live along the shoreline are already reporting oil on the beach and strong odors. Officials are already responding to protect sea life. Dead fish and birds are already being reported on beaches and shorelines."

The United States Coast Guard first responded to reports of an oil slick spotted three miles off the coast of Newport Beach on Saturday afternoon.

The slick was approximately 13 miles in diameter at that point, the USCG said in its initial announcement on Twitter.

The California Department of Fish and Wildlife was also monitoring the situation. Their Office of Spill Prevention and Response received reports of "oil in federal waters several miles offshore of Huntington Beach," and was investigating the "source, volume & oil type," according to another Twitter statement.

Skimming equipment and booms were deployed to prevent the inflow of oil into the Bolsa Chica Ecological Reserve and Huntington Beach Wetlands.

The California Department of Fish & Wildlife set up the Oiled Wildlife Care Network hotline, at 877-823-6926, for people to call if they see wildlife impacted from the oil. Members of the public were urged not to approach wildlife.

Carr described the situation as a "potential ecologic disaster," and said that some of the oil had reached the shore and was impacting the Talbert Marshlands and the Santa Ana River Trail. 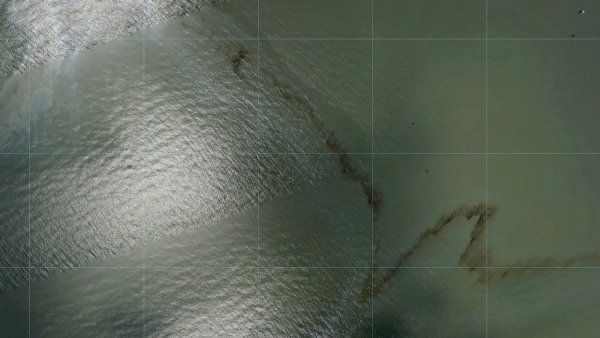 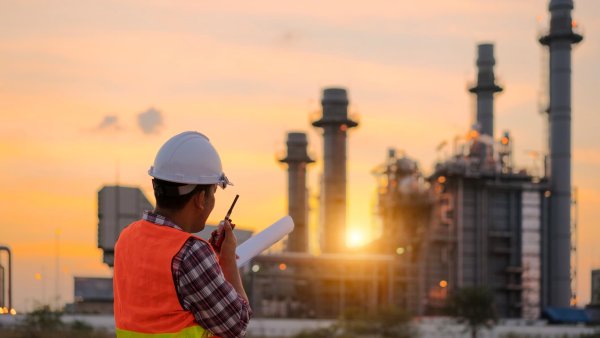 It Could Be a Hot Summer Ahead for Oil Prices

The second day of the Pacific Airshow was canceled while officials dealt with the spill. About 1.5 million people attended that airshow on Saturday, officials said.

"The city fully acknowledges the gravity of the decision to cancel the final day of the iconic Pacific Airshow and the disappointment that this decision will cause," Huntington Beach officials said in a statement. "However, the need for prompt and intensive intervention efforts requires complete and unfettered access to the marine environment."

Health officials warned people not to swim, surf or exercise by the beach because of the potential health hazards, and the public was asked to avoid any oiled areas.

Dr. Clayton Chau, Orange County's chief health officer, said health officials were "strongly, strongly advising residents to refrain from any activity" on or near the beach, such as swimming, surfing or exercising nearby, as oil spills can affect human health directly or indirectly.

People were also urged not to fish in the area, since the waters are considered toxic. Harmful effects can include oil getting on the skin or people inhaling vapors.

The City of Newport Beach issued a Beach Advisory late Sunday morning "advising residents and visitors to avoid contact with ocean water and oiled areas of the beach."

According to the Newport Beach's statement, "oil has been observed on shore in Newport Beach between 52nd street and the Santa Ana River." Beaches remained open with the warning in place, and Newport Harbor was still open "for boating and general recreational use."

The Coast Guard was coordinating the response to the spill and investigating how it occurred. Trained spill response contractors were cleaning up the disaster.

"Public volunteers are not needed and could hinder response efforts,'' the unified command in charge of cleanup said.

Anyone with questions or concerns related to the oil spill, can contact the following:

"Significant ecological impacts in HB. Oil has washed up now onto the HB beachfront. We've started to find dead birds & fish washing up on the shore," Foley tweeted at 12:48 a.m. She added that the damage from the spill could be irreversible, calling the beaches and marshlands "part of our heritage" that draw countless numbers of people to the shore.

Anyone looking to assist with the cleanup and recovery efforts can visit the  Surfrider Foundation website and HB Wetlands & Wildlife website.