The last time overall hospitalizations were this low was Oct. 26.

If current COVID-19 trends continue, Orange County could graduate from the red to the orange tier under the state's blueprint for reopening the economy by the end of the month, officials said Wednesday.

There had been some confusion about whether the county could move up a tier by March 31 or April 7. But after an inquiry Tuesday night, the California Department of Public Health said the target date for the county to reach the orange tier is March 31, Orange County CEO Frank Kim said.

Moving up to the orange tier would allow for more business to reopen. Retail stores would not have to limit attendance, and churches, movie theaters, museums, zoos and aquariums could expand attendance to 50% of capacity. Restaurants could expand indoor dining to 50%, wineries could offer indoor service at 25%, and bars that don't serve food could reopen outdoors for the first time.

Track COVID-19 Vaccinations in LA With These Interactive Tools

The latest weekly update from the state, issued on Tuesdays, showed the county's test positivity rate improved from 2.2% to 2.1%, and the adjusted case rate per 100,000 people on a seven-day average with a seven-day lag improved from 4 to 3.5.

The county's Health Equity Quartile rate, which measures positivity in hotspots in disadvantaged communities, improved from 3.5% last week to 3.2%. 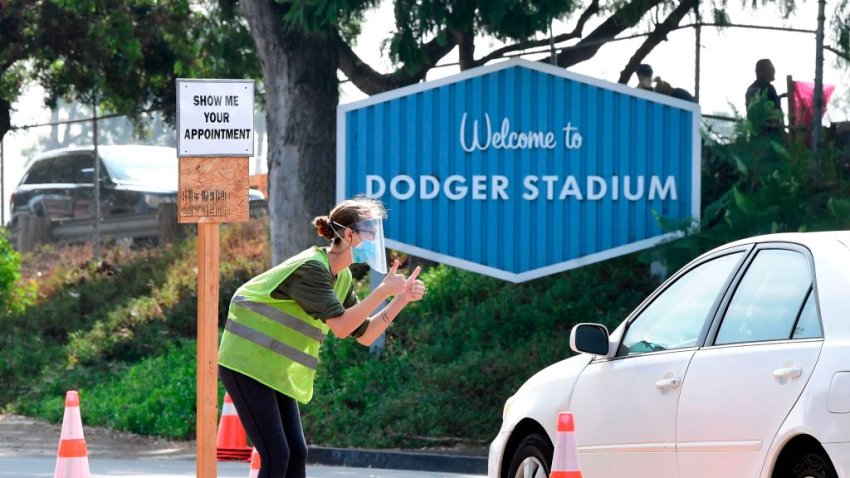 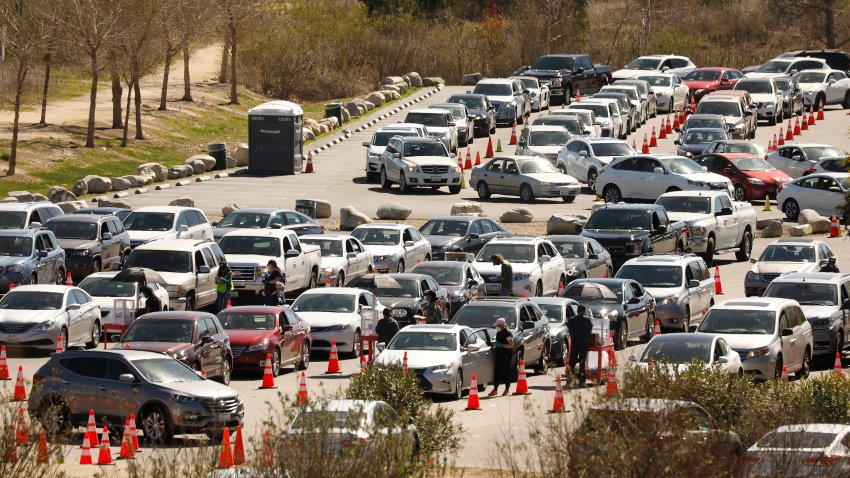 The county reported just 82 new COVID-19 cases, upping the cumulative total to 249,842, and hospitalizations decreased from 188 on Tuesday to 172, with the number of COVID-19 patients in intensive care dropping by four to 36, according to the Orange County Health Care Agency.

The last time overall hospitalizations were this low was Oct. 26. It's not clear when ICU numbers were this low, as the county's website dates back to late May and there is no data lower than 36 patients.

The county also logged 11 more COVID-19 fatalities, upping the death
toll to 4,646. Death reports are often staggered and some of the fatalities
logged on Wednesday date back to December.

The death toll for March increased to 65, and to 508 for February. In January, the deadliest month of the pandemic, there have been 1,446 fatalities logged. In December, the second deadliest month, there were 919 deaths reported.

In another development, Orange County Sheriff Don Barnes announced he will reopen visits at the county's jails on Friday for the first time in a year. Barnes said the protocols he implemented to curb the spread of coronavirus in the jails have been successful.

Clinical trial data for the AstraZeneca vaccine showed 100% effectiveness at preventing death and hospitalizations from COVID-19, but a federal review board express concern that the data was outdated. NBC News medical expert Dr. Natalie Azar says she's still optimistic about the efficacy of the AstraZeneca shot and explains why.

"Today, we have two inmates who have tested positive for COVID-19," Barnes said, adding that the height was 1,240 at the end of December.

Inmates will be able to get one visit per month initially, he said.

Also, the sheriff can now offer vaccines to all inmates. Previously, the county worked to inoculate seniors who were 65 and older.

Barnes said he would continue to oppose the American Civil Liberties Union's efforts to compel the release of more inmates to help curb the spread of COVID-19, noting he has released 1,700 low-level offenders since the pandemic started.

The sheriff said he will ``continue to oppose (the ACLU's) efforts...because I believe they represent a significant risk to the community if released."

Orange County Supervisor Lisa Bartlett said it's possible the county could move up to the orange tier sooner if the state relaxes its standard by meeting its goal of 4 million people inoculated in its health equity category statewide.

Bartlett also told City News Service Wednesday that the county's allocation of vaccines will increase next week to 60,470.

Bartlett encouraged residents to continue with all of the health protocols such as wearing a face covering and social distancing as public health experts have sounded the alarms about a potential surge fueled by variants.

Scores of people gathered in Garden Grove against instances of Asian hate, as well as violence taking place across the country. Hetty Chang reported on NBC4 News on Tuesday, March 23, 2021.

"We could be potentially getting a surge of COVID due to the variants, so that's something we have to stay on top of,'' Bartlett said.

Dr. Clayton Chau, director of the OCHCA and the county's chief health officer, said the state has inoculated about 2.8 million people in the health equity category. The county estimates that 90% of its seniors have been inoculated, Chau said.

Chau told the Orange County Board of Supervisors on Tuesday that there have been 1.198 million shots distributed in Orange County, which means 430,200 people have been fully inoculated.

With a booster shot, the Pfizer or Moderna vaccines provide protection against infection for about 18 months, Chau said. It takes two weeks after receiving a shot for the recipient to be fully protected, he added.

Bartlett said the vaccines are a likely reason coronavirus cases and hospitalizations are falling.

"Every county is improving and I think it has to do with the number of people vaccinated and we're building herd immunity," Bartlett said. "We're doing vastly better this month than we did last month.''

"I think that we've seen a dramatic drop in hospitalizations and the case rates and positivity rates because of the vaccines are now here for three months now,'' he said.

Chau acknowledged that recent variants are more contagious, but said he was optimistic that the vaccines will pave a path out of the pandemic.

The county can move the Othena information to the state's MyTurn app, but it would require the registrants to register again, Bartlett said.

Orange County is doing 277.5 tests per 100,000 people on a seven-day average with a seven-day lag. Its testing average mirrors the state average, Kim said.