Retail stores could allow for half capacity instead of 25%, and museums, zoos and aquariums could reopen for indoor activities at 25% capacity, as could movie theaters, gyms and restaurants.

The county also reported 33 more COVID-19 fatalities, but those are often delayed for a variety of reasons. One of the deaths reported Wednesday occurred Dec. 23, for example. 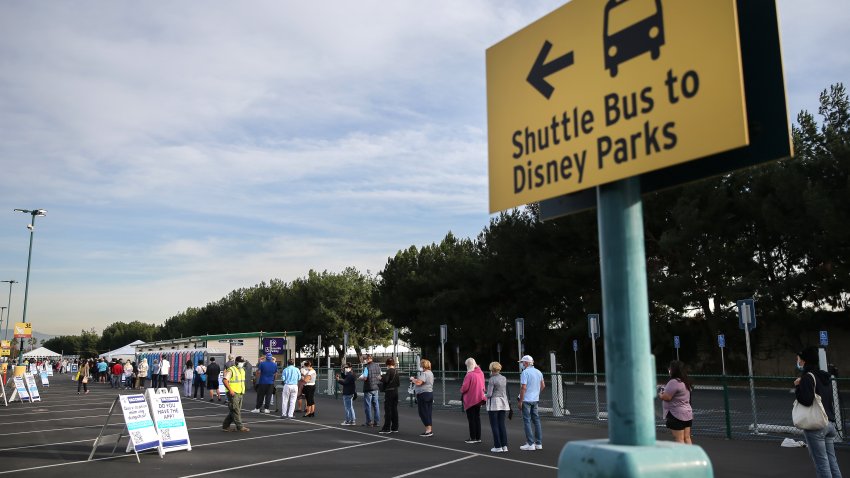 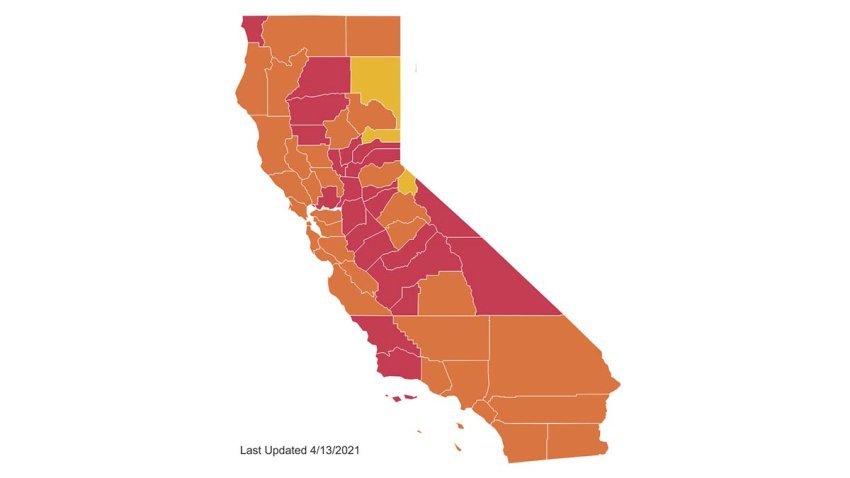 Hospitalizations continued to decline, with the Orange County Health Care Agency reporting 277 COVID-19 patients, down from 283 on Tuesday, and 73 in intensive care, down from 77.

Gov. Gavin Newsom announced Wednesday that the state was closer to meeting its goal of inoculating two million Californians in underprivileged communities most at risk for COVID-19, which triggers a relaxing of standards to move up from the most-restrictive purple tier to the red tier.

It won't matter in Orange County, where officials say they are still on track for making it up to the red tier by March 17 at the earliest.

"I don't think it affects us if we reach that milestone as set by the governor," Orange County CEO Frank Kim said. "We still have to go through the process of meeting the criteria for two weeks."

The county has credit for meeting the red-tier metrics for a week, and if the county continues to do so as of Sunday it will be eligible for a graduation up a tier. The state makes it official on Tuesdays, and counties have to wait another 24 hours before getting to reopen more businesses.

"It will help San Diego, Riverside and Ventura (counties)," since they didn't quite make the red tier for this week, he said.

Orange County on Wednesday set up a mobile vaccination pod at Christ Cathedral in Garden Grove to help promote the importance of inoculations among Roman Catholics, some of whom are concerned about the ethics of some vaccines.

The issue is whether vaccines are connected to a process that uses cells from aborted fetuses. Roman Catholics are being advised that the Moderna and Pfizer vaccines are preferred because there is little to no connection to these "cell lines" linked to abortions compared with Johnson & Johnson, which has more connection to the cell lines in its creation. But since COVID-19 can be so deadly, Catholics are advised to take whatever vaccine is available if they don't have a choice.

Kim said the promotion of the mobile pod at Christ Cathedral is one of many efforts to reach out to various groups in the county that might have vaccine reluctance.

"The goal of it is to give people the choice," Kim said. "They can make that decision now based on their own research and understanding."

County officials are also aiming to get out ahead of a potential problem in the coming weeks when there is wide proliferation of vaccines and more stubborn residents resistant to inoculation, Kim said.

"What if you've got vaccines and no customers?" he said.

County officials are recruiting local leaders in various groups that might show some resistance to vaccines to get better buy-in in those communities, Kim said.

"It also gives us a chance to meet with these groups and if there is hesitancy, is there some way we can address it by providing information or is it an issue that is not fact-based so we can dispel rumors and myths and other things like that," he said.

Kim was also encouraged that Congress has approved the $1.9 trillion stimulus because it will provide much needed funding to help pay for a $200 million budget hole created by COVID-19-related expenses. Some of those expenses will be covered by the Federal Emergency management Agency, but the stimulus can cover the rest and also help defray expenses from future booster shot campaigns and other expenses over the next few years, Kim said.

Dr. Clayton Chau, the county's chief health officer and director of the Orange County Health Care Agency, told the Board of Supervisors on Tuesday that the county has a "very high probability" of graduating to the less restrictive red tier in the state's coronavirus reopening system next week.

But even if the county meets all the metrics for the orange tier as of Sunday, it can't move up an extra level right away.

Supervisor Lisa Bartlett pointed out that the county will likely not have to worry about a return to the purple tier if there is a surge in cases because the state will increase the level of allowed cases in the red tier if it meets its goal of inoculating two million Californians in lower socioeconomic communities most at risk of infection.

In the state's move to inoculate the most vulnerable Californians, four ZIP codes in Orange County have been identified as hotspots to focus on, Chau said. The areas include neighborhoods in Santa Ana, Anaheim and Garden Grove.

Meanwhile, the county received good news Tuesday when the state updated its weekly numbers in the tiers network. The county's test positivity rate improved to 3.2% from 3.9% last Tuesday, and the adjusted case rate per 100,000 people on a seven-day average with a seven-day lag improved from 7.6 to 6. The county's Health Equity Quartile rate, which measures positivity in hotspots in disadvantaged communities, improved from 4.9% last week to 4.1%.