A year after the first juvenile fatality of COVID19, another child has succumbed to complications from coronavirus, officials confirmed Friday, but this youth was under 5 years old.

Officials did not disclose the age or gender of the child, but said the youth was under 5 and had underlying health conditions.

Orange County Supervisor Katrina Foley, who has worked to raise awareness of the highly contagious Delta variant's impact on children in the county, said she was told the child had preexisting conditions from birth and was infected by an adult. 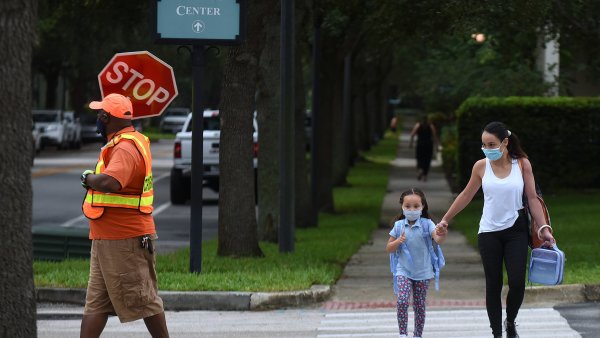 DeSantis Ban on School Mask Mandates in Florida Back in Force: Appeals Court 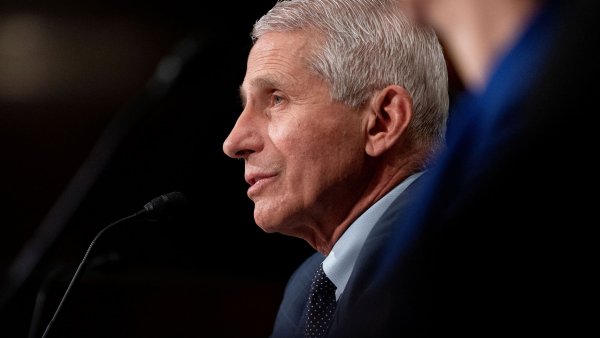 Singapore Pivots to Living With Covid, Refrains From Tightening Measures Even as Cases Rise

"It's just heartbreaking," Foley said. "But really the only way out of this pandemic -- and you've heard me say this a thousand times -- is to get vaccinated."

Dr. Clayton Chau, the county's chief health officer and director of the Orange County Health Care Agency, issued a statement saying, "My heart goes out tot his family who has lost a precious young life. This is an urgent reminder that we must do everything we can to protect our little ones, the children and infants in our community who are not yet eligible for a vaccination."

The county logged four more fatalities on Friday, all of which occurred in August. The death toll for August now stands at 110, much higher than July's 20 fatalities.

The victim was a teenage girl with significant underlying medical conditions.

There have been no deaths reported for September yet.

Hospitalizations for the virus continued a downward trend Friday.

The COVID-19 patient count dropped from 432 Thursday to 426, with the number of patients in intensive care dipping from 132 to 130.

Thought the decline was modest, Andrew Noymer, an epidemiologist and UC Irvine professor of population health and disease prevention, said, "It's still moving in the right direction."

Noymer said the trends in Orange County mirror what is happening in Contra Costa county, which he said is similar.

"We're seeing that also in Contra Costa County -- that infections are going down," Noymer said. "It looks like our summer wave is going down, but we're going to have a winter wave. We're not done with Covid."

It is uncertain whether there will be a surge based on Labor Day gatherings. Noymer pointed to Easter last year when officials expected a surge and didn't get one.

If there is a Labor Day surge it will likely become apparent sometime next week.

The OCHCA also added new metrics to its website measuring the case rate per 100,000 residents in various age groups, which breaks down as follows: -- Among infants up to 3 years old, the case rate is 6.3;

On Tuesday, the county's weekly COVID-19 case and positivity rates showed significant declines, providing more evidence that the county is emerging from the summer surge.

The county's Health Equity Quartile rate, which measures the impact of the pandemic on disadvantaged communities, dropped from 7.3% to 5.8%.

The county has 2,043,693 fully vaccinated residents out of its 3.2 million population, according to data released on Thursday.

There are 455,692 children 11 and younger in the county who are not yet eligible for vaccination.

The OCHCA reported 563 new infections Friday, raising the cumulative total to 289,798 cases since the pandemic began.

Some experts are concerned about the flu season this year as more students are back in classrooms. Last year, warnings of a "twindemic" did not pan out, and some experts said it was because of widespread masking, but more students then were learning through remote programs from home.

"It was way overblown last year," Noymer said of the forecasts of a "twindemic."

Noymer said the term "twindemic implies crisis, so it's a very alarmist term."

He added, "it remains to be seen" how many people catch the flu this year.

"I think we'll have more flu than last year," Noymer said, adding his ``best guess'' is it will be like a normal flu season.

Noymer said the so-called Mu variant is "definitely concerning in the laboratory, but out in the real world it's not keeping me up at night, but it's something we're continuing to monitor."

The Mu variant originated in Colombia.

"It seems in the laboratory it has the ability to evade the vaccine, but it remains to be seen if it will knock Delta off its perch,'' Noymer said.

Delta has shown itself to be much more transmissible than other variants and is considered as contagious as chicken pox. It's not yet known how transmissible Mu is.

Noymer praised the latest vaccine mandates to come down from the federal government, but he criticized the messaging.

For those who object to the mandates, "There is a testing option, so no one who has strong objections to being vaccinated will be vaccinated against their will," Noymer said.

It's not just the federal and local governments mandating vaccinations it's also being required by private companies, Noymer said.

"It's pretty clear organizations can legally require it, so I'm all for it, but I don't think it's the right rhetoric to throw the unvaccinated under the bus the way (President Joe Biden) did," Noymer said.