The outbreak at Concordia University in Irvine, as of Saturday, involved 49 students and 16 on-campus employees who were waiting on confirmation through PCR tests.

Orange County reported a record number of new coronavirus cases Monday, including an outbreak at Concordia University, along with a jump up in hospitalizations, causing some concern among local officials on how to get the message out to the public to discourage holiday get-togethers and other fraternizing.

The county reported 1,422 new COVID-19 diagnoses, raising the cumulative case total to 71,116, but the county did not report any new fatalities, leaving the death toll at 1,554.

The outbreak at Concordia University in Irvine, as of Saturday, involved 49 students and 16 on-campus employees who were waiting on confirmation through PCR tests.

The outbreak was discovered as students were tested prior to returning home for Thanksgiving break. The infections were picked up through antigen testing.

Those who tested positive are isolating on campus and 15 additional students who had close contact with them are quarantined as they all wait for confirmation of positive results. The large majority are asymptomatic prompting students to be extra careful as they wait for the test results to come back.

The university has canceled athletics practices until spring and Concordia will return to online learning only through the rest of the semester. 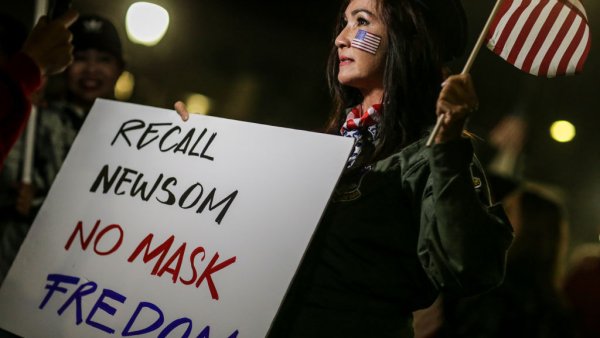 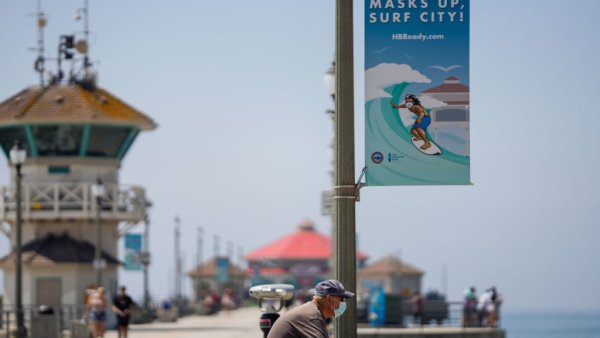 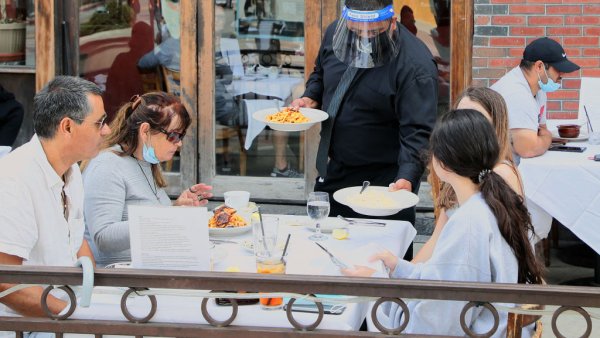 The number of county residents hospitalized with the coronavirus is on the upswing, increasing from 380 Sunday to 428 on Monday, with the number of patients in intensive care rising from 91 to 105, according to the Orange County Health Care Agency.

The change in the three-day average of hospitalized patients inched up from 24.6% to 26.4%. The county has 25% of its intensive care unit beds and 66% of its ventilators available.

The worst day for hospitalizations so far was July 14, when 722 people were hospitalized for COVID-19. The last time it was as high as it is now was in mid-August.

“It looks horrible,” Orange County CEO Frank Kim said of the most recent statistics. “I was dreading seeing a large number like that.”

But it's a trend throughout Southern California, Kim noted.

“We saw San Bernardino County with numbers of cases in the two thousands,” Kim said. “It's just really bad in Southern California. I just don't think people are taking it seriously enough. It's not a judgment. I don't know how you get people to take it more seriously.”

LA County is seeing a record number of coronavirus cases. Angie Crouch reports for the NBC4 News on Monday, Nov. 23, 2020.

Kim noted recent protests such as one in Huntington Beach on Saturday night about the state's curfew order. About 400 people took part.

“I've seen a lot of protests, people participating in what appear to be less-than-essential services,” Kim said.

Orange County Supervisor Lisa Bartlett said she is concerned that crackdowns on business activity in other counties could have an impact on their neighbors.

“My concern is it's like squeezing a bubble. You're going to get more on the other end,” Bartlett said. “If you lock down restaurants to just takeout and delivery, then a lot of residents in border counties are going to go to restaurants in other counties. It's problematic because then we have more people mixing together potentially and COVID-19 numbers could increase in those other counties.”

Bartlett is also concerned that closing businesses earlier could steer more people to gather together at home.

“They might gravitate to gather together at personal residences and that is a greater concern to me than gatherings at restaurants outdoors where things are sanitized and social distancing is in place.”

Bartlett added, “The current spread of COVID-19 is to a great extent the small to medium-sized gatherings in the non-business environment and it is very difficult to police. It has to be on a voluntary basis and the state has to do a better job educating the public at large, not just penalizing our business sector, which has already been hit so hard.”

Kim said the county is focusing on encouraging testing.

If residents insist on a Thanksgiving gathering, they need to consider a meal outdoors and keeping the number of the party as small as possible, he said.

“If you're going to get together anyway, there's a value in getting tested,” Kim said. “It's a snapshot in time of how you're doing, but you can't get yourself tested and then run 20 different errands and show up to Thanksgiving. It defeats the whole purpose of how you're managing all that, but the concept is test yourself more frequently, reduce the amount of activities outside your stable cohorts and after an event -- if you're going to have one -- it wouldn't be harmful to get a second test... But, obviously, the safest thing is to stay at home.”

Cedar's Sinai could be the recipient of a vaccine. Patrick Healy reports for the NBC4 News on Monday, Nov. 23, 2020.

“We went from 250 to 300 and now we're up over 400, and our ICUs are still kind of low in comparison, so maybe the hospitals are getting better, but my sense of it is it's a trailing indicator and in two weeks we might see a huge number of ICUs, so I'm concerned about it.”

Kim said he is in the third week of his own COVID-19 battle and has had his ups and downs.

“We have to beat the curve on this trend,”' Kim said. “As somebody living through COVID-19, I don't even know how to explain how terrible this disease is. I would never want to do this again in my entire life. It's day 17 of symptoms and I'm just starting to turn the corner.”

Orange County and most of California came under a state-mandated soft curfew Saturday night that bars nonessential activities, gatherings and business operations starting at 10 p.m. nightly.

The order announced by Gov. Gavin Newsom's office Thursday applies to all counties in the most-restrictive purple tier of the state's four-tier coronavirus monitoring system -- including Orange County. It remains in force nightly until 5 a.m. on Dec. 21.

Most law enforcement agencies are not enforcing the curfew. Orange County Sheriff Don Barnes told City News Service that he has a lot of issues with the stay-at-home order because he believes the resources to enforce it are limited and could lead to civil rights challenges.

Even if deputies issued tickets for a misdemeanor violation for ignoring a state health order, what happens if the person cited refuses to accept it, Barnes asked.

“How far do we go? Is the public comfortable that we're going to potentially arrest you and with force if necessary if a public health order is violated?”

To compound matters, the courts are not holding hearings on misdemeanors, Barnes said.

“I think we've gotten significant compliance in the county of Orange. Most people are following the guidelines of public health orders,” Barnes said. “The few who aren't are few and far between.”

Counties in the tier are prohibited from allowing indoor service at restaurants and movie theaters, gyms and fitness centers.