Over 1,500 Workers to Potentially Strike USC-Run Hospitals and Clinics in June

The National Union of Healthcare Workers announced Wednesday a 96% vote in favor of a five-day strike to potentially take place next month at Keck Hospital of USC, USC Norris Comprehensive Cancer Center and several university clinics and call centers.

Negotiations resumed Thursday between the union representing more than 1,500 health care workers at USC-affiliated health care facilities and call centers and the university, one day after the announcement of the authorization of a five-day strike next month.

The National Union of Healthcare Workers announced Wednesday a 96% vote in favor of a five-day strike to potentially take place next month at Keck Hospital of USC, USC Norris Comprehensive Cancer Center and several university clinics and call centers.

More than two-thirds of union workers cast ballots in the weeklong vote, according to the union, which represents nursing assistants, respiratory therapists, housekeepers, medical technicians and licensed vocational nurses.

No strike date has been set.

“USC has mistreated its caregivers during the pandemic,” alleged Patricia Barahona, a patient care technician at Keck Hospital.

USC Commencement Ceremonies Begin in Person But With Pandemic Adjustments 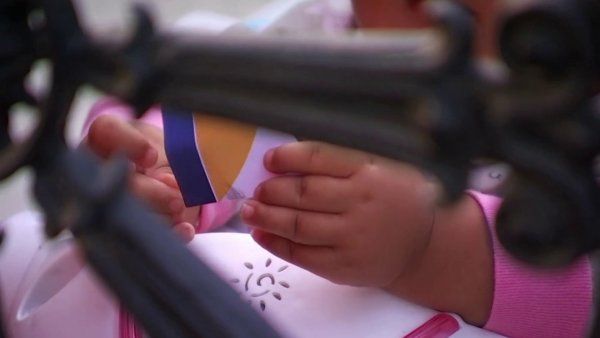 “We've put our lives on the line for our patients; meanwhile the university has cut our retirement benefits, made it harder for us to take sick leave and refused to offer hazard pay to maintain staffing even during the worst days of the COVID-19 surge.”

Keck Medicine of USC issued a statement Wednesday expressing its disappointment by the strike authorization vote.

“Negotiations are still underway, and we have reached tentative agreements on many issues,” the statement said. “Our proposals offer improvements in various areas, including staffing, workplace safety, above-market compensation and other issues important to our health system and employees.”

“We remain hopeful that we can solidify an agreement without a work stoppage. Keck Medicine has upheld exemplary safety measures throughout all stages of the pandemic. Taking care of our staff -- both physically and emotionally -- is fundamental to ensure the highest quality care for our patients.”

The statement mentioned Keck Medicine's Care for the Caregiver program, which offers the following to all employees in need:

According to the union, USC canceled its annual 5% contribution to employee retirement accounts last year, and has rejected proposals to reverse the takeaway.

The union contends that at the bargaining table, USC is also:

-- refusing to restore holiday pay for workers at the Norris cancer hospital;

-- insisting on the right to subcontract workers;

-- refusing to guarantee emergency housing and hazard pay in the event of a future pandemic; and

-- seeking to eliminate the right of workers to hold pickets or public protests for the duration of the contract.

Caregivers protested outside Keck Hospital of USC last year against the university imposing rules that, according to the union, limited sick leave and imposed penalties on workers seeking more time to recover from illnesses or take care of their sick family members.

That protest, which took place one month before California's first shelter-in-place order due to the pandemic, would have been forbidden under the university's current proposal, according to the union.

“We can't provide the care our patients deserve if we can't inform the public of problems we see in our hospitals,” said April Henriquez, a support coordinator at Keck Hospital.

“We don't want to strike, but we've been through too much to let USC cut our benefits, put our safety at risk or prevent us from speaking out and advocating for our patients.”