"I am so proud of her what this means to all of us. We’ve been supporting Kamala all these years," Brown said.

Among those proudly watching watching the inauguration Wednesday morning were owners of the first and only Black-owned winery in Napa and a group of Black female executives, including a former president and general manager of NBC4 Paula Madison, an early supporter who watched her friend Kamala Harris make history.

"I think we can all have a toast to this new administration and our sister," Coral Brown said, as she raised a glass.

The toast to history was lead by Coral Brown of Brown Estate, the only Black-owned winery in Napa, at a virtual wine tasting to celebrate the inauguration of Joe Biden and Kamala Harris. 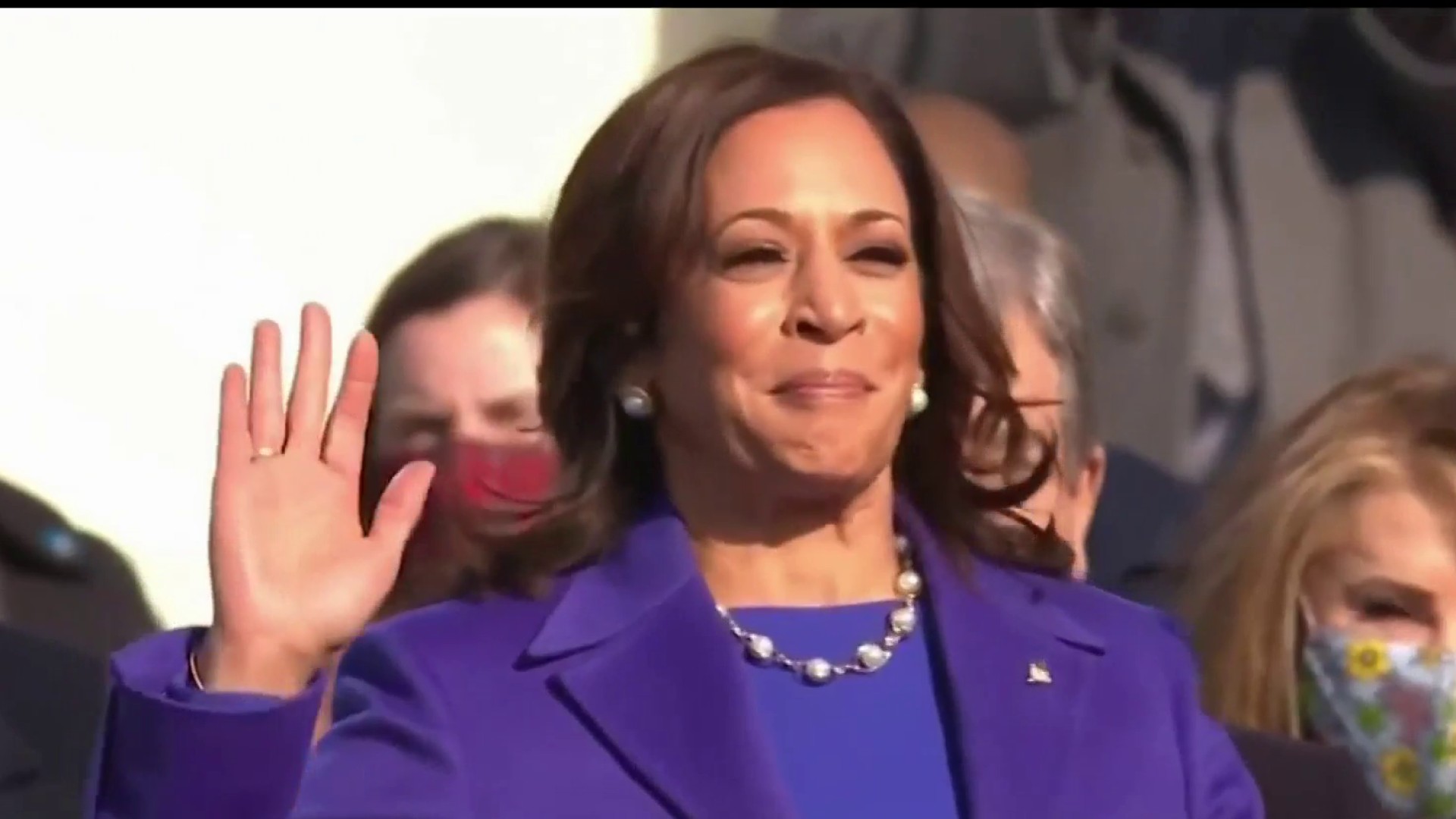 Unexpected Moments from Biden's Inauguration Day That Made a Big Statement

"I am so proud of her what this means to all of us. We’ve been supporting Kamala all these years," Brown said.

The day was also especially meaningful for a group that call themselves “The Big Girlz," a group of Black female executives who’ve been meeting for 40 years. That includes Paula Madison, former president and general manager of NBC4.

"It’s emotional. We love this country," said Marsha Diggs, a member of "The Big Girlz."

The Indian village of Thulasendrapuram, the birthplace of Vice President Kamala Harris’ grandfather, held festivities to coincide with her historic inauguration.

Madison said she met Harris at an airport when Harris was district attorney of San Francisco and thinking about a run for California attorney general.

"I was like, 'cmon, you gotta do it this. It will be great.' She’s Jamaican, I’m Jamaican," Madison said.

"I thought the qualities she has really do belong on a much larger arena."

That led to multiple fundraisers at Madison’s home on Martha’s Vineyard that helped Harris become attorney general, then U.S. Senator, then Joe Biden’s pick to become the next vice president.

"This is a dear friend and kindred spirit -- a woman, a Blasian," she said.

"If we weren’t quarantined I would probably be in Washington at the inauguration."

The women in the group wore pearls Wednesday, just like Harris likes to do, as a symbol of dignity and respect, Madison said.

"My father was born on a plantation. It’s a beautiful thing," Madison said.

The women also noted that Harris wore purple, a salute to Shirley Chisholm, the first Black woman from a major party to run for president.