The lawsuit centers around ghost guns, made of frames and receivers and can be sold by unlicensed sellers and later made into untraceable firearms at home.

Parents of students who died in the Saugus High School shooting last year are among plaintiffs in a lawsuit filed Tuesday by California Attorney General Xavier Becerra and the Giffords Law Center to Prevent Gun Violence against the Trump administration, demanding that the U.S. Bureau of Alcohol, Tobacco, Firearms and Explosives change its interpretation of what qualifies as a firearm to cover "ghost guns."

The coalition of plaintiffs includes Bryan Muehlberger and Frank Blackwell, the fathers of Gracie Anne Muehlberger, 15, and Dominic Blackwell, 14, respectively, who were killed Nov. 14, 2019, by a fellow student.

Nathaniel Tennosuke Berhow, on the morning of his 16th birthday, shot a total of five fellow students before shooting himself in the head. He died at a hospital the next day. A week later, Los Angeles County Sheriff Alex Villanueva revealed the weapon used in the attack was a "ghost gun," assembled from parts and untraceable because it had no serial number.

The ATF maintains that the unfinished pistol frames and rifle receivers used to make untraceable ghost guns are not subject to the same regulations as other firearms, according to the lawsuit, which asks the U.S. District Court for the Northern District of California to vacate those determinations and direct the ATF to classify so-called "80 percent" frames and receivers as firearms subject to federal firearms statutes and regulations. 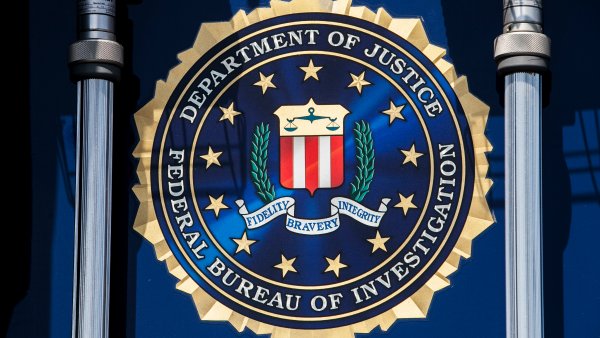 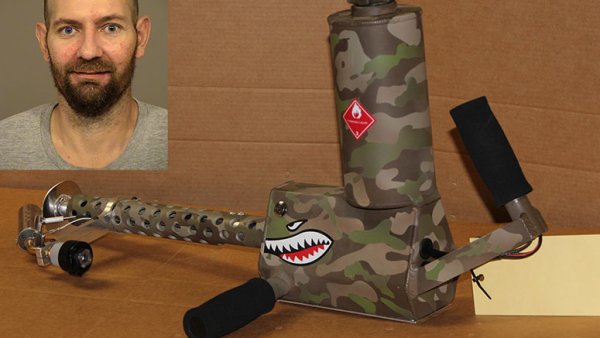 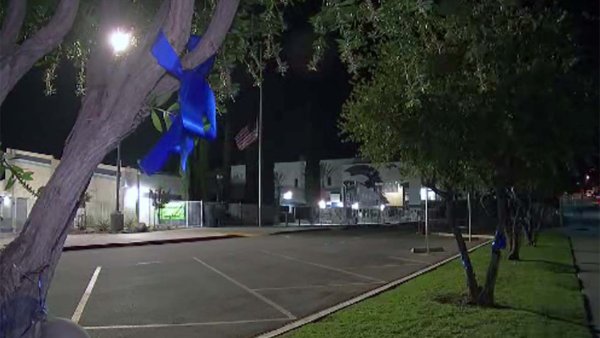 An ATF representative said the agency does not comment on pending litigation.

"Ghost guns are untraceable weapons that have been used in mass shootings throughout the country and right here in California -- from Santa Monica in 2013, to Tehama County in 2017, and at Saugus High School just last year," Becerra said. "We can't afford to wait for another tragedy to happen before we take action. It's time for ATF to prioritize the safety of our communities by calling these products what they are: firearms, and regulating them accordingly."

Ghost gun kits, which commonly contain unfinished frames and receivers, can be sold by unlicensed sellers and later made into untraceable firearms at home. They contain the components of a nearly complete firearm that can be manufactured and then assembled in minutes into a fully functional weapon. Buyers of the kits do not have to undergo a background check, and the resulting firearm is ultimately untraceable because in most states they are not required to have a serial number.

California law mandates that anyone who possesses, manufactures or assembles lawful firearms in the state apply to the California Department of Justice for a unique serial number for each of their self-made firearms.

According to the lawsuit, the ATF says the unfinished frames and receivers are not guns, and therefore not subject to regulation because they have not reached the stage in the manufacturing process that would qualify them as firearms, despite having the authority under the Gun Control Act to regulate them.

"If you can assemble Ikea furniture, you can definitely build a ghost gun, and you'll probably be able to do it faster: There are kits and tools that let you assemble a ghost gun in under 15 minutes. Yet for no reason at all, the parts used to build ghost guns aren't treated as firearms under federal law," said Hannah Shearer, litigation director of San Francisco-based Giffords Law Center.

"The effects of ATF's misclassification of ghost guns are real and they are devastating," she said. "We demand accountability for the industry actors who are enabling gun violence to line their pockets. And we demand justice for Gracie Anne Muehlberger, Dominic Blackwell and others tragically killed by ghost guns."