Partial Lunar Eclipse Will Be Visible in SoCal, If You Can Get Around the Clouds

The eclipse will give November's Beaver Moon a red hue, during the first lunar eclipse in SoCal since May's Super Blood Moon eclipse.

Starry-eyed lovers of astronomy have something to look forward to on Thursday when a near-total lunar eclipse will be visible from SoCal.

Video: See the lunar eclipse over SoCal and other locations.

But according to NBC4 meteorologist Belen De Leon, the cloud cover may mean good views of the lunar event are limited.

"The marine layer is returning this week to help lower our temperatures and that may reduce viewing opportunities west of the mountains," De Leon said.

Click here to send us your eclipse photos and video.

Even so, the astronomical event is one to note -- 97% of the moon will be within the Earth's shadow during the peak of the eclipse, according to the Griffith Observatory.

While that means this is still only a partial eclipse, it's enough to give November's Beaver Moon a red hue, and it's the first lunar eclipse visible in our area since May, when we saw the total Super Blood Moon Eclipse.

Wednesday will start off cloudy and foggy due to the return of the marine layer, but by midmorning the sun will return. The same will happen the next night, but the returning marine layer may limit visibility for a lunar eclipse in our area late Thursday night and early Friday morning. Belen De Leon has the forecast for Wednesday, Nov. 17, 2021.

What causes a lunar eclipse?

Sometimes, as all three celestial objects move around the solar system, the Earth passes between the moon and the sun. When this happens, the Earth casts a shadow, just like any other object that moves in front of a light source.

Lunar eclipses happen when that dark umbra falls on the surface of the moon, when the moon moves in its orbit through the space where Earth blocks light from the sun.

If everything lines up just right, the moon and the sun are on exactly opposite sides of our planet, and we get a total lunar eclipse where the moon is entirely covered by the umbra.

According to NASA, even during these total eclipses, sunlight filters through Earth's atmosphere, illuminating the moon in a way that makes it appear red from the ground on Earth.

But, more often, we get a partial lunar eclipse, meaning only some of the moon is covered by the umbra. During these events, the moon appears very dark where it is covered by Earth's shadow, and what you see depends on where you are on the Earth's surface relative to the moon and sun. 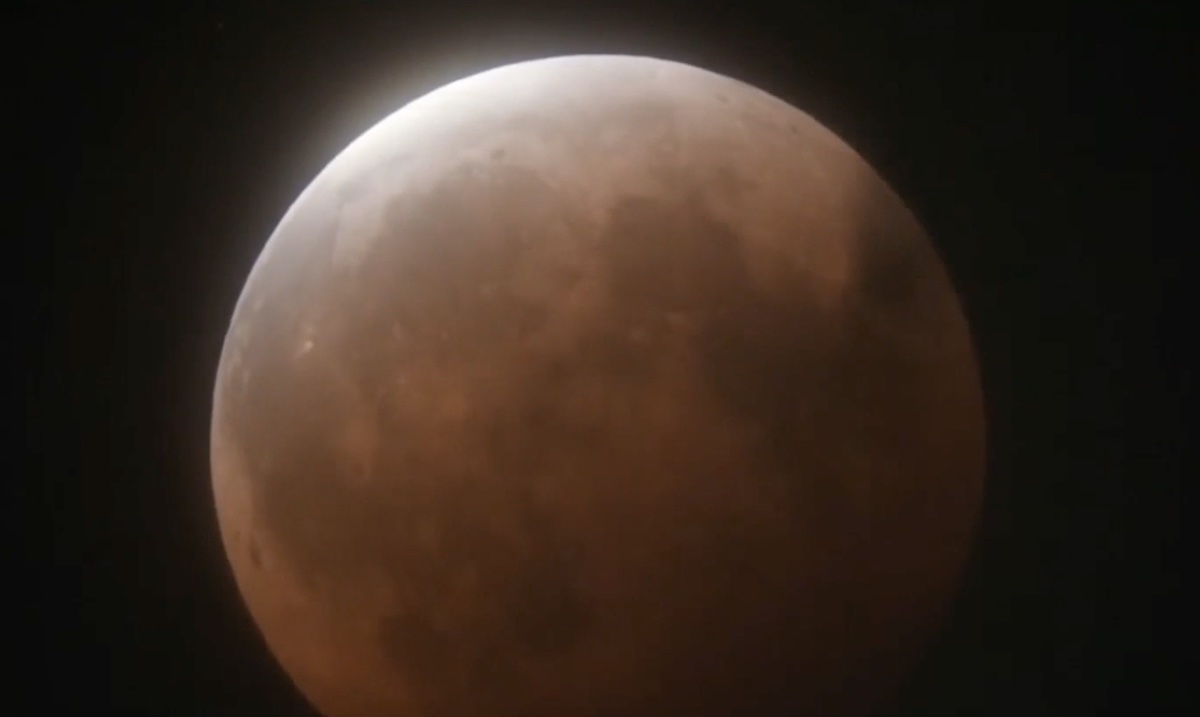 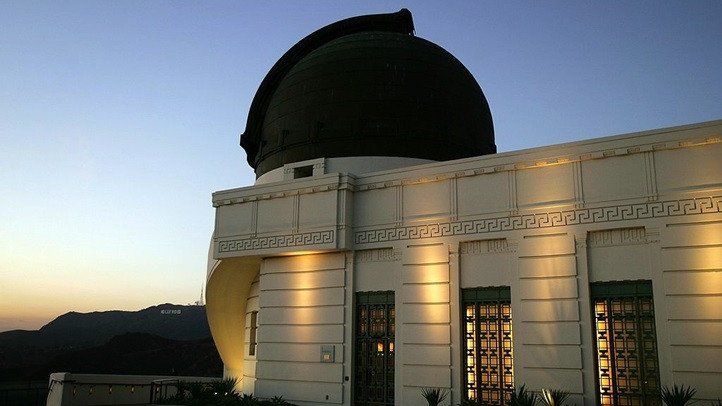 On Thursday, according to the Griffith Observatory, the moon's surface will be 97% covered by Earth's shadow -- almost a total eclipse, but not quite -- and the moon will appear to glow a copper or red color.

How can I see the lunar eclipse?

"The eclipse will last about six hours, making it the longest partial eclipse since Feb. 18, 1440," De Leon said.

"If skies are clear, the eclipse will be visible to the unaided eye from anywhere in Southern California," the Griffith Observatory says on its website. "Just go outside and look up to the southwest."

As for the marine layer and resulting clouds, "It could be better to watch this in that higher elevation, and also in the deserts where the skies could be clearer," De Leon said Wednesday morning.