The blaze was 0% contained and had blackened about 1,500 acres as of 4:50 p.m. Friday, according to the Angeles National Forest.

A homeless man suspected of intentionally starting the Ranch 2 Fire in Azusa surrendered to authorities Sunday, while firefighters endured another day battling the blaze amid scorching temperatures.

The fire, which grew to 2,256 acres overnight, was just 7% contained Sunday.

The man suspected of intentionally starting the fire, 36-year-old Osmin Palencia, was in custody at the Azusa Police Department jail. Police did not release further information except to say that the investigation was still active, and urged anyone with information about the fire's origin to call 626- 812-3200.

Police also said Palencia was believed to have a connection to the Monrovia area and possibly a woman known as "Madonna Ortiz.'' They added he is violent and has multiple active arrest warrants.

Osmin Palencia's last known residence is an encampment in the Azusa Canyon Riverbed, near the start of the Ranch 2 Fire, according to the Azusa Police Department.

A witness who lives in a riverbed near Mountain Cove told NBC4 an argument between two homeless men sparked the fire.

"There were two gentlemen in the back (of a homeless encampment) fighting and they were arguing over a bike and one guy said he'd burn the other guy out, and things got escalated to where the fire started," evacuee Jimmy Pockets told the station.

"Ran over to try to put it out but it just took off so quick."

Anyone with information about Palencia's whereabouts was encouraged to contact the Azusa Police Department at 626-812-3200. 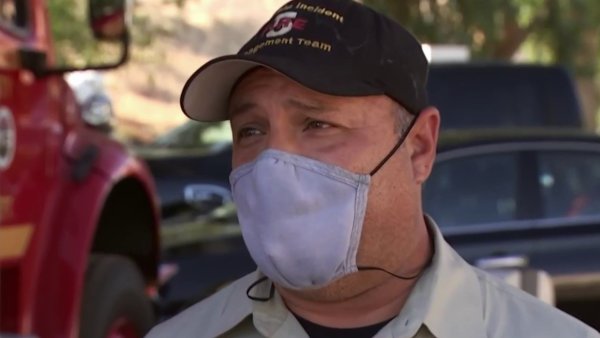 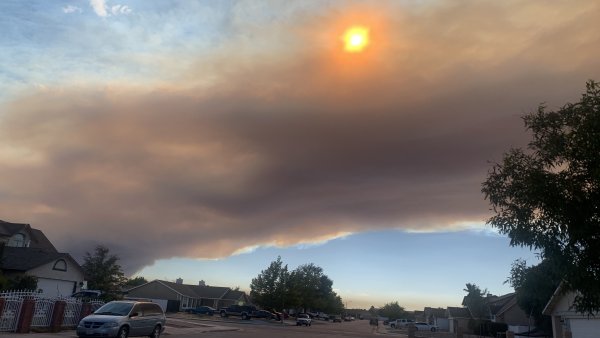 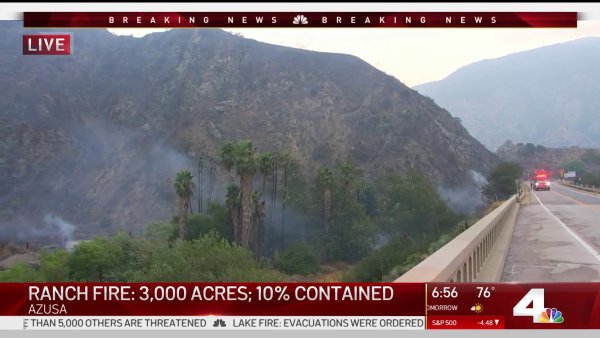 The blaze was 0% contained and had blackened about 1,500 acres as of 4:50 p.m. Friday, according to the Angeles National Forest. Fire officials had initially reported the blaze burned 2,500 acres, but firefighters updated the number after they "were able to more accurately assess fire size and map the area after the smoke inversion lifted" Friday afternoon.

Residents in the Mountain Cove area of Azusa were allowed to go home Friday morning after evacuation orders were lifted because the blaze, re-named the Ranch 2 Fire, was no longer burning toward homes, according to Daniela Zepeda of the U.S. Forest Service.

"Firefighters did a really good job securing the perimeter of the fire closer to homes," Zepeda said. That is despite having an army of just 100 firefighters and waiting for reinforcements."

Winds had calmed down to 5-10 mph with gusts up to 15 mph and relative humidity was 31% but extreme temperatures of 105-108 degrees were forecast, Zepeda said.

Visibility in the area is a quarter-mile to a half-mile due to smoke, which makes it hard to get people to the remaining flames and the remaining fire is on terrain that is steep and difficult to access, she said.

Shortly after, mandatory evacuation orders were extended to include Mountain Cove residents living north and west of Turning Leaf and Boulder Ridge, according to the Azusa Police Department. Police announced about 11 p.m.

Thursday the evacuation order for Mountain Cove residents was lifted, but emergency vehicles would remain in the area for at least 72 hours to monitor the fire.

On Friday, helicopters and crews on the ground worked to prevent the fire from reaching nearby homes, and shortly before 4:30 p.m., the Los Angeles County Fire Department reported the blaze was growing but ``burning away from foothill cities and into the forest.''

State Route 39, also called San Gabriel Canyon Road, was closed in each direction in the area. Northbound lanes were closed at Sierra Madre Avenue and southbound lanes at East Fork Road, according to Caltrans.