Police shot a 13-year-old boy following a tense confrontation at a San Bernardino cemetery after they said he pointed a gun at officers.

The incident unfolded Thursday afternoon after the San Bernardino PD dispatch center received a call from the boy saying he had just killed three people, according to police.

Authorities say the dispatcher heard the 13-year-old fire multiple shots from a gun during the call, at one point, even telling the dispatcher "if they don't kill me, I'll have to kill them."

Officers responded to Pioneer Cemetery at 211 E. Ninth Street just before 2 p.m. and quickly found the teen armed with a handgun loaded with an extended magazine, said the San Bernardino Police Department.

"Officers took positions around the perimeter of the cemetery to contain the suspect and protect the public from harm," said San Bernardino PD in a statement. "They prepared to make verbal contact with the suspect and negotiate his surrender. As officers were doing this, the suspect fired an additional shot from the gun. Despite the suspect's provocation, the officers maintained containment for an extended period of time and continued their efforts to end the incident peacefully."

Authorities say the 13-year-old ignored officers' commands to drop the gun and pointed the gun at officers, at which time, a police shooting occurred.

The teen was struck by officers' gunfire and taken to a local hospital in an unknown condition. No one else was injured in the incident.

Police say the boy's claim to have killed three people was untrue.

Two handguns, four additional loaded magazines, and a large cache of ammunition were found and taken away by police during the investigation.

Nataly Lopez started recording not sure what was happening at Pioneer Memorial Cemetery, behind her home.

As her husband was calling 911 they heard a single shot. Police say the teen had fired into the air.

Next door, Alma Morales watched through a hole in her backyard fence, afraid to get any closer.

In the video the boy appears to yell as he walks out of frame, "I'm coming to you! You're going to have to kill me." 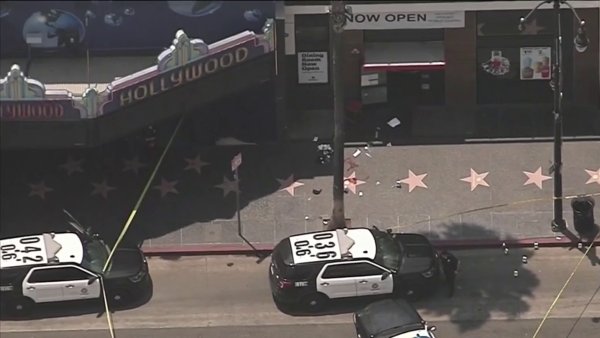