California wineries started uncorking their bottles and welcoming people back to their tasting rooms Friday as the state's $145 billion tourism industry gears up with hotels, zoos, museums and aquariums also allowed to reopen.

With COVID-19 cases in the state still growing, the tourism industry is trying to balance how to implement safety measures to control a pandemic without ruining the fun.

Hotels will limit people lounging by pools and nix breakfast buffets for now. There will be no double-decker safari buses packed with tourists rolling through the San Diego Zoo, nor animal shows that draw crowds.

The zoo instead is using its buses to hold moving shows that will glide past people standing on green circles to keep them 6 feet (2 meters) apart. Every visitor over the age of 2 will be required to wear face coverings.

Wine tasting rooms also are encouraging masks and making room for physical distancing. Many are requiring appointments for tastings.

Gavin Newsom was the nation's first governor to issue a statewide stay-at-home order on March 19. He gradually started lifting the orders in May, allowing retail stores and restaurants to reopen. He soon added churches and hair salons with restrictions.

Stay-at-home orders are estimated to have cost the state economy $72 billion in revenue from tourism and more than 600,000 hospitality jobs, according to Visit California, the state’s tourism marketing organization.

The list of businesses cleared to reopen Friday included movie theaters, bars and gyms and is the most expansive yet, though counties have the ultimate say on which stores and services can open their doors. 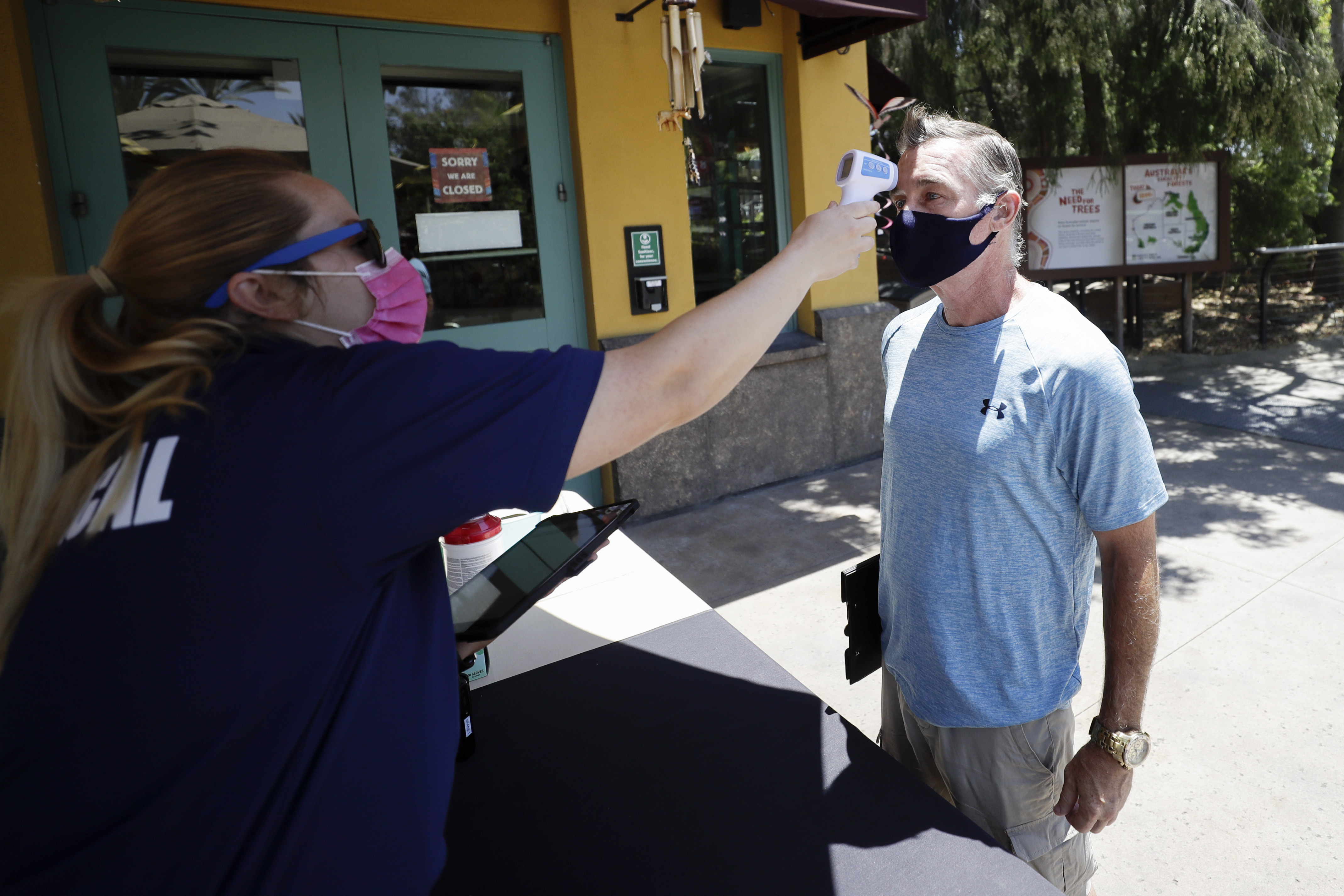 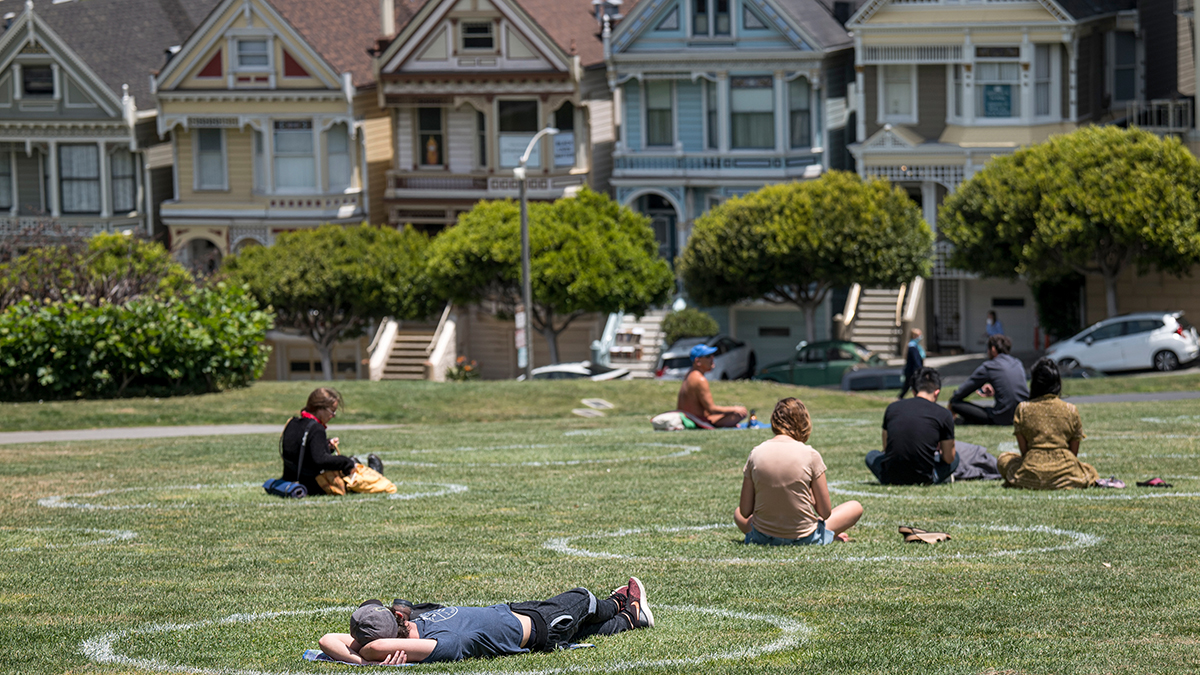 Those who have tested positive include a manager at the Morongo Casino Resort & Spa near Palm Springs, which reopened in late May with required masks and temperature checks. Another 11 employees who interacted with the manager are being tested, the Press-Enterprise of Riverside reported Friday.

Health officials are monitoring at least 10 counties because of concerns about the virus.

Some areas are choosing to go at a slower pace than what the governor has greenlighted. San Francisco reopened outdoor restaurant dining on Friday. Hotels there will not receive tourists until August.

Jennifer Bennett, co-owner of Zazie, said she was “thrilled" to see tables being served again.

“None of us got into the hospitality business to pass out to-go bags through a window," she said. “So it’s great to see people actually enjoying themselves and eating off real plates and not landfill.”

Hotels are using electrostatic sprayers and LED technology to clean, like at Pendry Hotel in San Diego, which also placed rowers and fitness equipment in rooms for guests to use on-demand.

Many attractions, like San Diego's famed zoo, are going slowly. On Friday, it opened to only employees and volunteers and their families. Next week, members and donors can visit and then on June 20 it will open to the public. 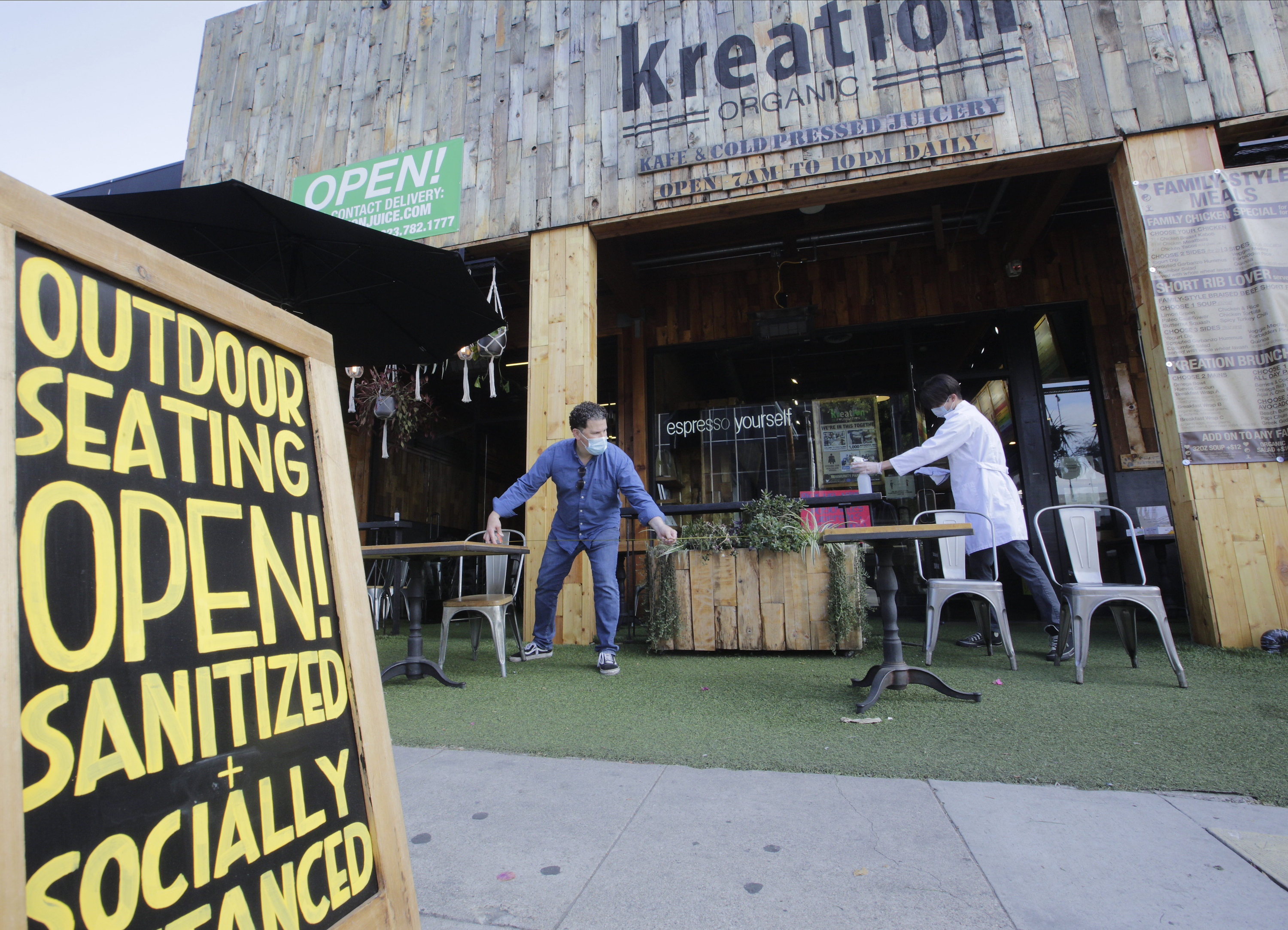 See the Reopening Plans for Disney, Universal, Six Flags and Other Theme Parks

Volunteers armed with disinfectant will stand ready to wipe down railings as visitors return to see the animals, many of which had babies while the zoo was closed.

There will be no behind-the-scene tours nor opportunities for tourists to feed the rhino or giraffes.

“We have a responsibility to continue to do our part to fight the spread of COVID for sure, but we also have to balance that with the interest in reopening," said zoo director Dwight Scott.

“People need to be outdoors and active and to have a peaceful experience," he said.

For most people, the new coronavirus causes mild or moderate symptoms, such as fever and cough that clear up in two to three weeks. But for some, especially older adults and people with existing health problems, it can cause more severe illness, including pneumonia, and death.

Some museums, like the USS Midway in San Diego, will be checking everyone’s temperatures. Visitors also will be required to follow established one-way routes on the aircraft carrier, which reopens July 1 and has installed more than 170 hand-sanitizer stations and plastic glass barriers between sinks and urinals in the bathrooms.

South Lake Tahoe said Friday that it's ready for tourists but advises people “to go big on distancing, masks matter, plan to change plans, no germs or anything else left behind, expect closures, and if sniffles stay home."

Disneyland is seeking permission to reopen July 17, though theme parks are not cleared to reopen yet nor are concert venues, night clubs and nail salons.