There were no immediate reports of arrests.

A protest march and rally in downtown Los Angeles against two police shootings in the past 10 days was declared an unlawful assembly by police, but there were no reports of arrests Tuesday morning.

A group of about 200 protesters were seen marching along Spring Street near Los Angeles Police Department headquarters around 10 p.m. Monday and they eventually stopped in front of police headquarters on First Street and chanted with police in riot gear a few feet away. 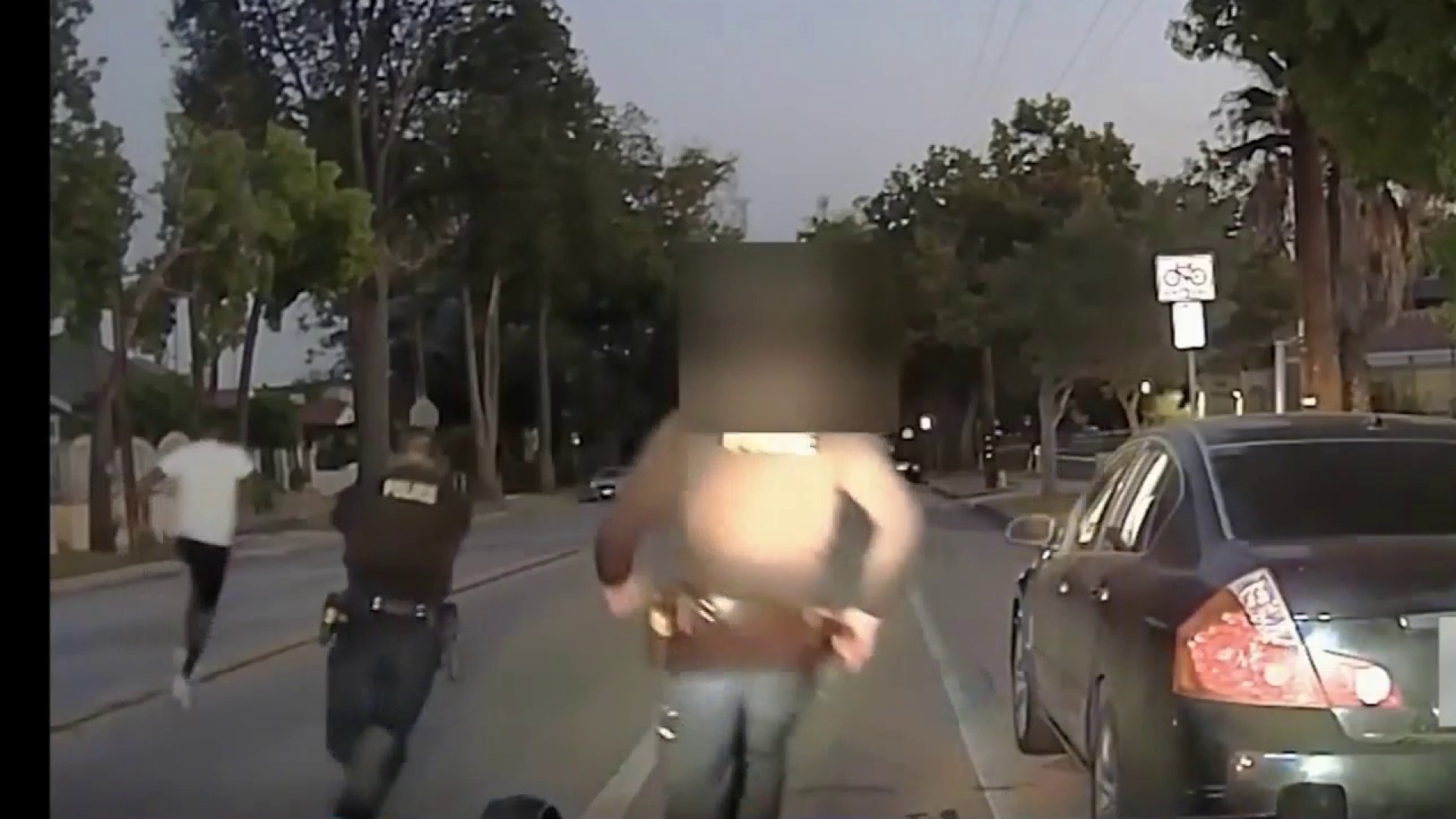 Jacob Blake Not Likely to Walk Again After Shot by Police: Lawyer

Video from the scene showed protesters moving a metal barricade set up at the department's perimeter and throwing smoke bombs at officers.

Police declared the protest an unlawful assembly around 11:20 p.m. and officers began moving the group away from department headquarters after midnight, but did not use tear gas to disperse the crowd.

There were no immediate reports of arrests.

The group was protesting the Aug. 15 deadly police shooting of Anthony McClain in Pasadena and Sunday's shooting of Jacob Blake in Kenosha, Wisconsin.

The father of a man shot in the back in Pasadena by police is filing a legal claim. Michael Brownlee reports Aug. 27, 2020.
Copyright CNS - City News Service