The confrontation took place in front of the Hotel Miramar at El Camino Real and Avenida San Gabriel about 1:15 p.m. Wednesday, officials said.

Officials in San Clemente imposed a curfew through 6 a.m. Friday "to ensure public safety and access for emergency responders" after a protest over the death of a homeless man shot by a sheriff's deputy outside a hotel turned unruly when activists tried to take over a street near the place where the killing occurred.

The news came hours after Orange County Sheriff Don Barnes said he was sorry about how a deputy takedown unfolded and gave his condolences to the family of Kurt Andras Reinhold.

According to witnesses, the 42-year-old man had been jaywalking on El Camino Real, blocking traffic Wednesday afternoon.

Video from across the street recorded the incident as the deputies made contact with Reinhold.

Authorities describe him as homeless and say they had tried to help him during the 30 days he had been living in San Clemente.

"He's one of the regular homeless people here in town," said San Clemente resident Steve Bauman. "We walk the beach trail here and you see him there regularly."

The Sheriff says both deputies involved are on leave. One has been with the department eight years, the other is a 13-year veteran. Both were assigned to the homeless outreach program in San Clemente.

Bauman says he recently encountered Reinhold and that the 42-year-old likely struggled with mental health issues.

"By me getting close to him he was very agitated," Bauman stated. "He was just off. It's just sad that this had to happen like this versus another way to deal with him."

In tears, a woman says Reinhold came to her flower stand moments before the shooting. She says he was hungry. She gave him money. She didn't see the altercation.

Nancy Jarvis said she saw the confrontation that ended with two shots being fired.

The sheriff confirms one deputy shot twice as Reinhold allegedly reached for a deputy's weapon. The sheriff says it is unclear whether the gun ever came out of the deputy's holster.

The shooting sparked protests Thursday. About 50 people blocked traffic as they rallied against the shooting.

The protesters walked back and forth near the Hotel Miramar where they stopped to remember Reinhold.

It took deputies two hours to clear the streets.

The incident is believed to have started when deputies confronted the man for jaywalking. Darsha Philips reported on NBC4 News on Wednesday, Sept. 23, 2020. 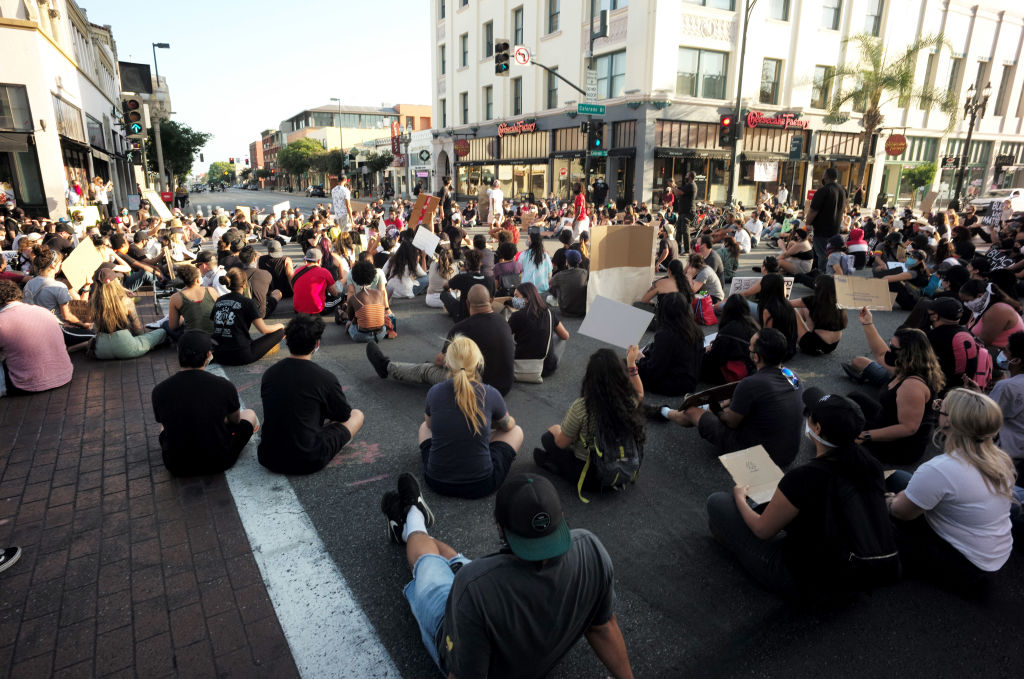 A deputy shot and killed a man out a boutique Hotel Miramar, but it wasn't immediately clear what led to the shooting. Vikki Vargas reports Sept. 23, 2020.