The game will, of course, be played without fans as the coronavirus pandemic continues.

The Los Angeles Rams will face the Dallas Cowboys Sunday in the first event at SoFi Stadium, whose opening was delayed 50 days because of the coronavirus pandemic.

The $5 billion Inglewood stadium had been set to open July 25 with a Taylor Swift concert, but on April 17, she announced the cancellation of all her planned concerts for the rest of the year because of the coronavirus.

Both of SoFi Stadium's NFL tenants, the Los Angeles Rams and Los Angeles Chargers, were scheduled to play host to two preseason games in August, including an Aug. 22 matchup between the two teams.

However, on July 27, the league sent a memo to teams declaring, “To minimize the risk of travel and ensure that the regular season begins in a timely manner, the NFL has determined that no preseason games will be played this year.”

Sunday's game, like all others at SoFi Stadium until further notice, will be played without fans due to the coronavirus pandemic. 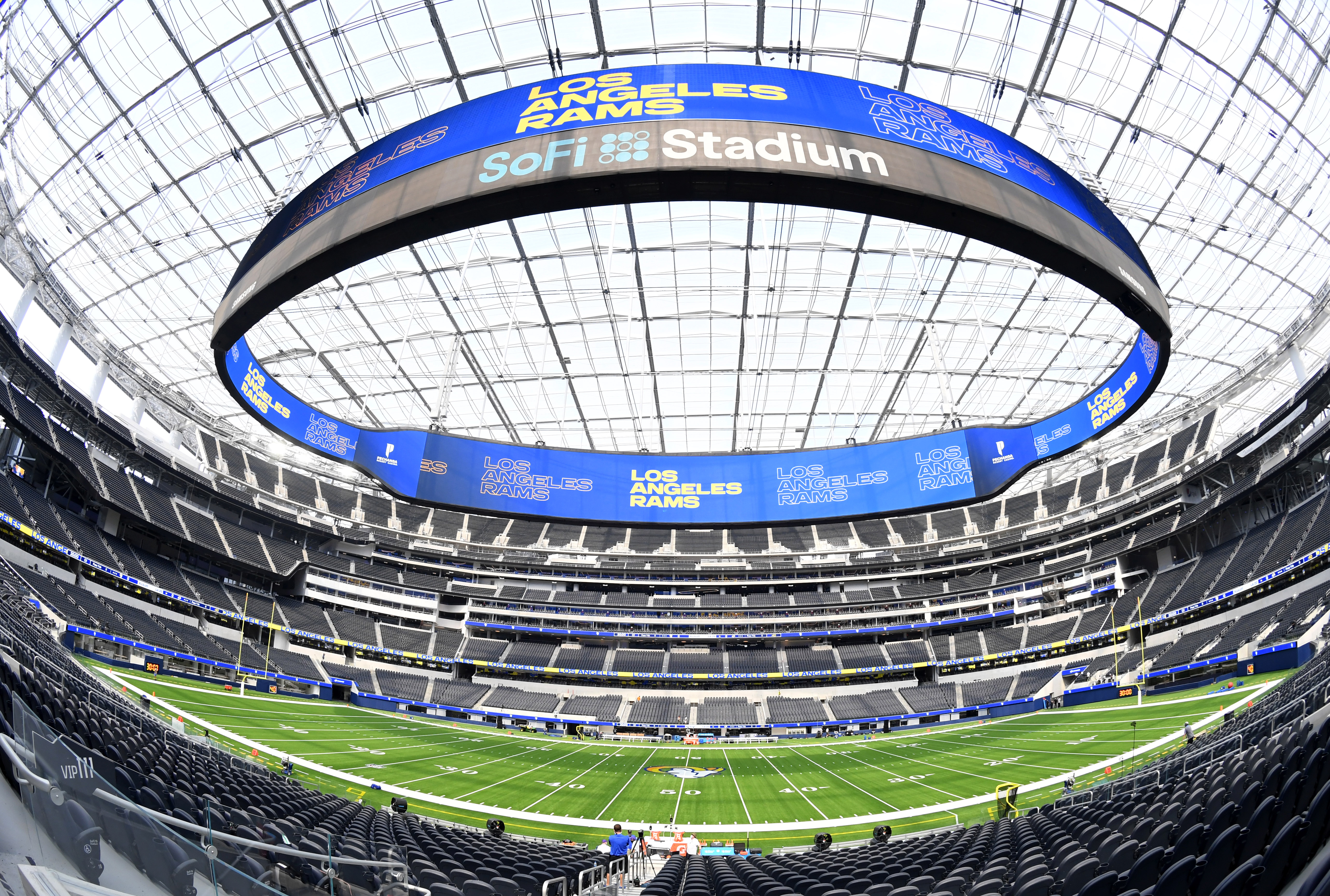 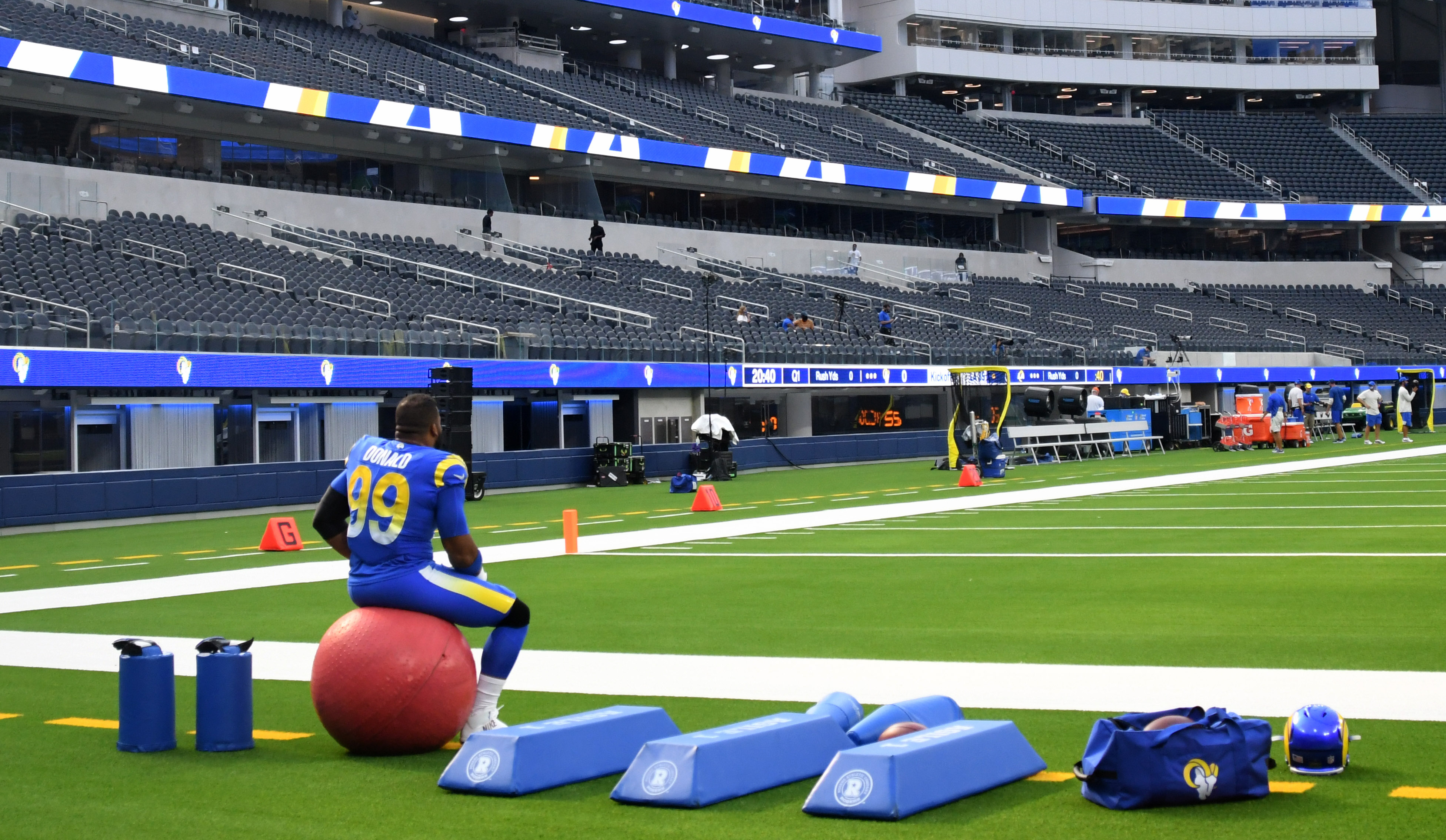 SoFi Stadium To Hold NFL Games Without Fans for Now

The only occupants of the seats will be cardboard cutouts purchased by fans who want their faces to be in the stands.

All cutouts purchased in the “Game Faces For Good Program” will be positioned in the end zone sections.

Proceeds will benefit the Los Angeles Rams Foundation in support of the team's efforts to address social injustices including poverty, education inequities, food insecurity and homelessness.

Additional cutouts will be created throughout the season to honor and recognize first responders, veterans and active-duty service men and women, cancer fighters and survivors.

The 3.1 million-square-foot stadium is designed for 70,000 fans but can hold up to 100,000 for select events. It features more than 260 suites and a 70,000-square-foot wrap-around video board, billed as the only 4K end-to-end videoboard in sports.

SoFi Stadium will be the site of Super Bowl LVI in 2022, the College Football Playoff title game in 2023 and the opening and closing ceremonies of the 2028 Olympics.

“That stadium is off the charts,” Al Michaels, who will call the 5:20 p.m. NBC “Sunday Night Football” telecast, said on a recent conference call. “It has a roof, but the light comes in through the roof.”

“I was there the other day for the Rams' scrimmage, and if you don't sit there with sunscreen on the east side of the stadium, you're going to get a sunburn. It's very different. It's very special.”

SoFi Stadium will be the centerpiece of Hollywood Park, a near-300-acre sports and entertainment destination being developed by Rams owner Stan Kroenke. It will have 5 million square feet of creative office space, a 500,000-square-foot retail district, up to 3,000 residences and a hotel.

The Rams are trying to rebound from their first non-playoff season under Sean McVay, their coach since 2017. The Rams were 9-7 in 2019, losing seven of their final 13 games after a 3-0 start.

Hours after the grand opening of SoFi Stadium, Inglewood Mayor James T. Butts talks with Fred Roggin about everything that went into bringing the world’s most expensive stadium to fruition.

Greg Zuerlein, the Rams kicker from 2012-2019, signed with Dallas as a free agent during the off season.

The telecast will include what executive producer Fred Gaudelli described as enhanced audio recorded by NFL Films.

“I've never seen NFL Films do anything that wasn't first-class, best-in-show,” Gaudelli said. “They did a tremendous job.”

“If you didn't look around, you would think that there were fans in there,” Michaels said. “Hopefully, we'll strike the right balance and it will sound like a real game.”