Full containment of the fire is expected late next week.

The Ranch2 Fire burning near Azusa has scorched 4,237 acres and was 49% contained Saturday morning as firefighters worked to reinforce fire lines and extinguish remaining hot spots near the fire's perimeter.

The fire has not been very active and the perimeter of the blaze appears to be stable and holding, although there were some reports of heat in areas around the Pine Mountain region in the northwest area of the fire. Crews were confident they are not a threat and will continue to monitor the area, as needed, according to a statement from the U.S. Forest Service.

There have been eight cases of heat-related injuries to firefighters, with four firefighters being able to return to work. The others were hospitalized and released, according to the Forest Service.

Crews will build containment lines on the western edge of the fire between Fern and Cold Creek canyons, the statement said.

Some 427 firefighters were assigned to the blaze, including 21 engines, 14 hand crews, four helicopters, one fixed-wing aircraft, seven dozers and one water tender.

The estimated time for containment is August 28.

All earlier evacuation orders have been lifted, but the following road closures remain in effect:

No injuries or structural damage have been reported since the fire began about 2:45 p.m. Aug. 13 near North San Gabriel Canyon Road and North Ranch Road.

Felony charges were filed this week against a 36-year-old homeless man who allegedly set the blaze during an argument with a fellow transient. 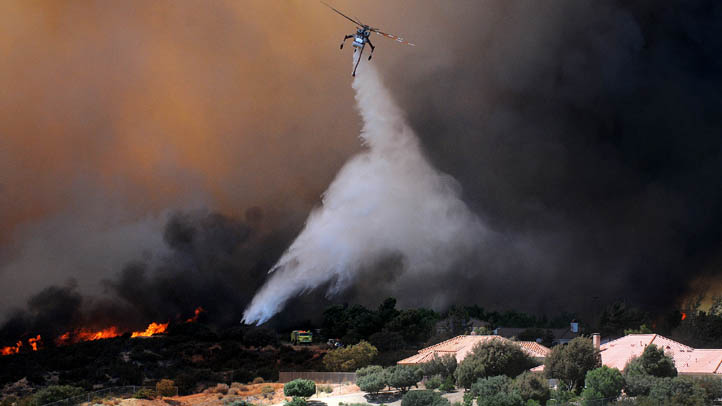 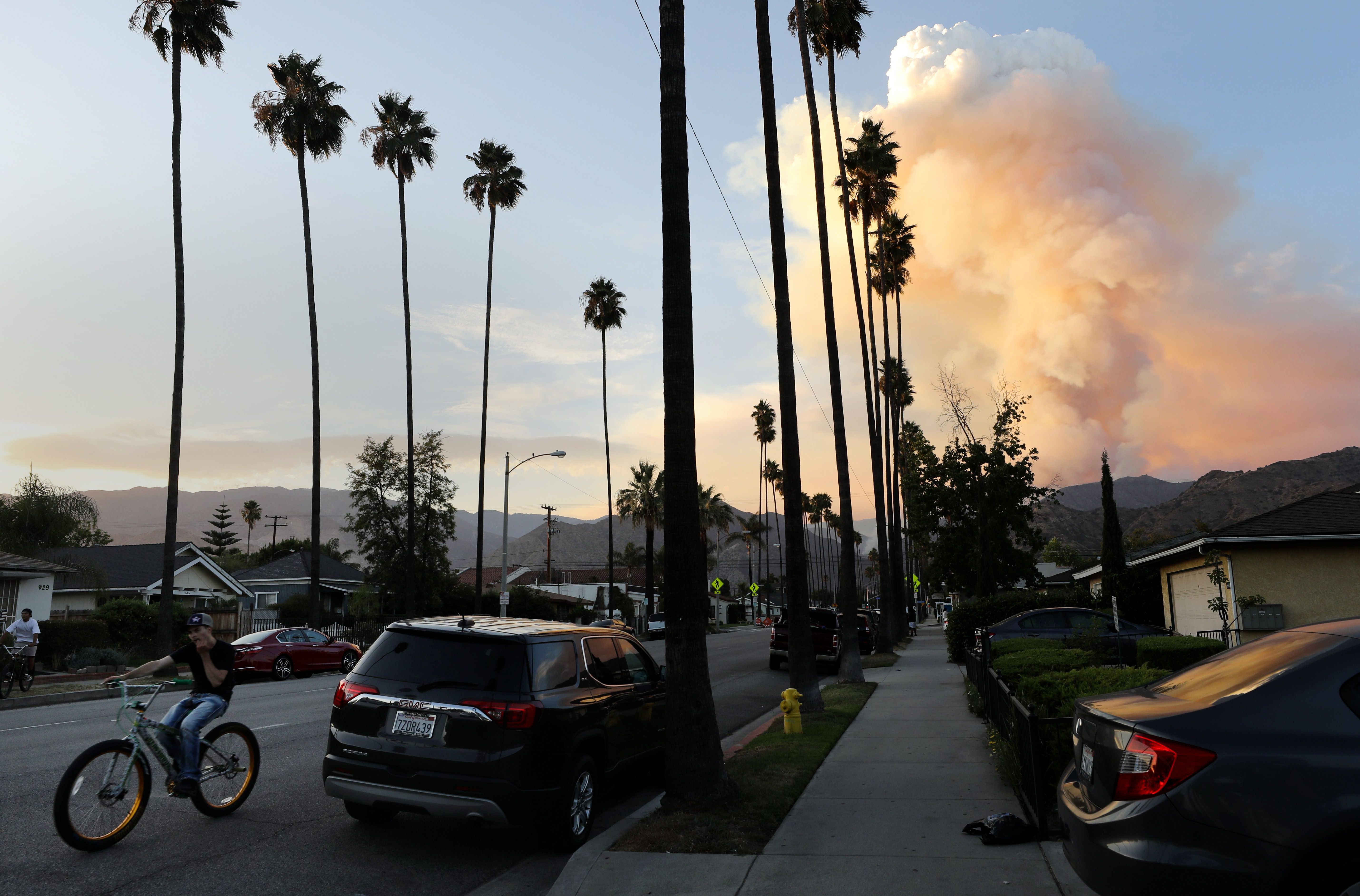 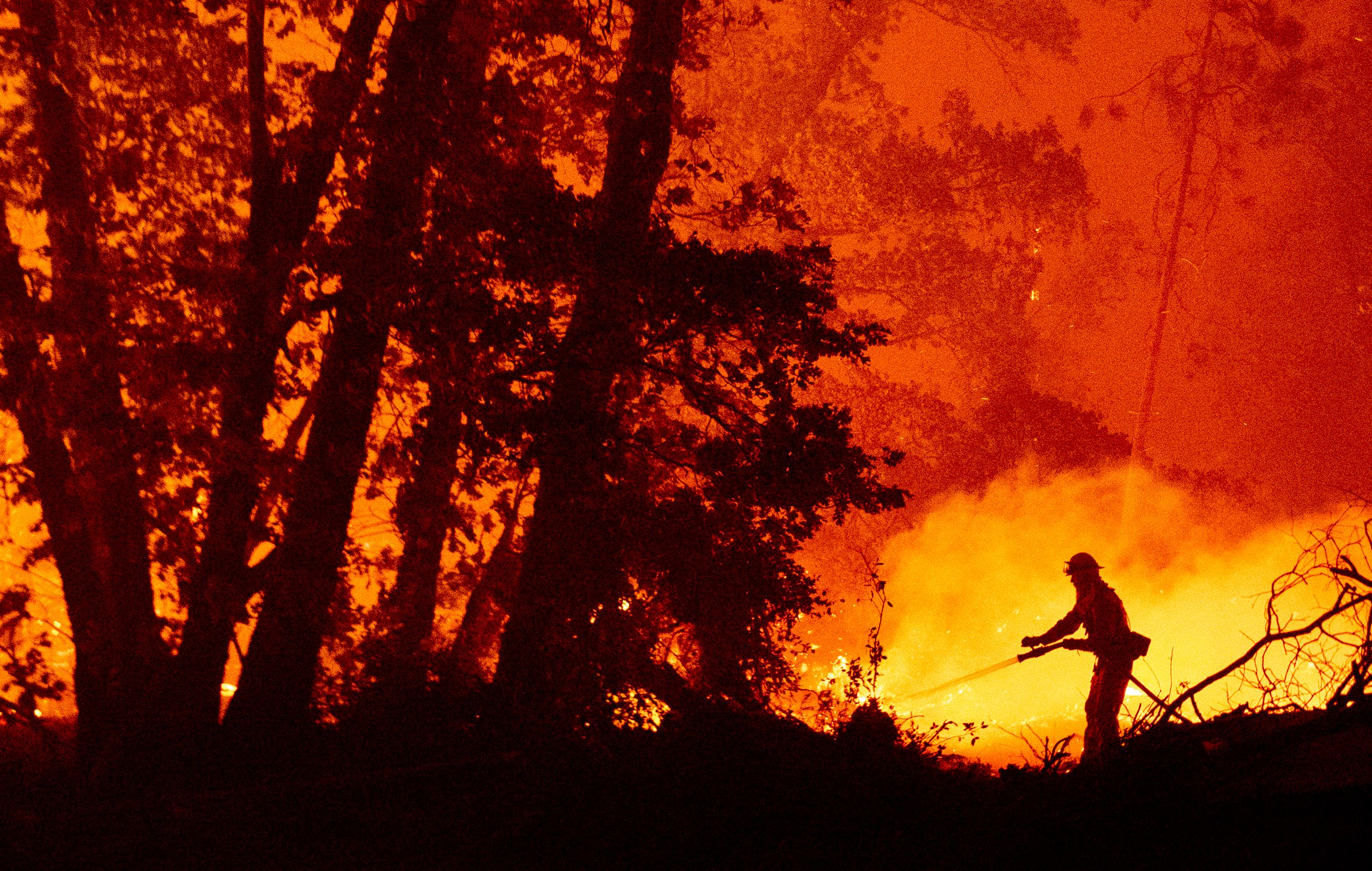 Osmin Palencia, who lives in a tent near the Mountain Cove community, could face up to 23 years in state prison if convicted of one count each of arson during a state of emergency and arson of a structure or forest, according to the Los Angeles County District Attorney's Office.

Palencia -- who allegedly has a prior conviction from 2015 for dissuading a witness -- surrendered to authorities on Sunday and has remained behind bars since then. He is set to be arraigned Sept. 11 at the West Covina courthouse.

A witness who lives in a riverbed near Mountain Cove said he observed the argument that allegedly precipitated the fire, which came dangerously close to homes.

“There were two gentlemen in the back (of a homeless encampment) fighting and they were arguing over a bike and one guy said he'd burn the other guy out, and things got escalated to where the fire started,” evacuee Jimmy Pockets told NBC4. “Ran over to try to put it out, but it just took off so quick.”