He appears in a music video called "EDD" in which he boasts about doing "my swagger for EDD" and, holding up a stack of envelopes from EDD, getting rich by going "to the bank with a stack of these."

A rapper who boasted in a YouTube music video about getting rich from committing unemployment benefits fraud is expected to plead not guilty Thursday in Los Angeles to federal charges of carrying out that very scheme by fraudulently applying for more than $1.2 million in jobless benefits.

Baines, who's from Memphis, Tennessee, and most recently lived in the Hollywood Hills, is charged in Los Angeles federal court with three felony offenses -- access device fraud, aggravated identity theft, and interstate transportation of stolen property. If convicted of all charges, Baines would face up to 22 years in federal prison, according to the U.S. Attorney's Office. 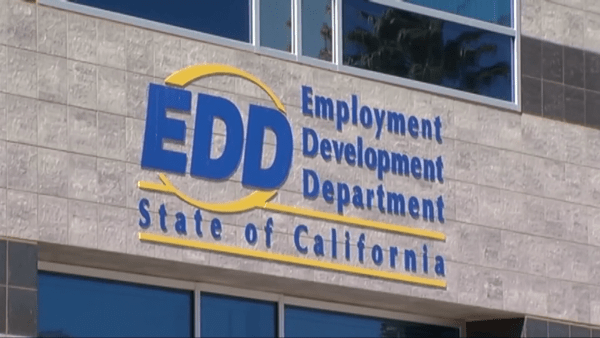 Prosecutors allege the 31-year-old rapper exploited the Pandemic Unemployment Assistance provision of the CARES Act, which is designed to expand access to unemployment benefits to self-employed workers, independent contractors and others who would not otherwise be eligible.

Court papers allege Baines possessed and used debit cards pre-loaded with unemployment benefits administered by the California Employment Development Department. The debit cards were issued in the names of third parties, including identity theft victims, according to prosecutors, who allege the applications for the cards listed addresses to which Baines had access in Beverly Hills and Koreatown.

At least 92 debit cards that had been pre-loaded with more than $1.2 million in fraudulently obtained benefits were mailed to those addresses, according to prosecutors. Baines and his co-schemers allegedly accessed more than $704,000 of those benefits through cash withdrawals in Las Vegas and elsewhere, and made purchases of merchandise and services.

Prosecutors allege that Baines bragged about his ability to defraud the EDD in a music video posted on YouTube and in postings to his Instagram account, under the handles "nukebizzle1" and "nukebizzle23."

For example, Baines appears in a music video called "EDD" in which he boasts about doing "my swagger for EDD" and, holding up a stack of envelopes from EDD, getting rich by going "to the bank with a stack of these" -- presumably a reference to the debit cards that come in the mail, according to court papers. A second rapper in the video intones, "You gotta sell cocaine, I just file a claim."