"It is outrageous that the officers involved in the killing of Andres Guardado are now refusing to testify in the coroner's inquest into Guardado's death," Rep. Maxine Waters said in a statement.

"Enough is enough," Waters said in the announcement, a day after multiple sheriff's department officials declined to answer questions during the Los Angeles County coroner's office inquest into Guardado's death. The officials cited advice from attorneys.

"It is outrageous that the officers involved in the killing of Andres Guardado are now refusing to testify in the coroner's inquest into Guardado's death. It is this type of obfuscation by the LASD that has fueled decades-long outrage and resentment among the communities who find themselves victims of police violence time and time again,'' Waters said in a statement Tuesday. 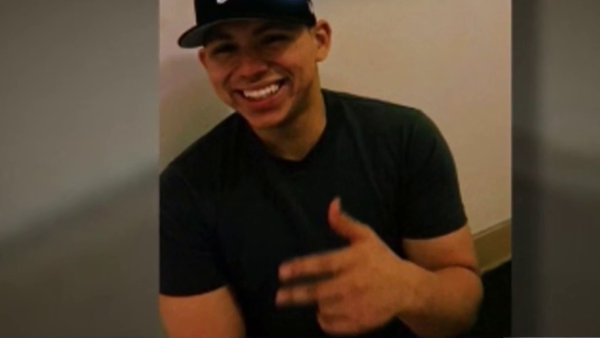 "LASD has a known history of serious abuses and allegations of misconduct that include racist gangs, the targeting of people of color and shootings of civilians."

The deputy who fired the fatal shots, Miguel Vega, did not attend the proceeding, with an attorney saying he was out of the country. An attorney for Vega's partner, Deputy Christopher Hernandez, also indicated he would not testify, noting that Hernandez did not fire at Andres Guardado, who was fatally shot June 18 near Gardena.

Two sheriff's homicide detectives who were assigned to the shooting investigation -- Mike Davis and Joseph Valencia -- repeatedly declined to answer questions, saying that under advice from counsel they were invoking their rights under the Constitution.

Retired California Court of Appeals Justice Candace D. Cooper, who is overseeing the proceeding, excused them, but said she will determine if their blanket refusals to answer questions was appropriate and they may be called back later.

"Andres' family deserves justice. They deserve answers and they deserve transparency and accountability. I will not rest until all the facts about what led up to the killing of Andres Guardado are fully disclosed," said Waters, D-Los Angeles.

"For all of these reasons, I will be formally requesting that the attorney general of the United States investigate this as a civil rights violation. Enough is enough."

The first inquest held in LA County in decades starts after family members of 18-year-old Andres Guardado question the LA Sheriff Department's version of events on the day a deputy fatally shot him in the back. Eric Leonard reports for the NBC4 News on Monday, Nov. 30, 2020.

The inquest is the first in Los Angeles County in more than 30 years. The coroner's office subpoenaed documents to present at the inquest and witnesses to testify.

Cooper, as the hearing officer, will make findings related to the cause and manner of death, and she will then forward her decision and recommendation to the coroner's office.

The death of Guardado, who was shot multiple times in the back, allegedly while reaching for a gun on the ground, prompted multiple protests and calls for disciplinary action and prosecution of the deputies involved.

Following a day of hearing testimony, Cooper did not issue any immediate findings, but said she will review additional witnesses and documents to decide if there will be an additional session.