The looters, who allegedly stole 29 firearms, fled in a white BMW four-door sedan.

A reward of up to $10,000 was announced Monday for information that helps authorities track down looters who stole more than two dozen firearms from a Big 5 Sporting Goods store in Santa Monica, which was among many businesses damaged May 31 following an hours-long demonstration against the police killing of George Floyd in Minneapolis. 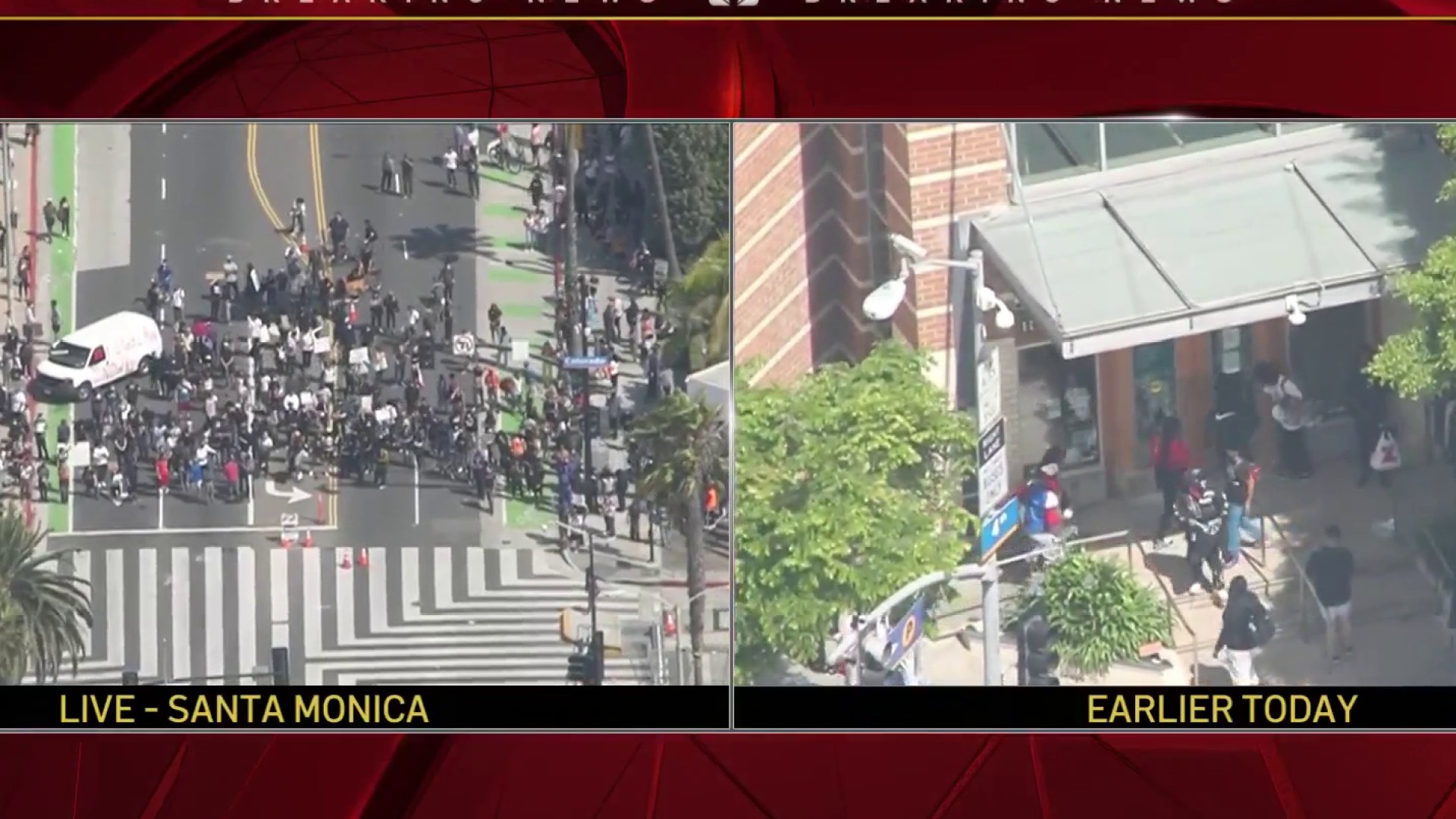 The store in the 3100 block of Wilshire Boulevard, which was broken into about 8 p.m. that Sunday night, is a federal firearms licensee, said Ginger Colbrun of the federal Bureau of Alcohol, Tobacco, Firearms and Explosives.

"A group of unidentified suspects ... used a crowbar and a sledgehammer to break the windows and utilized bolt cutters to cut the metal roll down gate," Colbrun said. "They opened the emergency exit door of the business to gain entry to the business. Once inside, the suspects stole 29 firearms from the business."

Looters have cleaned out stores in Santa Monica under the cover of protests. Gadi Schwartz reported on NBC4 News on Sunday, May 31, 2020.

The suspects fled in a white BMW four-door sedan, she said.

ATF Los Angeles and the National Shooting Sports Foundation each pledged $5,000 for information leading to the arrest and conviction of the suspects.

Anyone with information about the crime is asked to contact ATF at 888- ATF-TIPS; visit www.reportit.com; or make a report through the mobile "reportit'' app, available both on Google Play and the Apple App Store. All calls will be kept confidential.