"We are surpassing our previous statewide surge (in July)," county Department of Public Health Director Kim Saruwatari said. "It's consistent with what's happening in the nation."

Like the rest of the state, Riverside County's coronavirus infection rate is rising, but health officials said Tuesday area hospitals are prepared for what appears to be a second-wave surge in cases -- while one county supervisor continued questioning the reliability of COVID-19 data.

"We are surpassing our previous statewide surge (in July)," county Department of Public Health Director Kim Saruwatari said. "It's consistent with what's happening in the nation."

Supervisor Karen Spiegel expressed disappointment about the general rise in COVID-positive cases, but also worried about the reliability of the data.

"I know the numbers are going up, but there is a question about some of the testing, with false-positives and that whole nightmare," Spiegel said.

She pointed to social media chatter, including a Twitter post last week by SpaceX founder and Tesla CEO Elon Musk, who wrote, "Something bogus is going on. Was tested for COVID four times today. Two tests came back negative, two came back positive.'' Musk specified in his post, however, that all four tests were rapid antigen tests, which experts have long described as yielding less accurate -- although faster -- results than the more standard PCR tests. 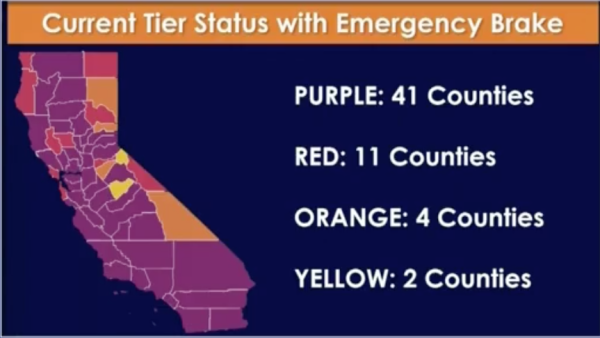 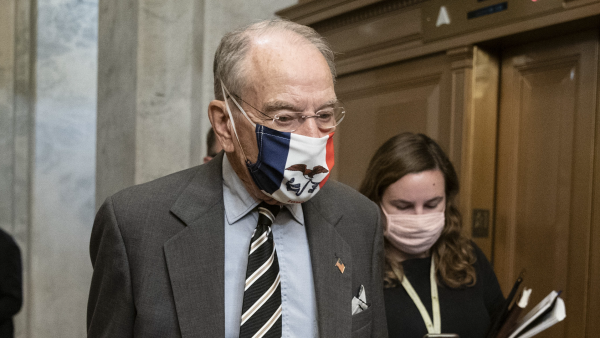 On Monday, Gov. Gavin Newsom's placed 28 counties in the most restrictive "purple" tier of the state's color-coded Blueprint for a Safer Economy, comprised of a four-stage structure for increasing or loosening regulations on economic sectors.

The move was predicated on a 50% statewide upswing in coronavirus cases, which the governor said is "the fastest increase in cases we have seen yet."

"The spread of COVID-19, if left unchecked, could quickly overwhelm our health care system and lead to catastrophic outcomes," he said.

Riverside County was returned to the purple tier last month after four weeks in the less restrictive "red'' tier. The reclassification has impacted offices, gyms, restaurants, theaters and place of worship.

"We can't sit back and let this happen. We need to be active in pushing back,'' Spiegel said. "We talk about `essential' businesses. We have people at home who need to be essentially working."

At Spiegel's urging, the board last month directed county CEO George Johnson to coordinate with his counterparts in surrounding counties to formulate a unified strategy for addressing some of the public health state mandates that they see as unjustified. One meeting has been held to date.

"The good news is, there has been a lot of surge planning,'' Barton said. "This is familiar territory for the hospitals. They have processes and procedures in place. If there is a need for medical care, know that our hospitals are still safe. Don't delay seeking medical care for any reason."

The number of COVID-positive hospitalizations was at 338 on Tuesday, up from 310 on Monday, including 81 intensive care unit patients, three more than a day ago, according to the Riverside University Health System.

Officials said the number of deaths believed to be related to COVID-19 remains unchanged at 1,374.

The aggregate number of infections recorded countywide since the public health documentation period began in early March is 76,724 -- 876 more than Monday.

The number of known active virus cases countywide is 10,277, an increase of 725 compared to Monday. The active count is derived by subtracting deaths and recoveries from the current total -- 76,724 -- according to the county Executive Office. The number of verified patient recoveries is 65,073.