The robbery occurred around 1 a.m. while the two hotel guests were waiting in the valet area for an Uber.

Thieves made off with an estimated $100,000 in jewelry after robbing two hotel guests at gunpoint in Downtown Los Angeles on Tuesday, police said.

The Los Angeles Police Department is searching for the two thieves who allegedly held up two guests of the Intercontinental Hotel along Wilshire Boulevard.

The robbery occurred around 1 a.m., while the two hotel guests were waiting in the hotel's valet area for an Uber.

The two thieves emerged from a dark sedan and took around $100,000 worth of jewelry and other items while threatening the victims at gunpoint, then took off.

No injuries were reported in the incident. Police are searching for the robbers. 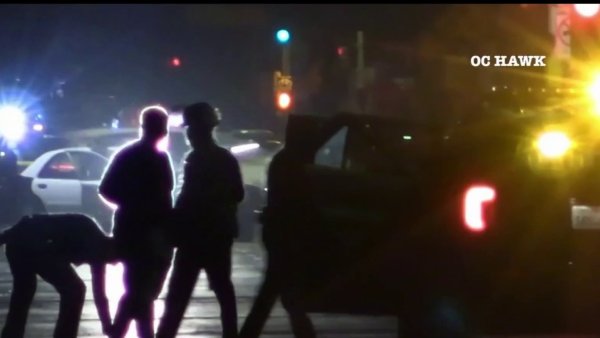 Arrests Made in Smash and Grab Robberies