The latest updates on this developing story can be found here.

Earlier: Authorities are searching for a gunman who opened fire on a San Bernardino County Sheriff's deputy during what investigators described as an ambush during a traffic stop.

Security video captured the tense moments as up to 30 shots were fired.

Remarkably, the 27-year-old deputy managed to escape with non-life threatening injuries as his colleagues rushed him to the hospital. 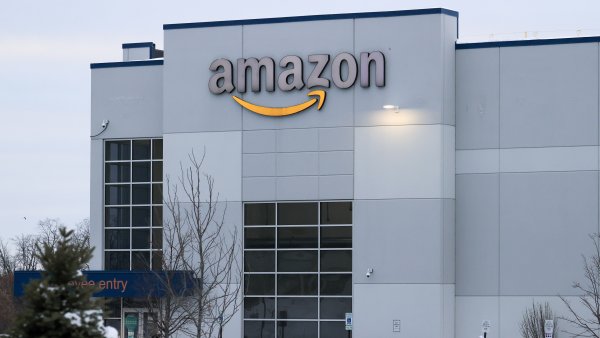 Security cameras near the corner of East Baseline Street and Valencia at the time of the shooting, around 4:15 p.m., appear to show a white car speed by, a deputy’s SUV following close behind.

Seconds later, dozens of shots were fired. At a Wednesday news conference, San Bernardino said the shooter got out of the car armed with a rifle as the deputy rounded a corner.

"The next radio dispatch call we heard was shots fired," said Sheriff Shannon Dicus. "Upon arrival, they find the deputy down, immediately give the deputy first aid, a tourniquet, throw him into a patrol car and transport him to a hospital."

Dicus described the moment colleagues saved Central Station deputy who he says was trying to make a traffic stop when the driver sped off. As the deputy turned the corner, the sheriff said he was immediately attacked.

Police on Wednesday described the shooting as an ambush.

"His injures appear to be at this point superficial to his face," Dicus said. "We don’t know how or how those facial injuries occurred."

He suffered some type of shrapnel in his arm as well.

"It’s very traumatizing and certainly not something you expect," Dicus said.

Also what was not expected was the deputy’s SUV becoming engulfed in flames. It's unclear how it caught fire.

As investigators combed the crime scene, another team of detectives were at a nearby apartment complex, possibly connected to the search for the shooter. The shooter's vehicle was found at the property, authorities said.

"I visited with the deputy myself," Dicus said. "The deputy is in good sprits. He’s coherent and talking and surrounded by his family."