Monday night's San Fernando City Council meeting was far from typical. There was a standing-room-only crowd, news cameras were on hand, and there were calls for resignations.

"I feel it's best for your family that you step down and take care of your family first," said resident Robert Ortega, directing his comments to Mayor Mario Hernandez.

The big turnout and the anger were expected after Hernandez dropped a bombshell at last week's council meeting. First, he announced he's filing for personal bankruptcy, and then he announced he's having an affair. 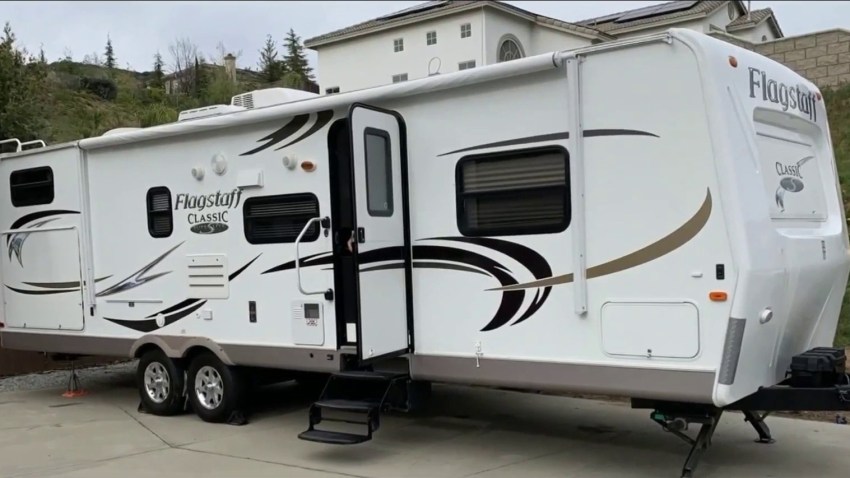 Health Care Workers Moving Out of Homes and Into RVs "I'd like to put it out there and squash the rumors that yes, I have been in a relationship with council member de la Torre," is what he said last week.

Council member Maribel de la Torre, to whom the mayor referred, was not at Monday night's meeting, but Hernandez was, and he got an earful.

"You don't have respect and we don't respect you," said resident Benita Rivera.

"You know what, mayor? You've got no shame at all. I don't have respect for you," said Samuel Beltran.

"I 100 percent support your wife," said Patty Lopez. "You need to respect her, that other person isn't worth it."

But the residents' anger was also directed at scandals involving the police department.

"You brought back a police chief who supposedly had an affair with a cadet," said Mary Mendoza, turning the page to a new potential scandal.

There were also scandalous inquiries for Brenda Esqueda, the city's Mayor Pro Tem, who was accused of having her own affair with a police officer. She declined to respond.

Hernandez did respond, but declined to resign.

"Though this is a difficult time for me and my family, my focus remains on the people of San Fernando who elected me to do a job and I intend to do that job in the weeks and months ahead," he said.

There were grumblings of a possible recall campaign as the meeting continued on into the evening.