Mildred "Patty" Baena is the woman who had former California Gov. Arnold Schwarzenegger's child a decade ago, NBC News reports.

Baena worked for the family for 20 years, retiring in January of this year. She lives in Bakersfield with the child she had with Schwarzenegger and her three other children, according to reports.

Baena reportedly lives in a four-bedroom home with a pool in an upscale area of Bakersfield. 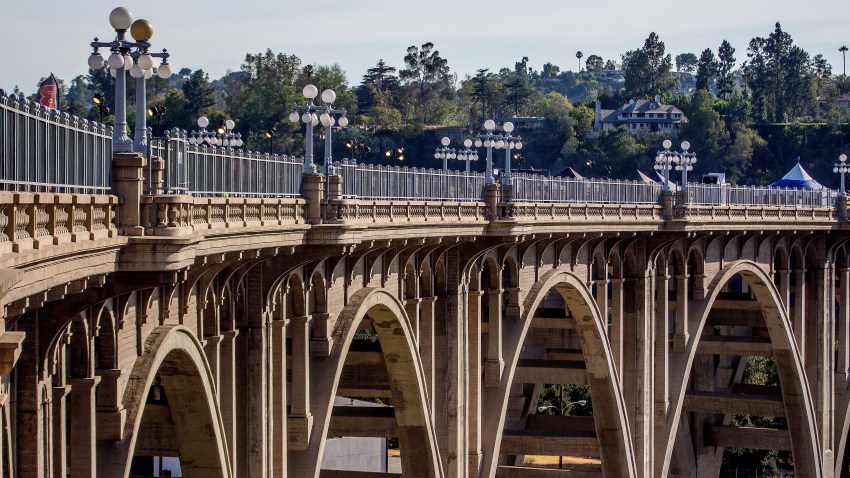 Others questioned the former governor's choice.

"Schwarzenegger and this lady…I think he's kind of stupid but other than that, to each his own," Lourie Vordermark, a 10- year resident said.

Photos of Baena and the boy were published by RadarOnline and TMZ,  obscuring the child's face and not identifying him.

Schwarzenegger did not comment about the situation as he left his Santa Monica office -- driving a Bentley -- Tuesday afternoon.

Former California First Lady Maria Shriver issued a statement Tuesday morning regarding the revelation that Schwarzenegger had fathered a child with a staff member:

"This is a painful and heartbreaking time. As a mother, my concern is for the children. I ask for compassion, respect and privacy as my children and I try to rebuild our lives and heal. I will have no further comment."

The actor-turned-politician fathered the child before he turned to politics, but kept it a secret until recently from Shriver, his wife of 25 years, according to the Los Angeles Times, which broke the story Tuesday morning. Shriver moved out of their Brentwood mansion after Schwarzenegger revealed paternity of the child some time after his final term as governor ended.

"After leaving the governor's office I told my wife about this event, which occurred over a decade ago," Schwarzenegger said in a statement to the Times. "I understand and deserve the feelings of anger and disappointment among my friends and family. There are no excuses and I take full responsibility for the hurt I have caused. I have apologized to Maria, my children and my family.”

A source told the Times that Schwarzenegger still helps the child financially.

"I wanted to achieve my 20 years, then I asked to retire," she told The Times.

The couple announced their separation on May 9.

Schwarzenegger, 63, has been dogged by accusations of womanizing for years. He and Shriver, a onetime television reporter and member of the Kennedy family, have four children ranging in age from 14 to 22. In 2003, Schwarzenegger apologized for behavior that "offended people" after The Times reported he had a 25-year pattern of sexually harassing women he worked with on various movie projects.