A man wearing a white Dodgers jersey can be seen punching another man in the face in the Jan. 16 attack.

Security camera video was released Thursday in an effort to identify a man in a Dodgers jersey who punched a man in the face in Venice.

The sucker-punch attack happened at about 5 p.m. Jan. 16 at the intersection of Washington and Speedway boulevards, the Los Angeles Police Department said in a statement. Authorities said the two men were arguing when the man in the white Dodgers jersey threw one punch, knocking out the other man. 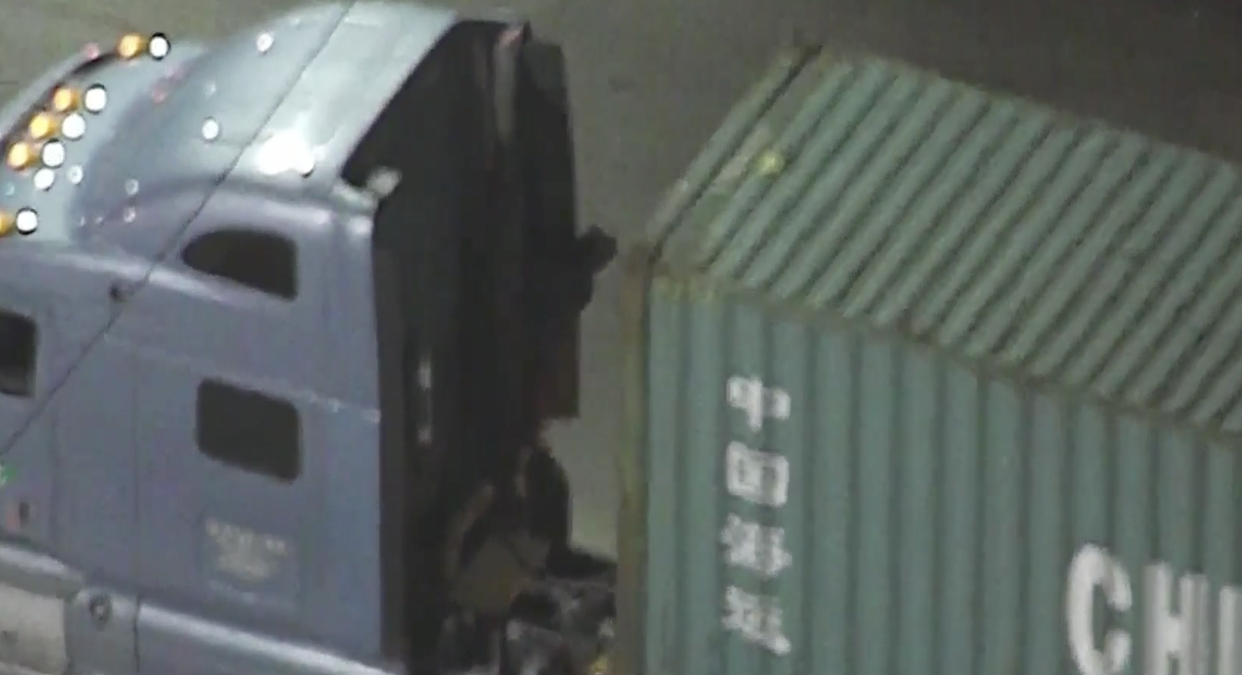 It was not immediately clear what led to the argument.

Video of the attack released by police shows the victim fall to the ground after being punched in the face. Several witnesses can be seen nearby.

The man was taken to a hospital with serious injuries, police said.

The attacker was described as a white man, roughly 25 to 30 years old and about 5 feet, 7-inches tall, weighing 180 pounds. He has black hair and a black beard, and was wearing dark pants, white shoes and a white Dodgers jersey.

He also was carrying a skateboard.

LAPD asked anyone with information to call their Pacific Area detectives at 310-482-6394.