No citations have been issued to businesses for failure to adhere to orders from health officials.

In an interview Monday, Sheriff Alex Villanueva said gun shops would be closed under the coronavirus orders requiring non-essential businesses to close.

"We will be closing them, they are not an essential function," Villanueva told the station. 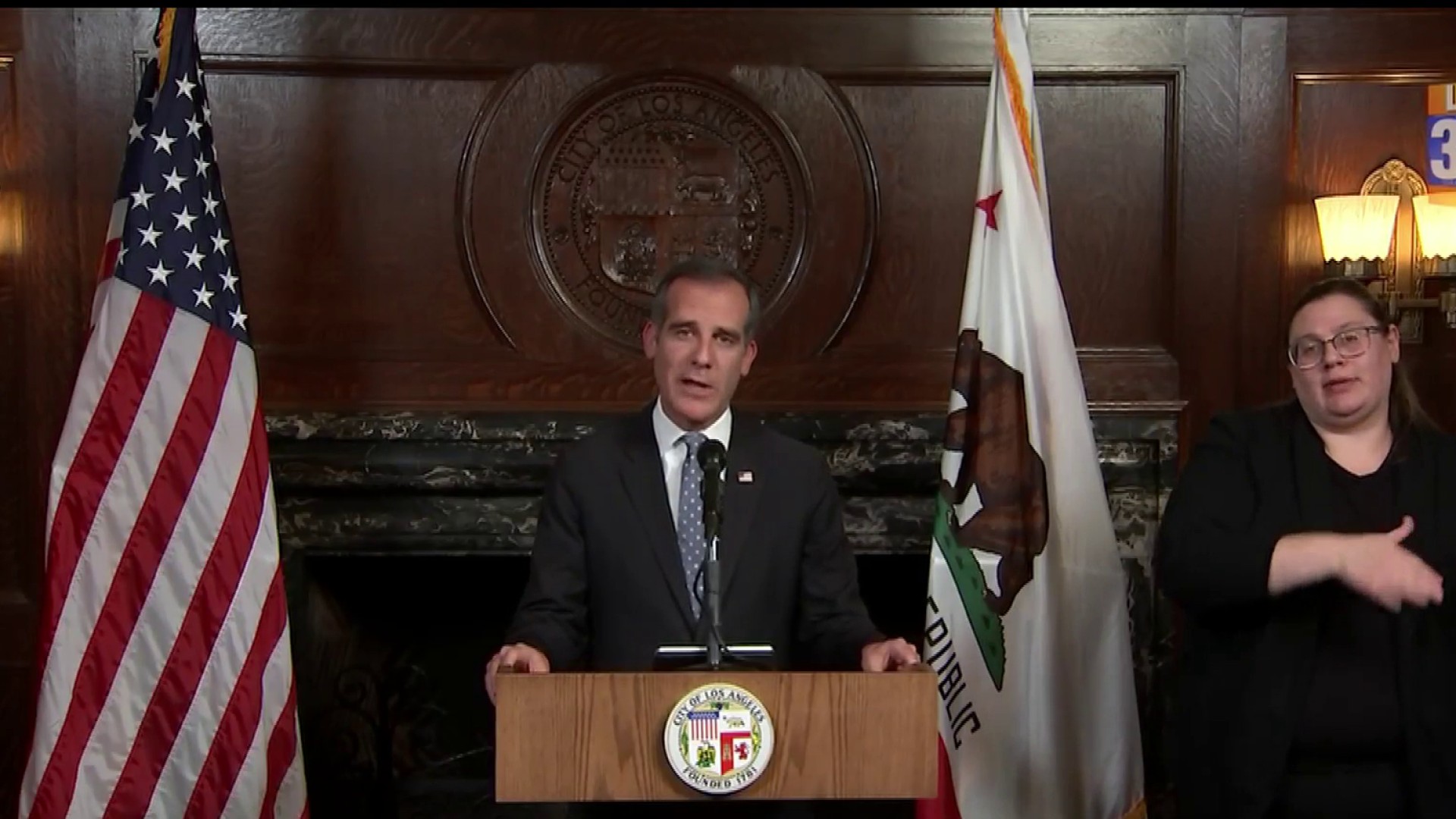 "I'm a supporter of the Second Amendment, I'm a gun owner myself, but now you have the mixture of people that are not formerly gun owners and you have a lot more people at home.

"And anytime you introduce a firearm in a home, from what I understand from CDC studies, it increases fourfold the chance that someone is gonna get shot," he said.

The sheriff told the Los Angeles Times earlier Tuesday that if such businesses do not close their doors, they could be cited.

Villanueva told The Times that officials in some Northern California counties last week also deemed gun stores to be non-essential and ordered their closure.

Speaking to reporters Tuesday afternoon, Villanueva stopped short of saying gun shops will be shut down, but he said the stores -- along with nightclubs, bars and strip clubs -- have been the subject of complaints about failure to enforce "social distancing" requirements.

"So we've fanned out. We're making sure that all of these businesses are complying," Villanueva said.

Questioned about the propriety of closing gun shops and a possible violation of the Second Amendment, Villanueva said the problem with the businesses is a lack of coordination between state and county health officials.

"It's not an issue of banning the sales of guns, which the Second Amendment is about," he said. "That's not a part of it. The problem is that there was a little bit (of a) lack of an inclusive planning process in the development of the local order from the health officer. And that has created somewhat of a conflict with the orders coming from the governor's office, which are more broad stroked.

"And now we've identified there's a loophole in there that needs to be addressed. The point is, those that are involved in the security business that still need to do their business -- and obviously there's a need for security in both the public and private sector -- we want to make sure they're properly equipped. However, that is not a license then for everyone to do panic gun buying, which is now what we're seeing. And again, that violates the whole issue of social distancing, it's creating its own attractive nuisance.

"So we're working now to identify and resolve that issue, hopefully a clarification from the state and from the local level. So right now all we're looking for is all businesses that are essential, make sure they are social distancing. Display some common sense. That's all we're looking for."

Villanueva said his department has not issued any citations to businesses for failure to adhere to orders from health officials.

"Everyone is cooperating voluntarily," he said. "Hopefully we can keep it that way."

"We're not here to close down a business that is deemed essential according to the county, however, it conflicts with the state, and it's created a loophole, and we want to make sure it's not being abused for the wrong reasons."