The 4th of July may sound like a lofty goal for all of this, but the sheriff says he plans to do this using their homeless outreach services -- right now only 10 employees, but he’s hoping to add within the next week -- 20 more deputies.

LA County’s top cop, Sheriff Alex Villanueva, spoke to NBC4 on the border of Santa Monica and Venice, about his hopes and plans to curb homelessness.

“Why does all the homelessness end at the end of the strand? And Santa Monica there’s none? There's a reason, because Santa Monica said they were going to regulate public space. Venice, LA city said, ‘well we’re not going to,’ and this is what you got to show for it,” Villanueva said.

Along the Venice boardwalk, the once bustling tourist destination and booming local business powerhouse, the contrast of what is and what once was is evident.

“We used to have just a few of them, and it was okay, they were here for decades, and they were artists, and it was fine, but I think the ones from other states got it in their head that they can come too, and they’re not invested,” Venice resident Miriam said. 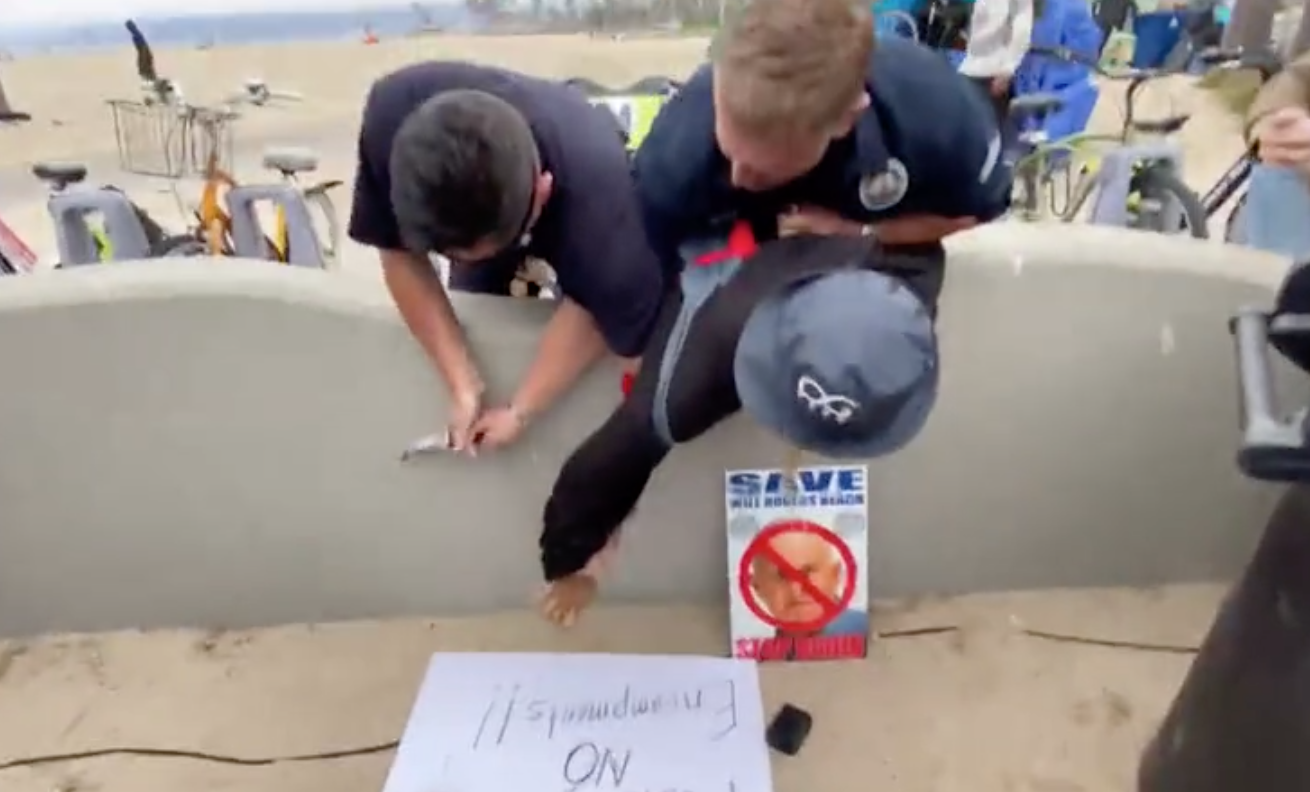 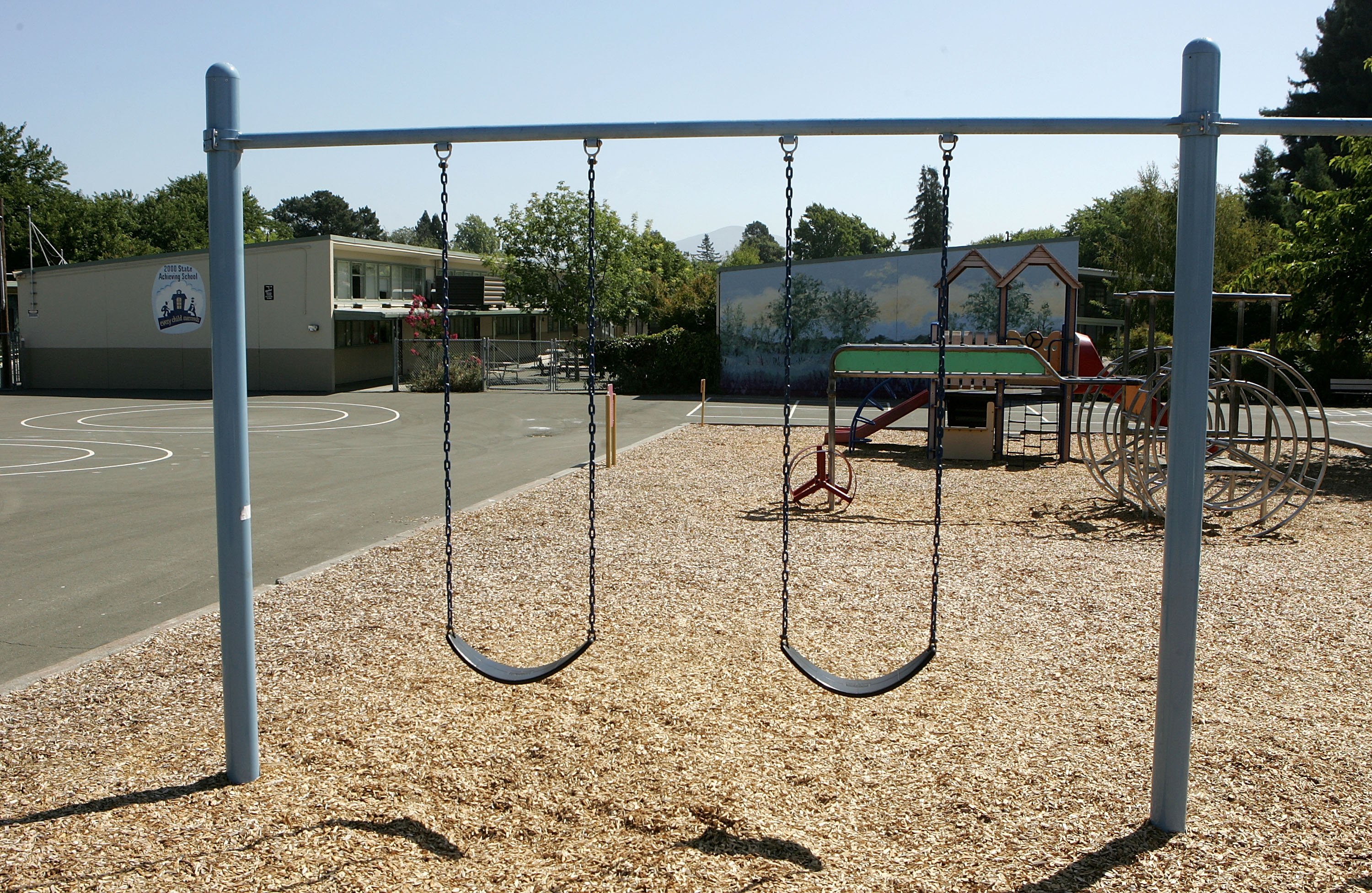 Caught on Camera: Homeless Violence Unfolds in Front of Kids at Reopened Schools and Parks

LA Councilman Joe Buscaino made a campaign stop Monday morning, touting a plan to curb homelessness if he becomes the city’s next mayor.

His visit was cut short after a woman was arrested for having a knife and allegedly making death threats.

“That is just emblematic of the problems we’re having here. They’re accelerating,” Sheriff Villanueva said.

LA Sheriff Alex Villanueva -- not without his own critics, going as far as the civilian oversight commission asking for his resignation last year -- says where city and county leaders fail, he wants to pick up the slack.

He’s getting support from Venice stakeholders, the residents and business owners begging for someone to do something.

Thomas Elliott owns the Venice Ale House and says business is struggling because of what’s across the boardwalk.

“People are now getting up out of their seats and walking away, saying you know what, thanks but no thanks,” he said.

Sheriff Alex Villanueva feels the responsibility to help clean the boardwalk up.

The number of homeless living on the streets of Venice has apparently skyrocketed during the pandemic, reports of crimes have also gone up. The I-Team's Joel Grover reports for NBC4 News at 11 p.m. on April 8, 2021.

He wants the boardwalk cleared of homeless encampments by the 4th of July and says that housing those willing to accept the help is doable.

“We have enough to get the ball started. In fact, we could have more than enough, but we’re not prioritizing. You know how many city and county buildings are empty that we can convert overnight into a temporary emergency shelter? Oh yes, if there’s a will there’s a way, and we can make it happen real quick,” he said.

If there’s enough housing, then what’s the stall?

“The stall is the city and the county basically need to pull their heads out of their butts, they are so afraid of offending somebody,” he added.

The LA mayor’s office didn’t respond to our request for comment, but LAPD did, saying the department is committed to working with partner agencies to improve safety and provide services in Venice and elsewhere.

The sheriff says nothing will stop his plan to start the clear-out this week.

“I think everyone will be very surprised if he can make that happen,” Miriam said.

The 4th of July may sound like a lofty goal for all of this, but the sheriff says he plans to do this using their homeless outreach services -- right now only 10 employees, but he’s hoping to add within the next week -- 20 more deputies.