Police believe that a man with reputed gang ties is responsible for a shooting ambush that wounded a deputy and a shootout that injured two SWAT officers in San Bernardino over two days.

Nearly 24 hours after it began, the intense manhunt for an armed and dangerous shooter, believed to have fired a barrage of bullets at a sheriff's deputy Tuesday came to a deadly end.

The shootout between a San Bernardino police SWAT team and a suspected shooter accused of ambushing a deputy on Wednesday occurred outside John and Yadira Matias' home on Los Feliz Drive.

Their security cameras captured the shootout. John Matias described the scene like a war zone.

"Nothing but gunshots," he said. 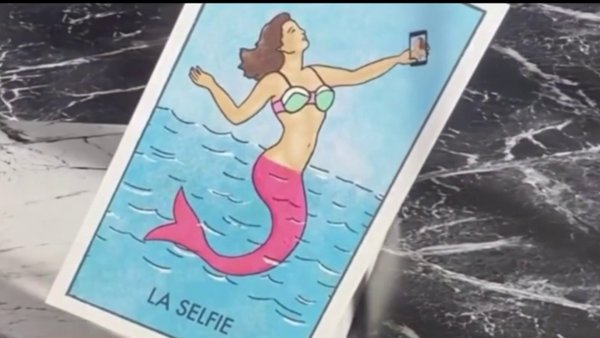 The video shows the man, who police identify as 34-year-old Ervin Olikong, drop backward, hitting the ground before officers take down the unidentified driver.

Both the gunman's grey car and law enforcement van were riddled with bullets.

"I was just concerned about my kids lives," John Matias said. "I got four kids, so I just told them to hit the the ground and I was still laying down til everything was done. It was a lot of shots. It was scary."

Two San Bernardino SWAT officers were hit by gunfire, making it now three law enforcement officers believed to have been wounded by Olikong in 24 hours. One of the officers was released from the hospital.

On Tuesday, a 27-year-old sheriff's deputy escaped serious injuries, after police believe he was ambushed by Olikong, a few miles from Wednesday’s shootout.

As the two San Bernardino officers recovered at Loma Linda University Medical Center, their chief is beyond grateful they're alive.

Sheriff Shannon Dicus said this was the third deputy who's been shot in the last six months.

Dicus said his deputy suffered injuries to his face and arm, and continues to recover in the hospital.

A gunman was killed in a SWAT shootout after being suspected of ambushing a deputy in San Bernardino 24 hours earlier. Hetty Chang and Jonathan Gonzalez report for the NBC4 News on Wednesday, Aug. 18, 2021.

"Most of it looks like it was shrapnel," Dicus said. "There is something lodged in the deputy's left arm. It could be a complete round, we're not sure at this point and I know they're planning on removing it here in the near future."

Police are trying to figure out a motive for the gun violence. Officers described Olikong as someone with an extensive criminal history and ties to a San Bernardino gang. He was wanted on two-year-old charges of assault with a deadly weapon, police said.

The Matias family are glad they were not caught in the gunfire.

"Pretty intense," he said. "I mean, we have kids. I have a big pool
outside. What if they would have been outside?"