One couple is proving that true love can overcome any adversity, including the coronavirus pandemic.

Due to the coronavirus pandemic, most schedules and future plans have been put on hold. College graduations, weddings, birthday parties were postponed or even canceled. However, despite the quarantine, one couple was determined to get married and even enjoy a honeymoon, all from the safety of their Silver Lake home.

Newlywed couple Matt Sharack and Ashley Bates originally had a large wedding planned to mark the start of their new lives together. But the coronavirus outbreak changed their plans. So, they’re hosted a drive-by wedding to celebrate their love and also keep their guests safe.

“We had a very epic plan,” Bates, the bride, said.

Even though the invitations had gone out and the venue was booked, Bates and Sharack were forced to call off their wedding. They couldn’t afford to put their families lives at risk.

“There was disappointment on top of everything, so we were grateful we could keep our family safe,” Bates said.

Luckily, the creative couple found a solution. They learned that Orange County was issuing marriage licenses and decided to cancel the idea of a large wedding.

So, they officially got married, but they wanted a small ceremony to take photos and commemorate their love. However, their original location was closed early, so the couple decided to host the ceremony on their front lawn.

“Within like a half hour, had set up our front lawn,” Sharack said.

Bates later clarified that they set up the ceremony within half of that time, using the Nextdoor app to ask for help from neighbors. They blocked off the road in front of the couple's home, allowing friends to drive-by and wave.

“All these strangers just wanted to help, and it was so moving,” Bates said.

The neighbors ended up joining the wedding, all of them showing up in masks and adhering social distancing rules, while others drove by with signs.

“One woman in a neon bike helmet said that, 'I just really needed to be here,'" Bates recalled tearfully.

The couple had a good friend officiate the wedding, as family and friends from around the country watched on the Zoom video conferencing app. Even their four-legged best friend had a front row seat to witness the couple's ceremony.

“This community has come together through this,” Sharack said. “I think they all needed it, just as much as we did.” 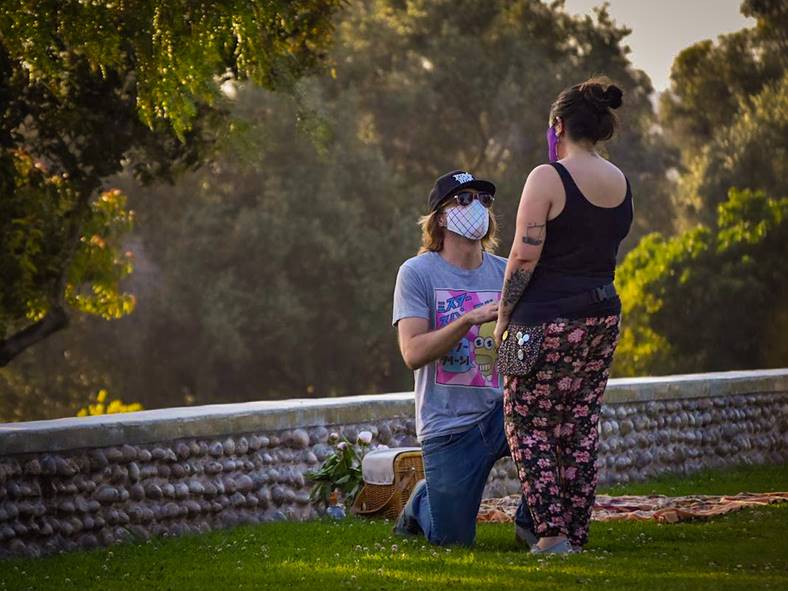 Pandemic Proposals: San Diego Rocker Proposes With Great-Grandma's Ring She Got During 1918 Flu 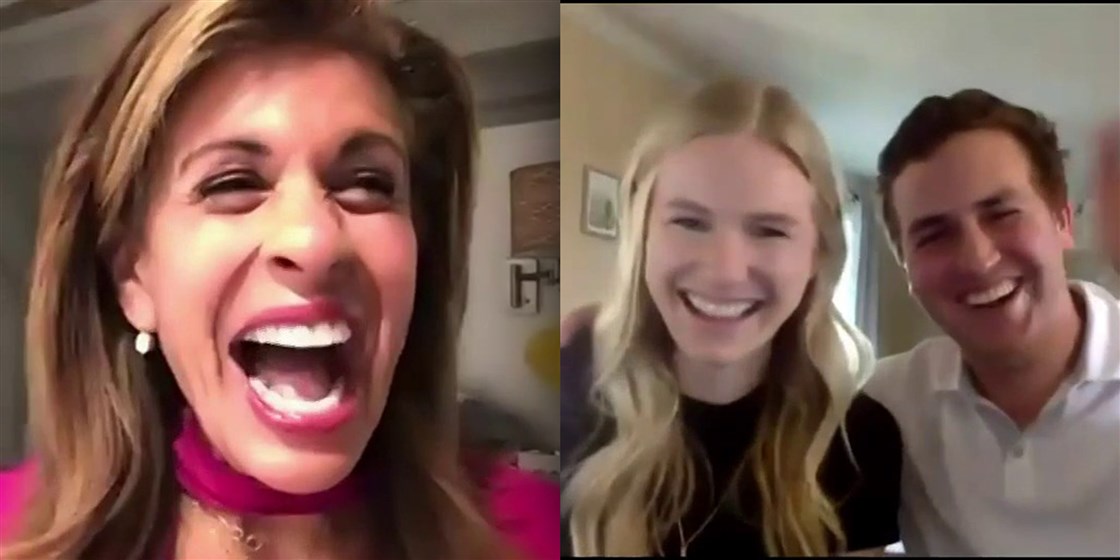 After their ceremony, they replaced their original one month honeymoon with a relaxing trip to the backyard.

“It’s been pretty fun, because we’re in France now,” Bates joked, clinking a glass of French wine with her husband’s glass.

The couple knew that this wasn’t the wedding and honeymoon that they imagined, but it’s become a weekend that they’ll never forget.

“It was amazingly memorable,” the groom said while kissing his new bride.