Driver Shoots Himself After High-Speed Chase

A driver who led a high-speed chase in a U-Haul pickup truck Wednesday afternoon through Southern California, weaving in and out of traffic with authorities in tow, shot himself in the Cajon Pass at the end of the pursuit.

The chase began in the Garden Grove area after a member of the man's family contacted police, saying the man had allegedly agreed to meet and return stolen firearms, the Garden Grove Police Department said.

When police arrived, the suspect took off in the truck, kicking off a multi-county chase through Anaheim toward the San Bernardino area, police said.

Police later said the weapons believed to be in the truck were originally stolen in a burglary in Fullerton.

As Garden Grove police and the California Highway Patrol pursued the driver, he drove on the freeway at a high rate of speed, weaving in and out of lanes and sometimes driving on the shoulder to bypass traffic.

An hour into the chase, the driver took the 15 Freeway heading northbound toward the Cajon Pass, at one point blowing a tire and riding on the rim.

The driver pulled over in an outlet on the side of the 15 Freeway and shot himself. 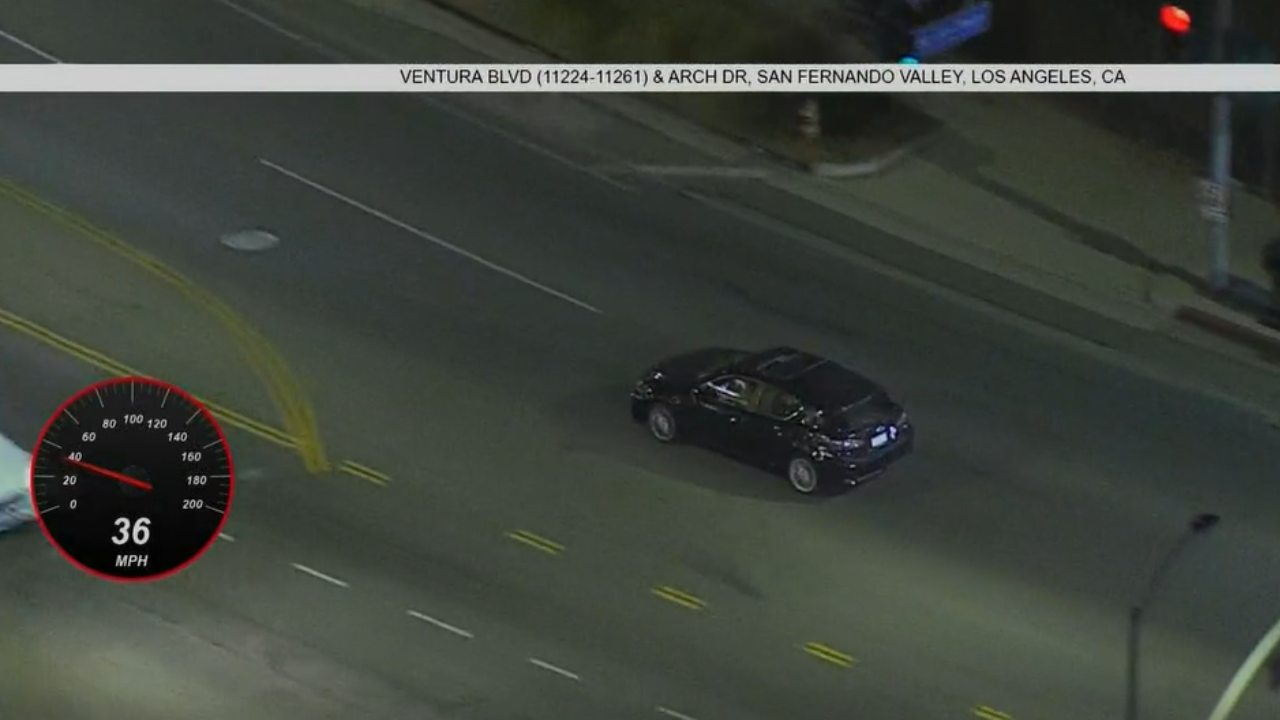 The man died, according to Garden Grove police.

Editor's Note: NBC4 would like to apologize for an unfortunate and sad incident that happened during 6 p.m. newscast earlier tonight. We were covering a pursuit suspect who was armed and leading police on a dangerous high speed chase. When that driver came to stop, he killed himself. Unfortunately we did not pull away from our shot fast enough. Our team would never intentionally show this type of act. Our commitment is always to our viewer. We sincerely apologize for what happened.