The driver involved in a pursuit surrendered Monday in the Long Beach area after police executed a PIT-maneuver on the vehicle.

West Covina police initiated the pursuit in Whittier after the driver, who is believed to be a burglary suspect, failed to yield. The high-speed driver drove on multiple freeways at speeds of 80 mph on slippery roads after scattered showers hit parts of Southern California.

The driver made a u-turn and headed the wrong way on a freeway ramp. 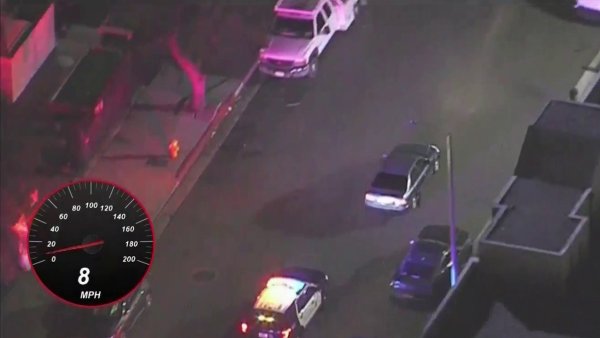 The pursuit ended at 10:57 p.m. on Long Beach Boulevard after the driver surrendered.