The pursuit in Gardena was one of three Thursday night in the Los Angeles area.

A man hopped on a moving big rig Thursday night in a desperate attempt to hide from officers during a pursuit in Gardena.

In video from NewsChopper4, the man can be seen running after getting out of a car near a 110 Freeway overpass. He apparently tried to flag down other vehicles before hopping onto a big rig as it turned at the intersection and went under the overpass. 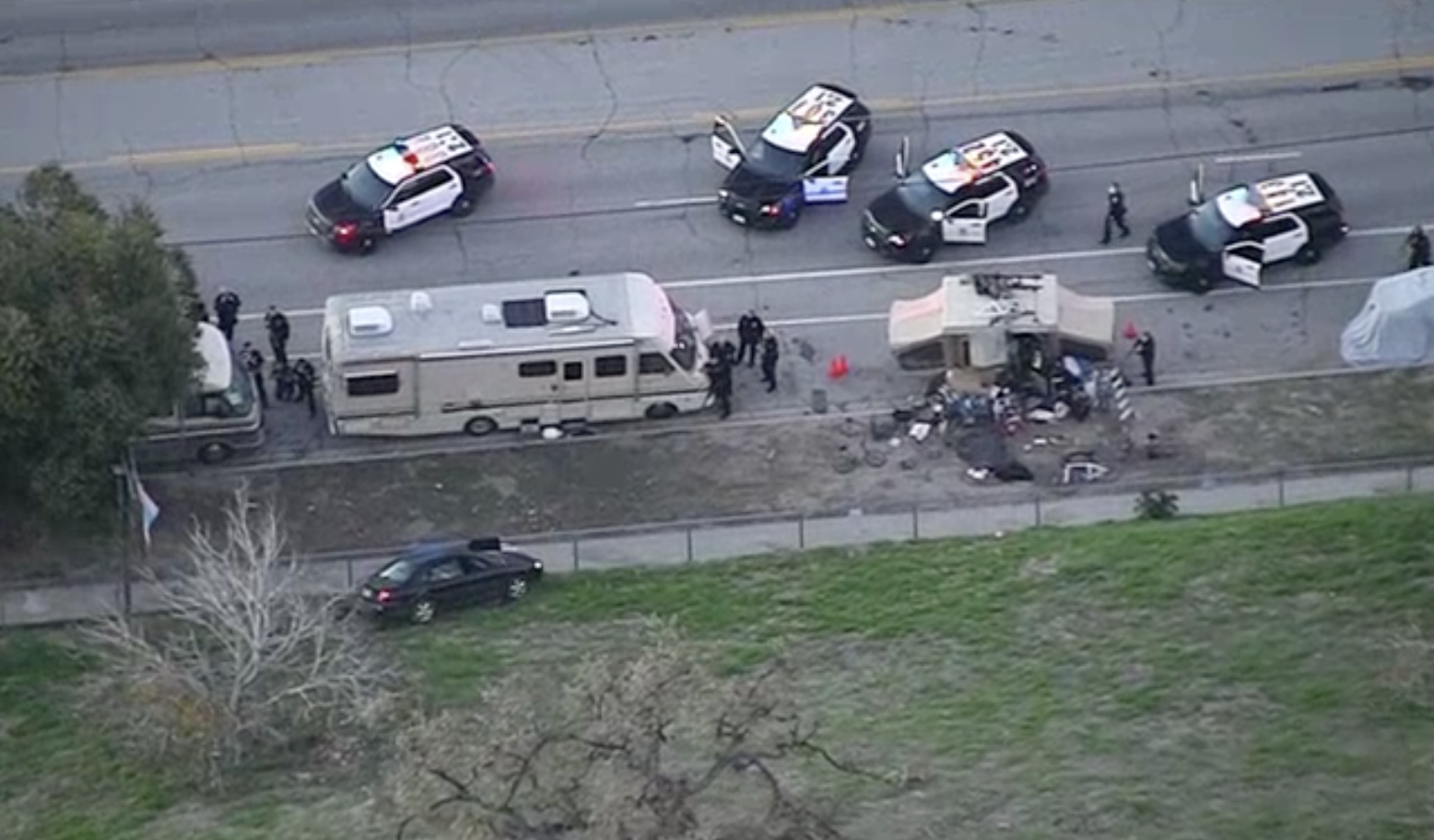 The man in a gray hoodie and red shorts hitched a ride on the back of the tractor unit cab for several blocks.  He eventually hopped off and began walking, but was soon apprehended by officers.

It was not immediately clear what led to the chase.

The chase was one of three Thursday night in Los Angeles, including one that involved a stolen parking enforcement car. Another ended in an hours-long standoff after a chase through a riverbed.