This article has been updated.

A man suspected of kidnapping a woman and leading police on a chase through the San Fernando Valley was taken into custody after hiding out inside a Burbank performance theater Friday, officials said.

The man's family told police he had a weapon, according to Los Angeles Police Department spokesman Jack Richter. He led officers on a pursuit down the 5 Freeway from where they said a woman escaped.

A man who identified himself as the suspect's father later told NBC4 no one in the family told police he had a weapon. Police could not clarify who originally reported that information to officers.

Police followed the suspected kidnapper to the parking lot at the Burbank Town Center and eventually into downtown Burbank's Colony Theatre.

"My terror was, we have a show running right now!" Beckley said. 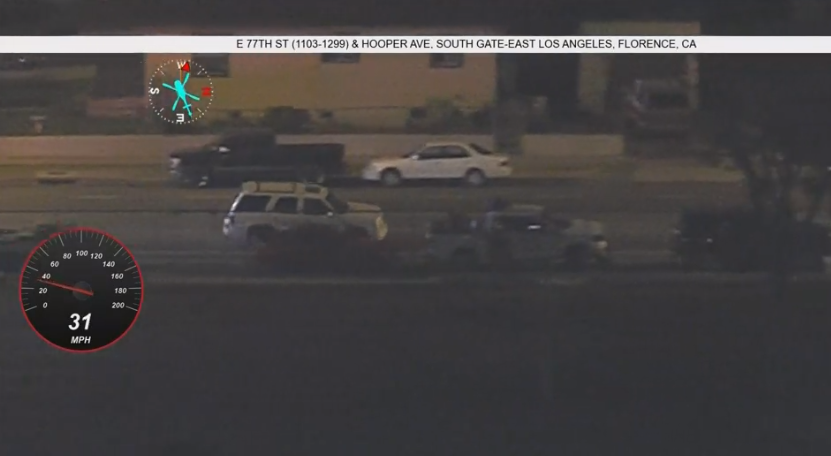 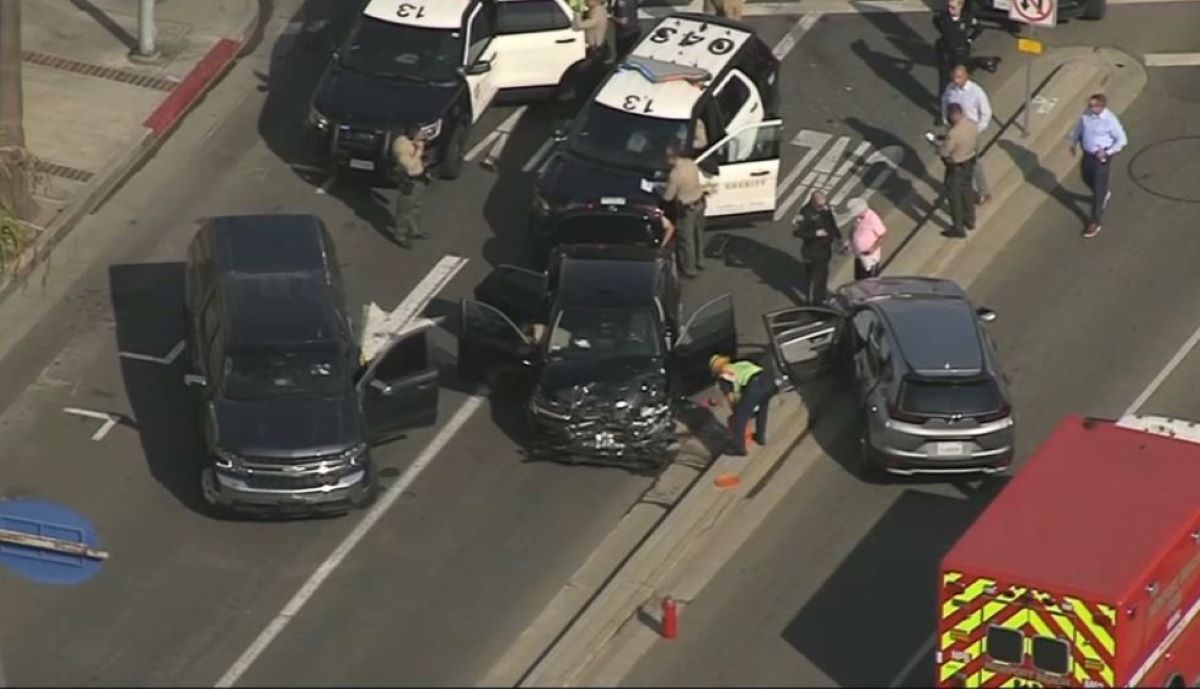 The stagehand called Beckley on the phone to tell her what was going on, and ushered the staff outside.

The man then made his way into the theater's top floor, where stacks of costumes and props lined the walls, Beckley said, describing the path as a confusing maze that sometimes gets her actors and actresses lost.

"Sometimes, real life is a lot more dramatic than stage life," she said. "The show must go on!"

Police found the man in the theater about 12:30 p.m. and led him outside in handcuffs.

The 21-year-old woman who police said was kidnapped on Thursday is safe, according to LAPD spokesman Rosario Herrera. She escaped at La Tuna Canyon Road and Sunland Boulevard at about 10:25 a.m. on Friday.

Burbank High School was temporarily placed on lockdown as a precaution.