The California Highway Patrol said it was a miracle no one was seriously maimed or killed when the driver of a stolen utility truck leading a pursuit slammed into an SUV with a mother and baby on board.

Two UPS drivers witnessed the crash, and rushed to help.

“I’ve never seen anything like it. The car just came out of nowhere!” said Shane Young, a seasonal UPS driver. 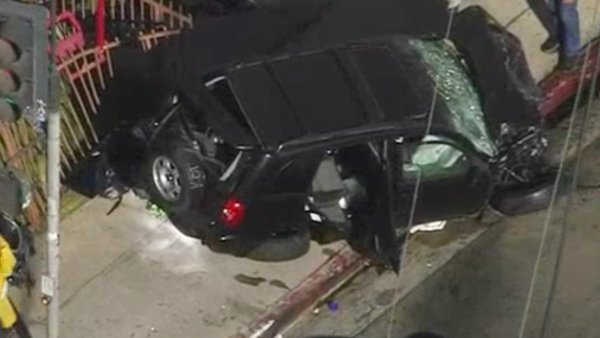 Pursuit Driver Slams Into SUV With Woman and Baby Aboard 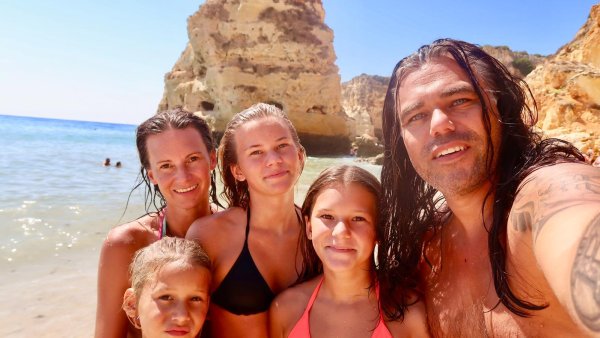 The pursuit began when the driver of a truck allegedly stole the vehicle more than 70 miles away in Redlands from a work site. The chase continued until reaching the Van Nuys area, where it slammed into a black SUV with a woman and baby aboard Wednesday at Saticoy and Gloria streets.

The company's owner of the truck, Valstein Pfeifle said his anti-theft tracking app, called "Samsara," clicked on and gave him real time GPS coordinates as he went after his truck, following the driver to Van Nuys. Dashcam video also provided live footage of the front of the vehicle and the driver's seat.

The utility vehicle was seen speeding down the street before plowing into the black SUV, forcing the SUV -- with mom and baby aboard -- to spin around and plow into a fence near an apartment complex.

Shane Young and Enrique Garcia, both seasonal UPS drivers on the job less than a week, were at a light when the crash happened right in front of them.

"All of a sudden there is glass flying everywhere," Young said.

Young, who is CPR certified , jumped from the truck and ran to help.

"Once it kind of kicks in, the adrenaline, then you don’t really think. It’s run here, do that. At first it’s shocking and taking everything in," he said.

He saw the woman being dragged out of the car and placed on the sidewalk.

There is video from inside the suspected stolen truck that crashed into an SUV that had a mother and baby inside. Gordon Tokumatsu reported on NBC4 News on Wednesday, Dec. 2, 2020.

Another UPS driver got the baby out, amazingly unharmed.

"It was kind of sad, you know because the baby was in there and something I can't explain," Garcia said.

It could be considered a miracle in Van Nuys, now that the mom and her baby are expected to be OK.

"I wanted to cry, man. It was incredible because they put the baby next to the mom and they took the mom’s hand and they held hands," Young said. "The relief of everyone being OK, it was just a miracle."

The driver was taken into custody after he ran from the utility truck.