After deputies chased a man tearing down a riverbed on a dirt bike in the Bellflower area Wednesday, they caught him amid some type of film shoot.

The rider was spotted on surface streets near the 605 Freeway and Rosecrans area before he took off down a riverbed.

In an attempt to outmaneuver authorities, he spilled his dirt bike down gravel along the riverbed. 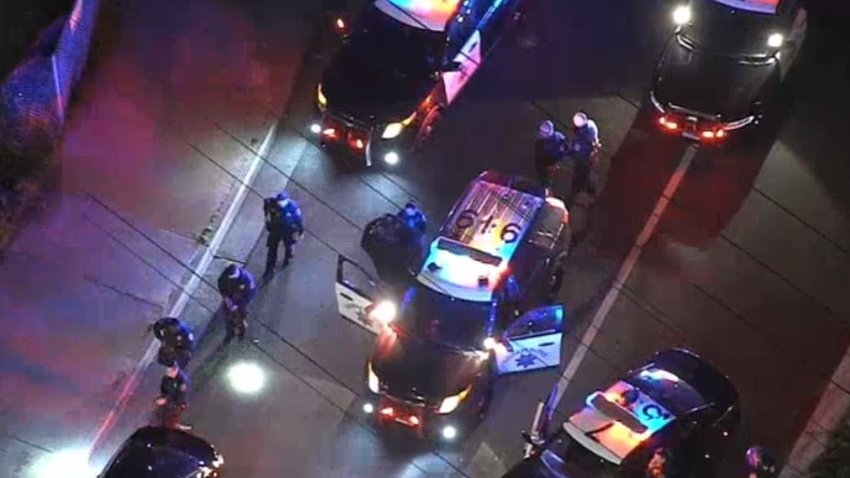 After fumbling with his bike, he began running through a residential neighborhood.

Deputies drew their weapons as they converged on the man in the middle of some type of film shoot.

He was eventually taken into custody along railroad tracks in the Firestone Boulevard area.

It wasn't immediately clear what he was wanted for other than failing to yield to a traffic stop.