A dangerous police pursuit in the San Fernando Valley Monday started after officers witnessed the driver throwing narcotics and a gun from the car, Los Angeles police said.

Newschopper4 Alpha was over the chase around 5:50 p.m., with the dark sedan traveling at high speeds and ignoring the rules of the road.

The dark sedan exited the 170 Freeway around 6 p.m. in the city of Pacoima. The driver took the chase vehicle on the wrong side of the street and nearly crashed into multiple vehicles while exiting the freeway.

The LAPD said it pulled off the pursuit on the ground, which is usually a tactic used when a pursuit driver is driving in a dangerous manner. An LAPD helicopter was still visible overhead and appeared to be monitoring the vehicle.

The vehicle was hitting speeds of 70 mph to 80 mph on surface streets, going into shopping centers and gas stations to seemingly cut intersections and avoid lights. The car often used the center divider to pass vehicles and avoid traffic, driving erratically.

Shortly after 6:30 p.m., the driver pulled over and got out of the car, before grabbing a seat on the curb. A small group of people appeared to approach the man and talk to him, but police showed up a short time later and the people backed away.

Relatives of the man lived in the home near where the pursuit ended, police said. 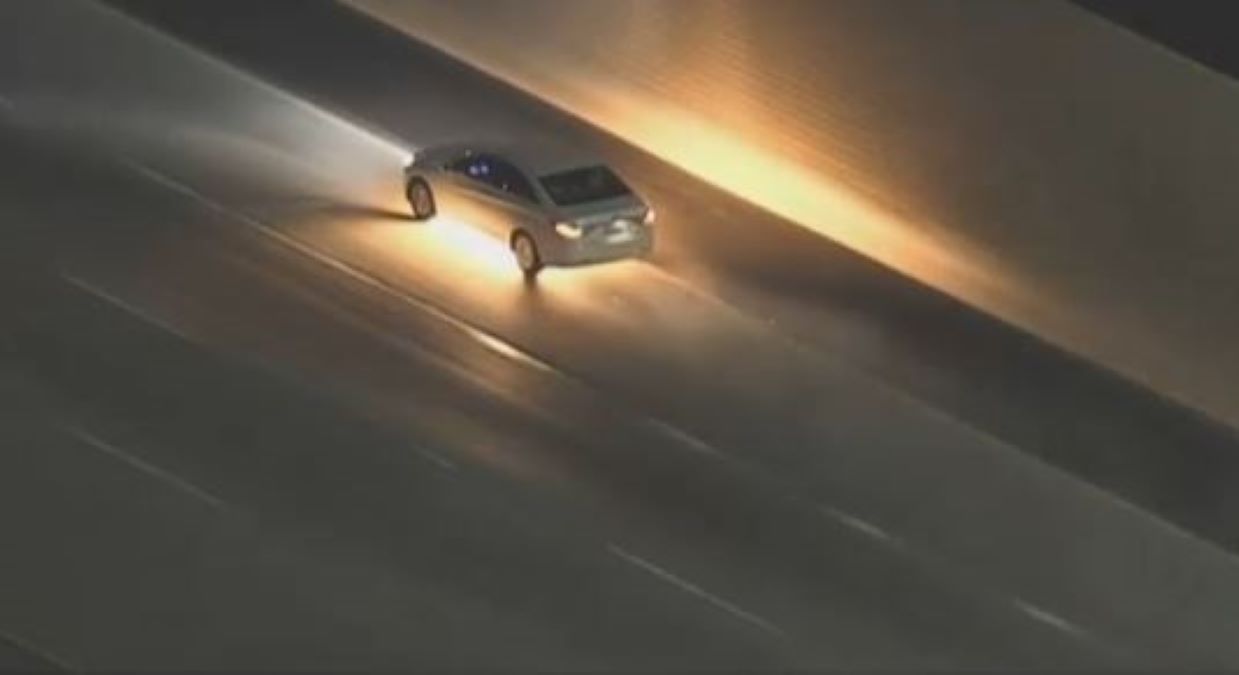 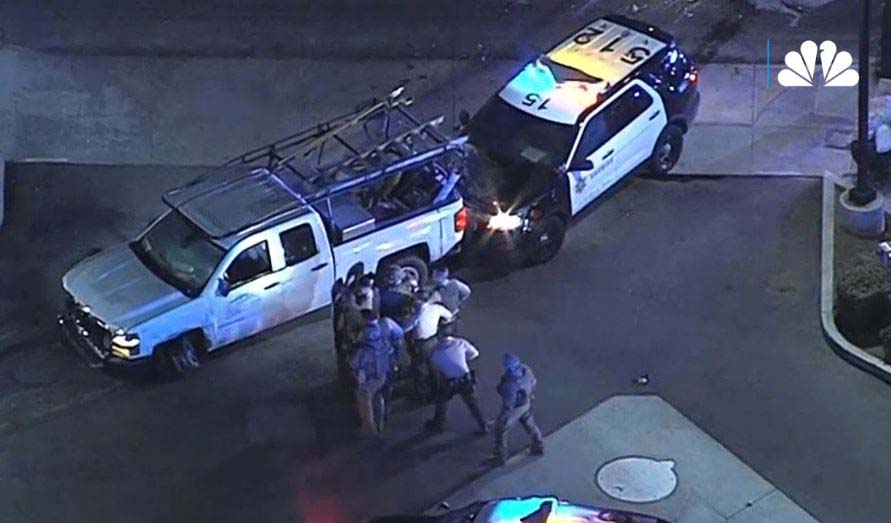 The man appeared to comply with instructions and was arrested. No other people were being sought, according to the LAPD, who said the vehicle was not stolen but did not belong to the driver.

Robert Kovacik contributed to this report